When was the last time you saw an asymmetrical car? Made of steel, it sports a souped-up version of the Valiant’s 225 Slant Six – 1960 Plymouth XNR Concept Car.

Halfway through the 1950s, most of Detroit’s dream cars were greatly influenced by jets and rockets. Excitement over extended tailfins and aesthetic wings. While Chrysler Corp focused on performance and gave styling little attention, its Plymouth division did so and was in par with Chevrolet and Ford. One of the possible next steps to improve the appeal of the Plymouth products was to extend the range with a sports car. 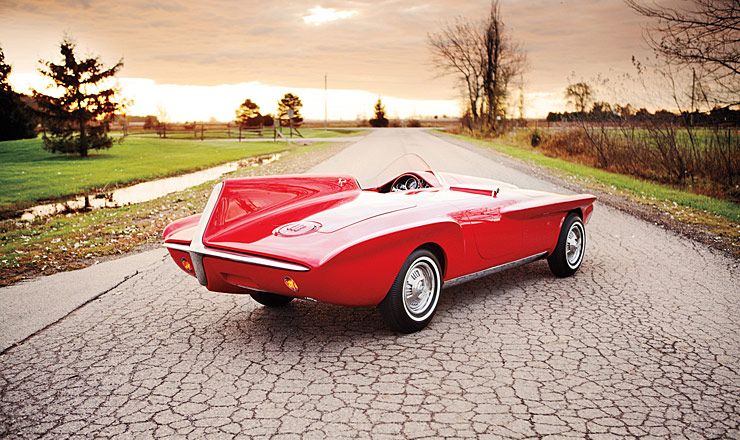 Plymouth tasked designer Virgil Exner to make up the ground lost to the Ford and General Motors styling departments. No one would disagree that Virgil Exner is one of the greatest automotive designers in history. Period.

He penned a radical, asymmetric roadster, which borrowed cues from both the contemporary Watson Indy Roadster and the Le Mans winning Jaguar D-Types. The actual body for the show car was constructed by Carrozzeria Ghia in Italy, following the design drawings made back in the United States. 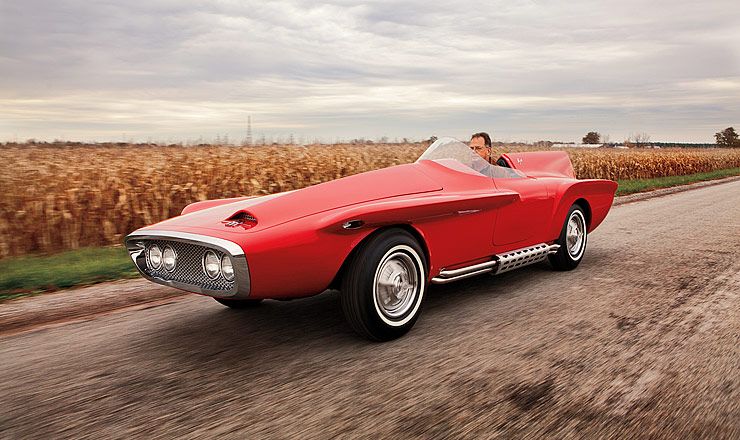 The XNR (originally called Asymmetrica and later named for the design chief himself after Chrysler let Ford Motor Company have the Falcon name) was built on a modified 106.5-inch Valiant chassis, with a dramatic, asymmetrical shape that polarized onlookers. The low riding roadster measures 43 inches high, 195.2 inches long and 71 inches wide. 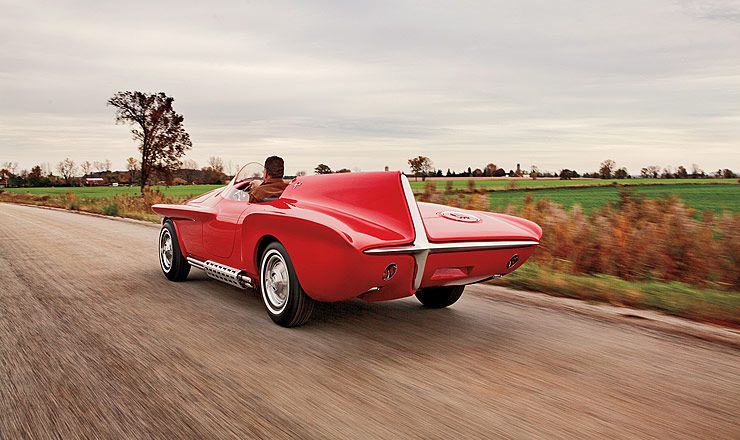 For the XNR, a high-revving 170cid Slant-Six engine prepared to NASCAR specs unit was fitted with a high-performance kit, which included a four-barrel carburettor and specifically cast headers complete with double side exhaust pipes. In this specification, the ‘Slant Six’ produced around 250 bhp.
A better camshaft, high compression, improved exhaust, and a new streamlined fiberglass nose was specifically made to improve performance eventually propelled the XNR to go past the 150 mph mark and reach a record of 152 mph. Exner and Chrysler management were really thrilled with the results of the XNR. From every angle, the Plymouth XNR was a striking machine, but the rise and fall of Virgil Exner is one of the saddest stories in the wild west of car designing in the mid-fifties to early-sixties. Despite being an acclaimed stylist, the company fired the man behind the 1947 Studebaker Starlight, the Chrysler Firearrow concept cars, and the 1955 Chrysler 300 and Imperial that brought the company’s old boxy designs into the modern age. 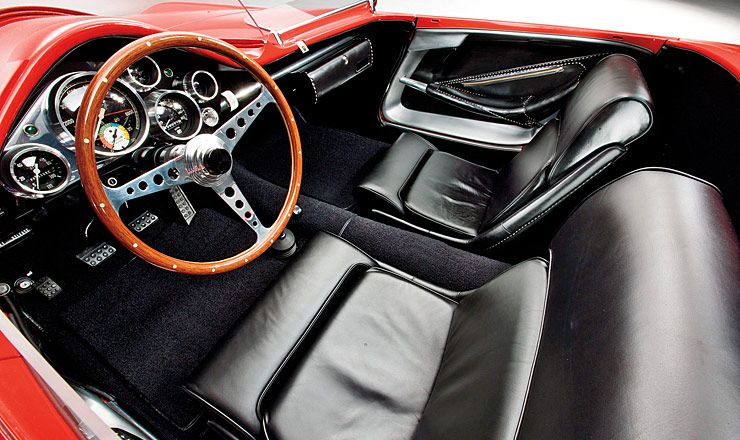 Chrysler decided there was just no market; even if there had been, the styling would likely have seemed just too far out to sell well. Finally, Exner’s abrupt firing in 1962 killed any chance the design might have had for being refined into something more practical for production.

As for Plymouth, you could say the brand never gave up its wish to compete with Chevrolet’s Corvette. When Chrysler styling enjoyed a renaissance in the 1990s under Tom Gale, what is arguably the spiritual successor to the XNR bowed first as a show car, then as a limited production model. They called it the Prowler.