For the last 48-years, a 1972 Corvette 454 convertible with less than 1,000 miles on the clock has been stowed away in a dusty garage in Pittsburgh. 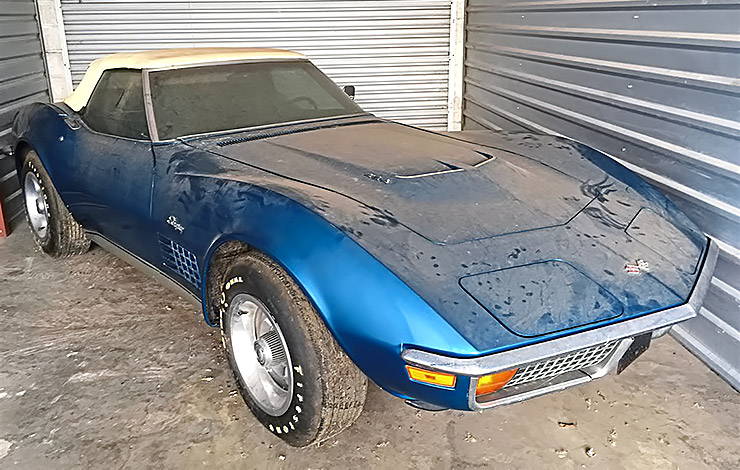 Jim Kevan bought the car when he was 21-years-old and had a bit of disposable income. He visited a Chevy dealership in Pennsylvania with the dreams of buying a 1972 ZR1 (only 20 ZR1 Corvette convertibles were produced in 1972), telling the salesman he wanted a car that couldn’t be beaten on the streets. At that time, only a Corvette was able to beat his 1967 Pontiac GTO.

After that idea was scoffed at by the sales guy, Kevan ended up bringing home a white-topped, blue 1972 Corvette convertible with 4-speed manual and LS5 454 big block engine (1,617 built that year). The massive 7.4L powerplant was only rated at 270-horsepower, but Jim was ready to squeeze more out of it. The problem started when Jim got the Corvette home and found out that it would $1,200 a year to insure the car, which would be $7,000 in 2017 terms.
–

Jim decided that the only option he had was to park the car after driving it around a few times and taking it to the dealer. His plan was to keep it in the garage until he qualified for lower rates, or he made enough money to afford it.
– 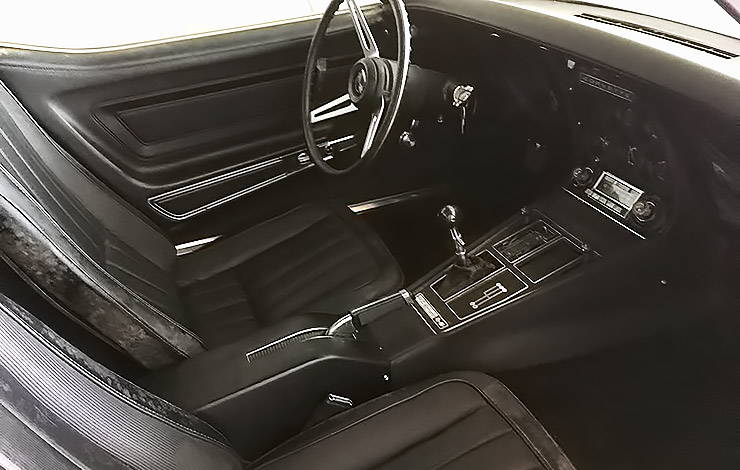 He figured he would start driving it when he was 25 and the insurance would drop to $400 a year. He also wanted to keep it under 1,000 miles since he knew he couldn’t afford to drive the car. As what usually happens to a lot of young Corvette owners – life gets in the way. Four years later, he had a house, a son and a daughter and still couldn’t afford to put the Corvette on the road.

Almost five decades later, the Corvette has only clocked 914 miles of road time and looks like it just drove off the showroom floor, kind of…it does need a bit of cleaning from many years of storage. Some of the engine bay components need to be replaced, like rubber parts that have succumb to time.

All this being said, the owner isn’t actually trying to sell it. However, the car could probably pull six-figures at the right public auction, on the right night. On the other hand, if he hadn’t let the salesman talk him out of the ZR1, he would have no trouble grabbing over $200k with that kind of mileage. 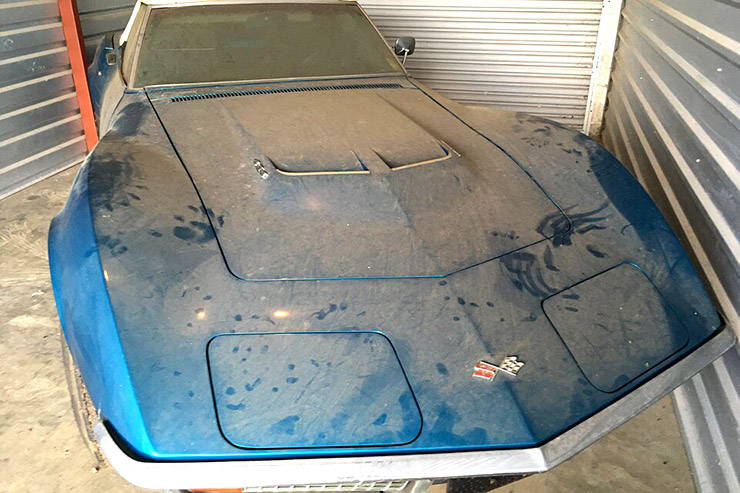