Lamborghini Diablo is one of the most iconic supercars and symbolizes everything Lamborghini is known for: futuristic styling, extreme performance, and exclusivity.

“Special Edition” is a phrase thrown around a lot in the automotive world. Manufactures will paint a few cars an odd color, slap on a badge and call it special. In the supercar world where limited production numbers are the name of the game, special edition means collector’s piece or museum prize. 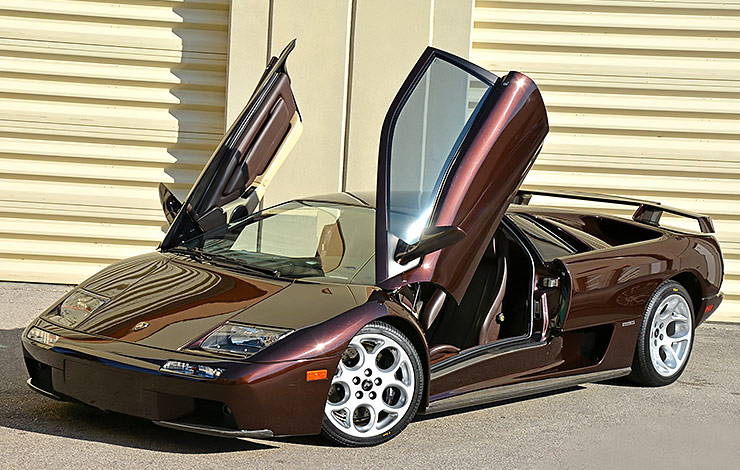 What we have here is truly rare, literally the last Lamborghini Diablo to roll off the Sant’Agata Bolognese assembly line, number 40 of 40.

This very car was the end of an era. The Diablo changed the future of Lamborghini forever and helped the raging bull’s flagship supercar evolve into a 700hp all-wheel drive monster. The Diablo was introduced in 1990 as the replacement for the insane Countach. It had all the right stuff to make It a true supercar with scissor vertical doors, a mid-mounted V12 producing 500hp, and top speed of 202mph. 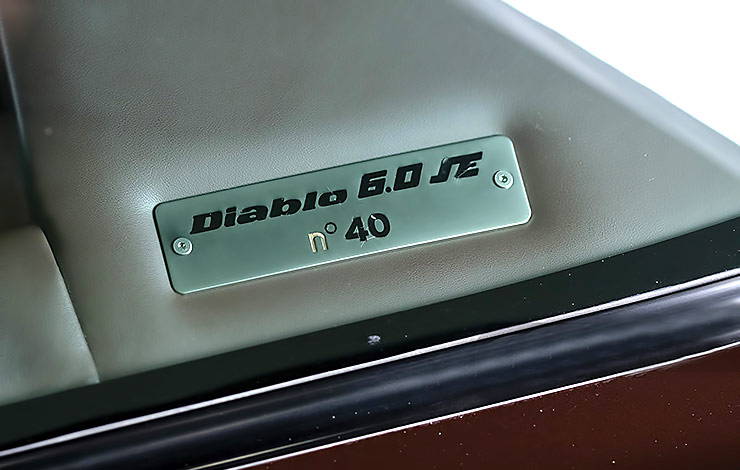 By 1991 the Diablo was the fastest production car in the world reaching 207 mph. The evolution continued from there with the addition of the VT model, which stands for viscous traction, which introduced the all-wheel drive system to the Lamborghini supercar. This 2001 Lamborghini Diablo 6.0 VT SE carries over the final and best version of the system. The first two characters in the final Diabo’s name are perhaps the most significant — they stand for Viscous Traction. That means a viscous-coupling all-wheel-drive system.

Only forty cars were built — making them the rarest of the Diablos — split evenly between two colors. Oro Elios, a gold metallic, was meant to symbolize a sunrise, while a Marrone Eklipsis, a brown metallic, was inspired by the sunset. Considering this was the final car it would only be fitting to be finished in the sunset color of Marrone Eklipsis. Inside the interior is dressed in a lovely espresso brown leather. 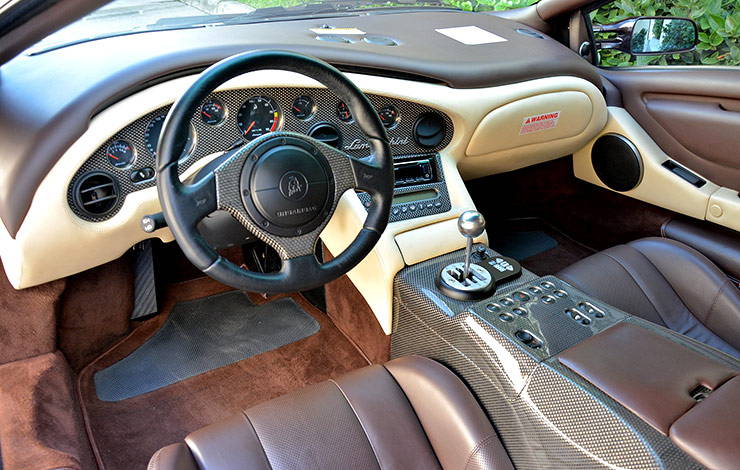 For the SE, the carbon fiber was woven with bits of titanium for an interesting metallic shimmer when the light was just right. Appreciating every detail of this car is something that takes time and a keen eye. The gearshift and instrument cluster rings are made of titanium, a connection to the high-tech materials that had just found their way into the engine bay.


Under the rear hatch you will find a jewel like V12 with a pair of gold covered magnesium intake runners. Surrounding the 550hp 6.0 Liter V12 is a blanket of carbon fiber which hints at the construction of the crazy shaped body of the Diablo. 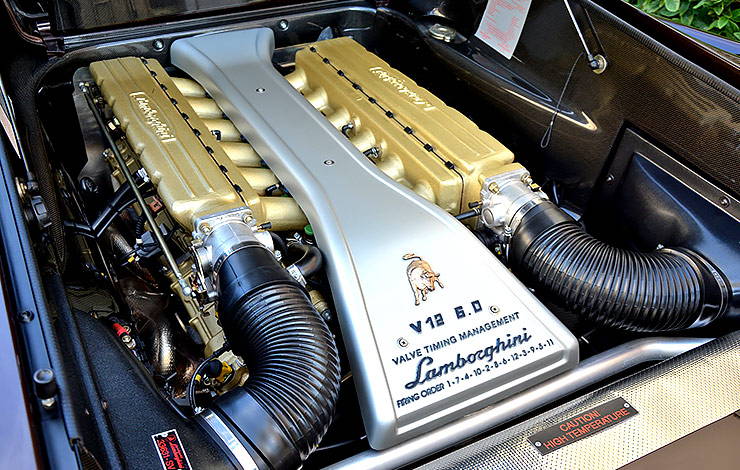 What a shape it is, with proportions that make this Italian beauty stand out from the crowd. This car has hips of Kim Kardashian and the booty to match it. Just to give you an idea the Diablo is 4 inches wider than a BMW 7 series, baby got back. 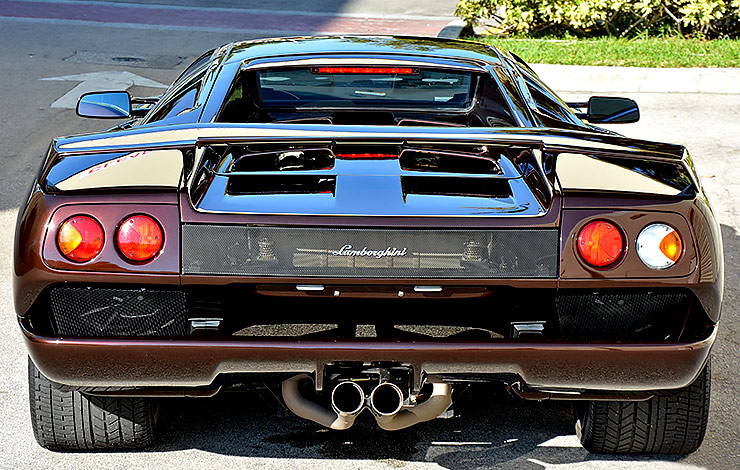 The Diablo may be over 30 years old but the styling will still have the valets fighting for the keys and the gold diggers chatting you up at the bar. I know the Aventador and Hurican are hot cars, but I promise you a limited edition bull like this is a future classic and will hold its value down the road. 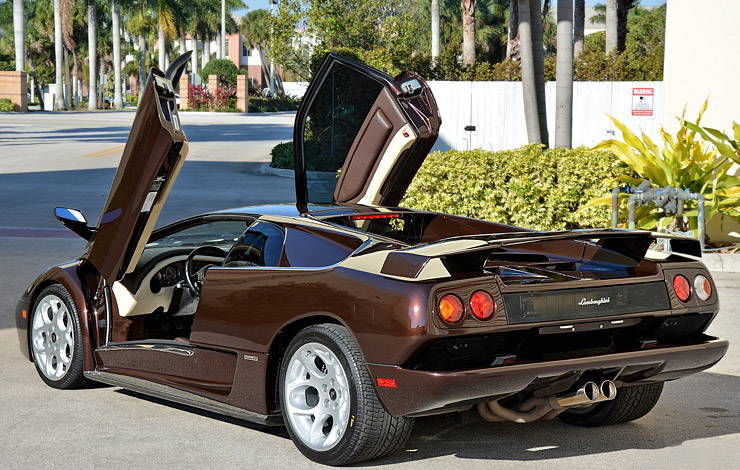