High performance and low cost were Plymouth’s design goals for a brand-new model in 1968. The company believed that the time was right for a factory hot rod for the youth market, and its guess was right on the money. It would have the macho name of Road Runner.

It was also a very “B Body” budget-friendly machine, which made it another very important reason for purchasing. The high cost ruled out many of the muscle cars of the era.


Less money meant less chrome on the body, along with fewer options. In fact, those that intended their Road Runner for the drag strip sometimes ordered the Runner with the small hub-cap-style wheel covers and even deleted the radio.
A member of the Belvedere line, the new model came with a stock 383cid engine capable of 335 horsepower. But that was just the beginning, the awesome 426 Hemi and 440 Six-Barrel engines would become available the following model year. 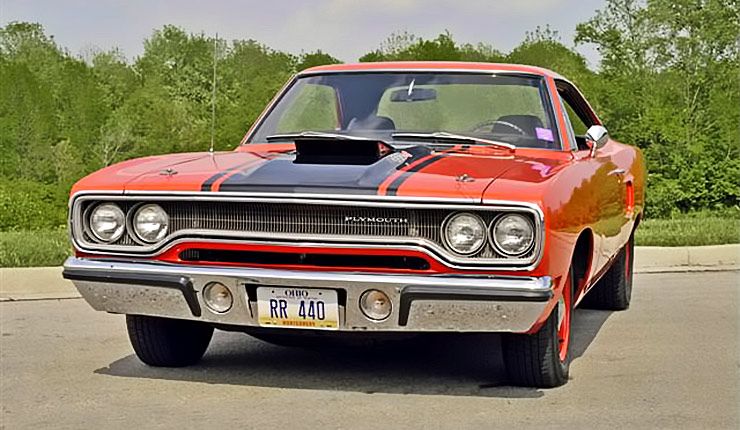 Of course, the Hemi has been a legend for many years, but that triple-carbed 440 engine had adopted a cult following of its own. A significant body change had been planned for the ’70 model, but that would be put off until the 1971 model year.

The 1970 440 continued to be capable of 390 horsepower when equipped with the so-called Air Grabber induction system. That interesting system provided a solid connection between the hood scoops and engine once the hood was closed. The sides of the pop-up Air Grabber door were eye-catching with evil-looking shark’s teeth etched on the sides. 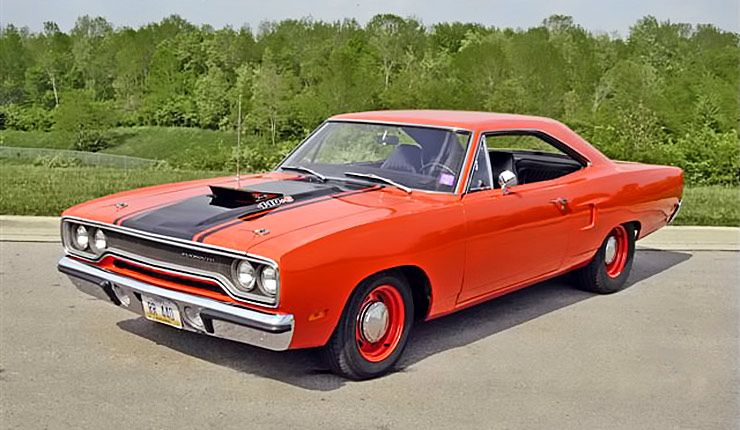 The front end was menacing-looking with the blackout grille containing twin headlights mounted in its ends. The agressive bumper contained a pair of round parking lights on either side of the license plate.

When looking at the ’70 Road Runner, and comparing it with the other garnish MOPAR muscle machines of the era, it appeared downright stripped. Oh, there was a stripe and 440+6 lettering on the hood, but that was about it. About the only eye catcher was the simulated rear-fender-scoop cut-out. 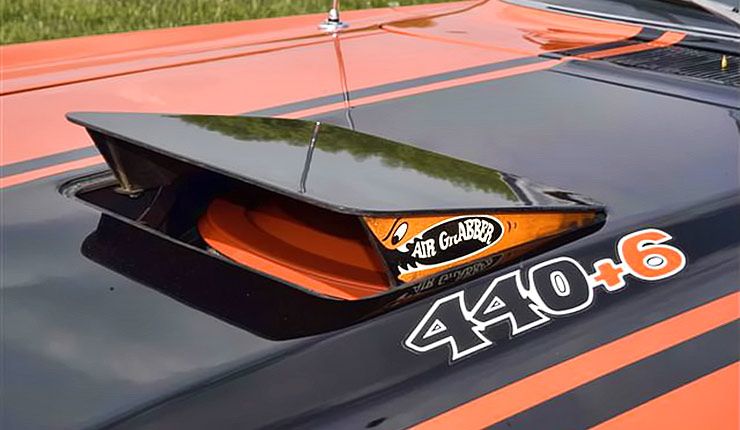 Some of the models did, however, have a dust trail that reached from near the front of the front fender and disappeared into that scoop.

The only sizable name identification externally was the “Road Runner” lettering contained in a stripe located on the rear end of the car, just above the tail lights. As far as engine identification, in addition to the aforementioned 440+6 designations on the hood, there was also a “440” in the rear of a hood bulge.

With that famous name, the company made the most of it with a special horn to sound like that famous cartoon bird. The horn made the Road Runner ‘Beep Beep’ sound which was unmistakable.

Mike Cenky of Huber Heights, Ohio owns a ’70 Road Runner hardtop with such an six-barrel 440 engine installation. A retired phone company employee, Mike acquired the four-speed model in 1988 in “fair condition.” I redid the powertrain and suspension system which both needed attention.”

As he was restoring the Road Runner, Mike came across some interesting clues that provided firm indications of the car’s early history. “The engine had a scatter shield, there was an indication of once having a drag-style line-lock set-up, and the rear wheelwells had been trimmed for large racing slicks.

“I bet that it made many runs down the drag strip during those days.” He indicated, though, that type of activity is not in his plans for the orange beauty. “Oh, I might get on it once-in-awhile, but that’s about it!” 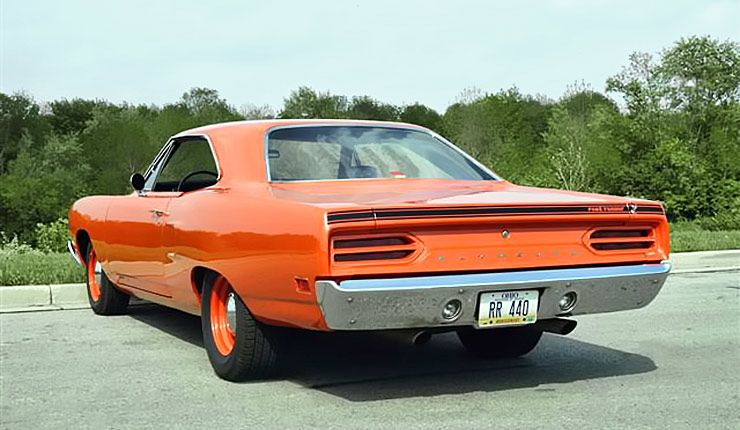 Cenky did, however, make several minor changes for better driving comfort.  “I used a wider eight-inch rear wheel. Then too, I changed the factory 4.10 ratio rear end to a 3.54 unit which makes the car much more streetable.” For a cleaner look, the small Road Runner decals-normally on the front quarters-and small chrome RR emblems on the rear quarters.

The car is coated in a flashy Tor Red color, a color which is carried to the exposed wheels which carry the small wheel covers, and in MOPAR style, also into the engine compartment. It’s highlighted with that broad black hood stripe which contains the hood scoop and is outlined by two narrow stripes. There is definitely a racecar look about this stunning machine.

Cenky explained that even though the car is 36 years old, most people at car shows know exactly what it is. “I am always hearing from them that they owned one or knew somebody that did,” he explained. 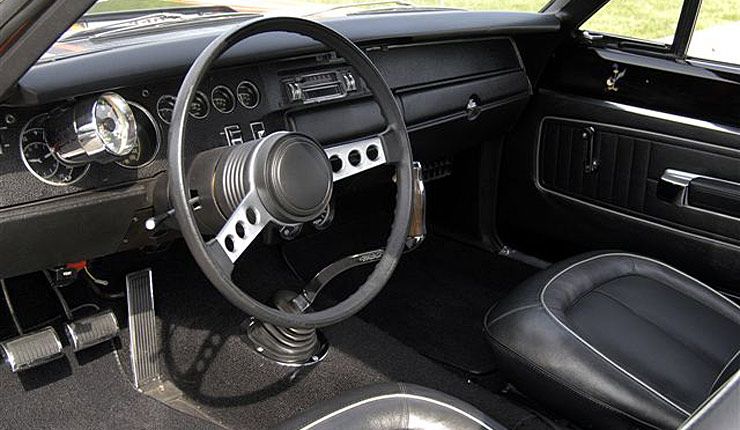 Mike’s long been a Chrysler fan, and it comes naturally. “My dad worked for the company for many years and all we ever had were Chrysler cars.” And over the years, Mike has owned a number of vintage performance MOPARs, including a ’67 440 R/T, a ’70 Dodge Challenger 440 Six-Pack, a ’72 340 Plymouth Duster, and a ’70 Chrysler 300.
“There is no mistaking the look of those Chrysler-built ’60s and early muscle machines, and they are certainly a favorite of mine.”
And ours too!

Who said the French can’t do anything right? Cesam’s 2006