It’s not everyday that you see a 5-foot-tall gal hopping out of one of the baddest lifted rigs built to date.

Keena Bryant  jumped into the automotive industry head first about nine years ago, after meeting “Mr. KEG Media” Robbie. Since then, the truck scene has been a long-awaited love that continues to grow, as evidenced by her very own SEMA build, this killer Toyota Tundra SR5 Crew Max dubbed “Aphrodite.”
– 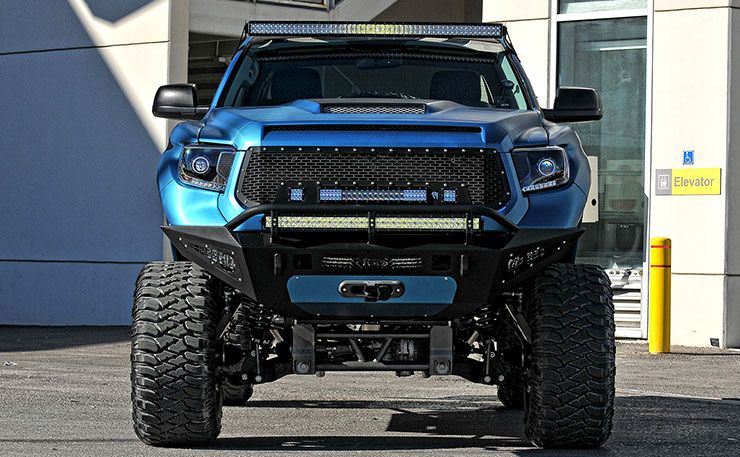 For years, KEG Media has been at the top of the concept and design game spearheading some of the industry’s best builds. Robbie Bryant and the KEG Media crew have created some stellar builds, with crunch times resulting in the Bryants sacrificing downtime to finish builds.
So, when his wife Keena piped up about wanting to have her own SEMA build, Robbie couldn’t resist. Keena knew she wanted to do the new Tundra, but in true KEG Media fashion this one would in no way resemble the one that rolled off the factory assembly line. With a handful of suggestions from Robbie and a unique sense of style set forth by Keena, the truck came together to be one of the baddest lifted Tundra out there.
– 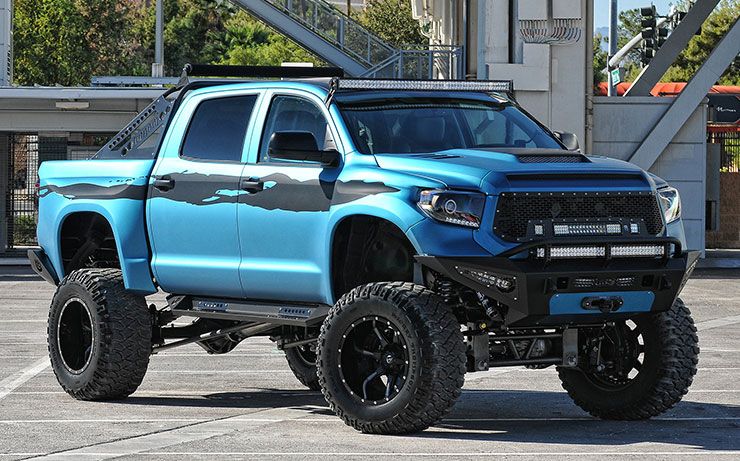 Going into the build, Keena knew exactly what she wanted: a modern Tundra with Addictive Desert Designs Honey Badger Series bumpers to start. The only problem was that the Honey Badger bumpers were not available for the ½-ton Toyota at the time. They put their heads together and with superior rendering skills on their side, KEG drew up a rendering of Keena’s truck, filling in Honey Badger-esque bumpers where the factory ones once were.

After seeing the rendering, Addictive Desert Designs signed on for the project, asking the couple to ship the Toyota to the company’s Mesa, Arizona headquarters so that they could use the truck to create the bumpers from scratch.
– 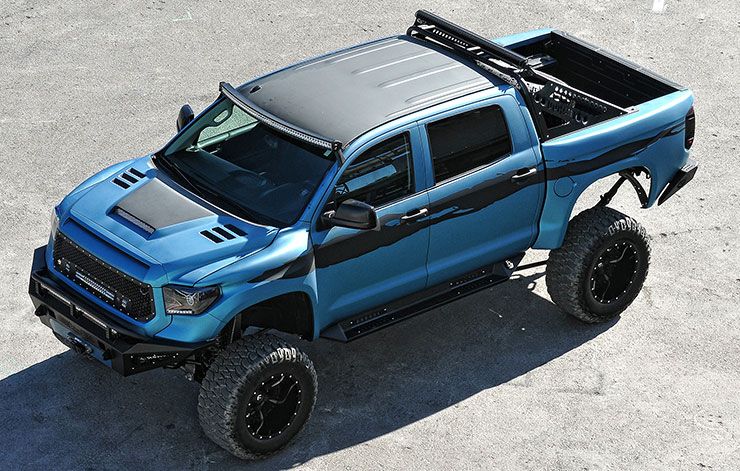 Additions like the RK Sport ram air hood, Rigid Industries grille with LED light bars, A.D.D. Venom chase rack and a Scorpion bed liner tucked under the OR-FAB spare tire carrier only added to the beastliness of the build. Another thing that was a must on Keena’s wish-list was the color choice, which threw another curve ball into the build, since there aren’t many matte teal wrap options out there.

But ever the resourceful and determined couple, they finally found the perfect exterior finish in the form of Avery Dennison’s Matte Lagoon Blue Metallic wrap. 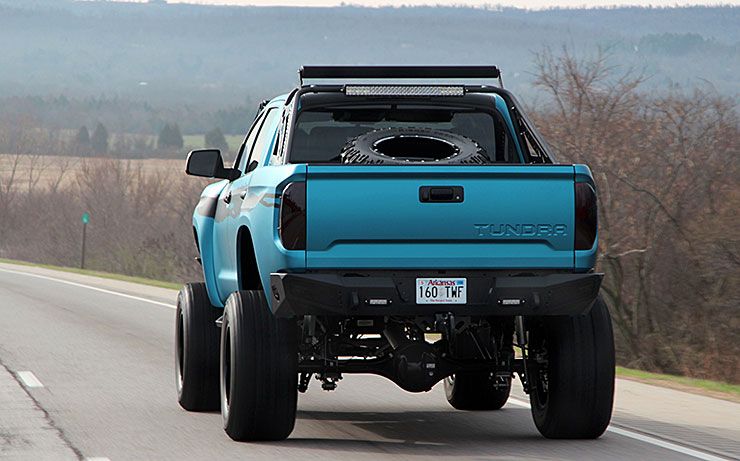 As Keena intended to drive her truck as much as show it, performance was also an important aspect of the build. Under the hood, the stock 5.7L V-8 tied to the factory automatic transmission is boosted a bit thanks to an S&B Filters cold air intake, Doug Thorley ceramic-coated long-tube headers and a full MBRP exhaust. 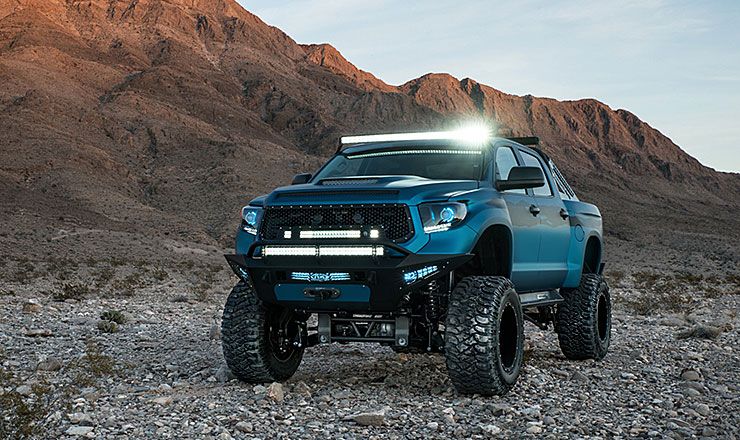 The Complete Customs crew is responsible for guiding this build through to the finish, and they went to town on a custom Bulletproof 12-inch lift in the front and an Atlas 10-inch lift in the rear. The rear track bars and front spindles also come from Bulletproof Suspension, while Icon Vehicle Dynamics shocks help keep the Fuel Off-Road wheels and 38-inch Mickey Thompson Baja MTZ tires on the ground at all four corners.

A true top-notch SEMA build, this truck has gotten a ton of attention, and rightfully so.