After grabbing the attention of a state trooper at 100 mph, this Kawasaki H2 rider simply twists his wrist and blasts away at mind-blowing speed…

Superbikes can achieve 200 mph. In just glance of the eye they reach incredible speed. Add to this, that this kind of vehicles doesn`t depends on traffic. Bikes are usually line splitting, and this means, that they can ride between cars, that are stuck in the traffic.


Kawasaki Ninja H2 is one of the quickest bikes that you will come across cruising about on the streets, featuring a supercharger setup. Kawasaki H2 making it as powerful as 200 hp while tipping the scale at only 529.0 lb (240 kg) wet (with all the necessary fluids) coming close to the magic number of 1000 hp per ton power to weight ratio. 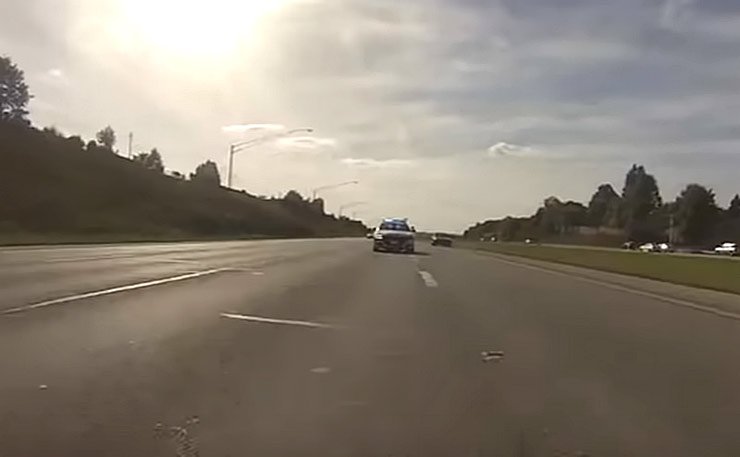 This time, the rider of the aforementioned Ninja H2 finds that he has a police cruiser on his tail and instead of slowing down to figure out what the officer is looking for, he decides to matt the throttle, weaving dangerously in and out of traffic to evade the law enforcement tail.

At around 100 mph the police cruiser decided to engage in a pursuit, that had the faith of ending before it begun, of the supercharged beast, but the rider performed a maneuver called “drop a gear and disappear”. With that in mind, a Dodge Charger police cruiser doesn’t even have close to a snowball’s chance in hell of keeping up with the likes of a Kawasaki Ninja H2.