Japan has a long-standing tradition of decked out trucks – think “Pimp My Ride” on steroids, and with a sci-fi twist.

Dekotora – literally “decorated truck” – is the practice of adding bling-upon-bling to ho-hum working semi-trucks to the point that they’re more covered in shiny, flashy accessories than a display window at Tiffany’s. In English, these are the CRAZIEST INSANELY designed Transformer like massive rolling pieces of art with hundreds of thousands of dollars spent on them!
– 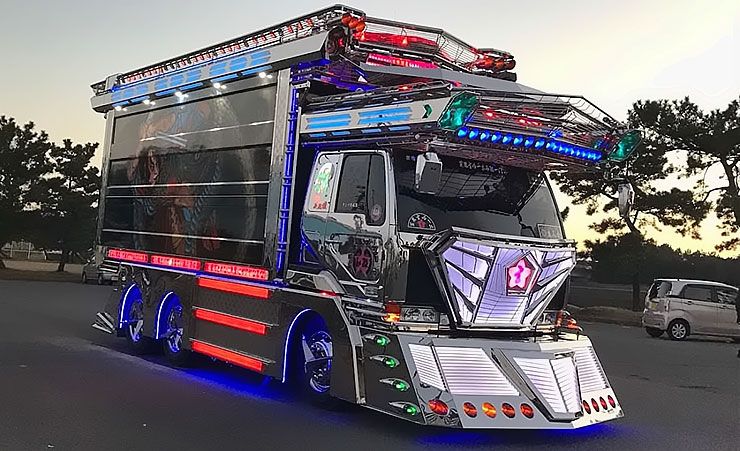 All Dekotora trucks are functional and driveable. What’s not functional, or what doesn’t serve a purpose, really, is all the chrome and bells and whistles.

In the heart of Kisarazu, Japan, car enthusiast Steve Feldman hitched a ride in the Sandaimei Bireijo – a former dump truck converted into a well-respected model of the prevalent Japanese dekotora trend. Undoubtedly, this is one of the nicest and most respected Japanese trucks of them all!
– 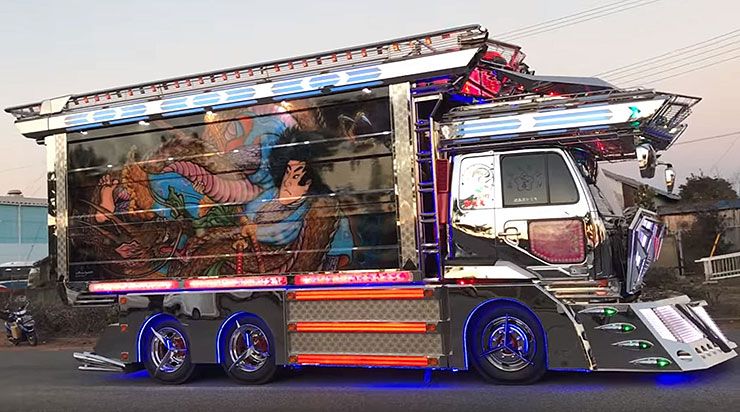 Like many others, the Sandaimei model is inspired by the 1975 movie “Torakku Yaro”. The films follow guys that decorate their trucks in an extremely gaudy way and then drive around the country getting into various shenanigans.

According to the Dekotora truck owners, the design process basically doesn’t finish. It just keeps evolving over time, as they always try new things. They experiment with a variety of design flourishes, from traditional straw mats to LED lights. 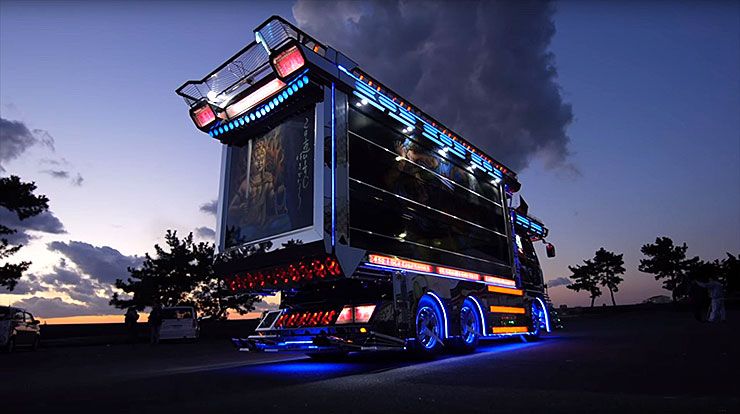 Dekotora trucks are now used more prominently for special events and as a hobby for owners – rather than a practical vehicle for work.

They reminds of the Faberge egg, of extremely long and heavily jeweled fingernails. These trucks are sexy, in the way that lingerie is sexy, and in the way that excess is sexy. Sometimes, only too much is enough.