WARNING: The following video shows an illegal street race taking place on a public highway (Karak Highway, Malaysia). Although it may be very exciting to watch, racing on public roads like this endangers the lives of other drivers.

It was a race exactly like this that killed a family of 3 including a 9-month old baby. Malaysia’s worst highway disaster also happened at this highway. 17 people were killed when a passenger bus collided with a series of vehicles – a tanker lorry, FRU riot police cars and a further 10 cars. This incident was later known as the 1990 Kuala Lumpur-Karak Highway Crash.


The infamous highway which was an interchange route for the urban city dwellers of Kuala Lumpur (capital of Malaysia) to Genting Highlands; as the highway or expressway links the city to the town of Karak in Pahang (37 mi). 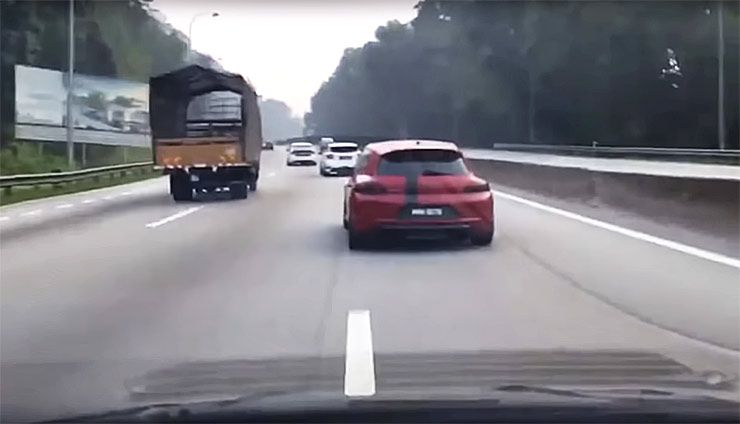 Interesting, Karak highway is notorious for the many supernatural legends. The highway garnered much attention due to the high number of accidents, which took place on the highway, thus giving way to the rumors about the origin of the highway location and also the road being haunted. There are many freak accidents involving drivers who braced the road at the dead of the night. According to our reader, there are also witnesses who saw moving cars with an empty driver’s seat and people dressed in white waiting at the bus stop. However, that’s another story.

Watch the video below, but remember:
DON’T RACE ON PUBLIC ROADS. DON’T RISK THE LIVES OF OTHER DRIVERS.