The term Barnyard car is a reference to old and sometimes collectable cars that have been found in a barn, usually these sort of stories are often heard whilst having a few beers at the bar and are often disregarded as old wives tales.
However, this is not true and periodically old cars do get discovered, either locked up in a barn, garage or sealed up behind a false wall of a house.

The 1938 Bugatti Type 57C Atalante was stored with several other old and collectable cars in a private garage belonging to a Mr. John W. Straus.


The cars were all shielded from the weather and just left to stand. The tires were all flat, not surprisingly after decades of neglect and the cars were completely covered in dust.
Finds like this cannot just be fuelled, powered up and driven away, as all the oil would have sunk to the lowest extremities and deteriorated, as well as most of the parts having rusted and seized up over time.
Everything would all need to be expertly oiled up and freed before the car could be driven.

The passage of time can take a terrible toll on all things, specially motor vehicles that have been stored.  Rubber will perish over time, plastics become brittle and thin wire cables can rust through. 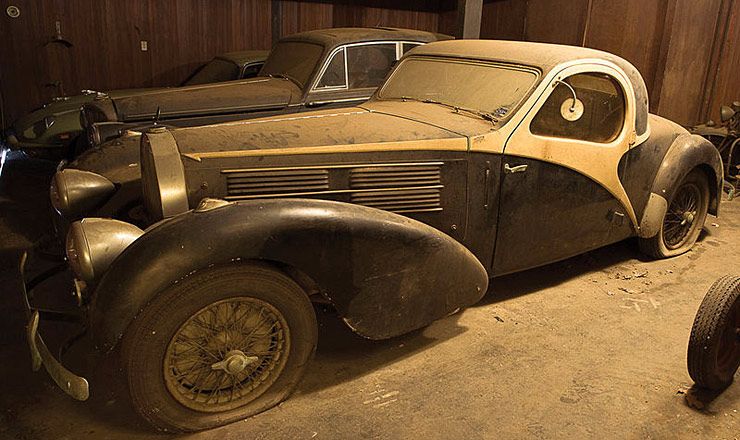 Leather and wood can be nibbled by mice or eaten by termites or can simply break down and fall apart.

Gravity will pull all the oil down into the sump, where it will sit and deteriate.  This action will leave bare metal engine components that will then start to rust.

Also there is a thing called ‘cold corrosion’ this is when condensation forms inside the engines cylinders and as there is no oil in the micro grooves of the bores this then promotes rust. 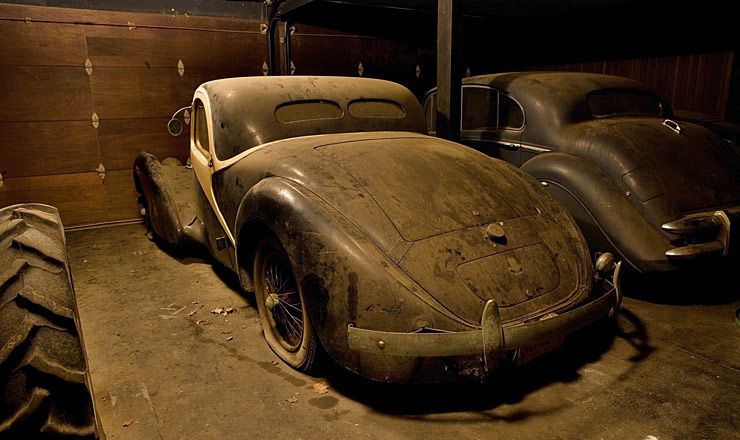 The crankshaft, piston rods, (if its an overhead valve, the rockers, pushrods), tappets, big-ends, splines and other working parts will all have seized up.
It is a very time consuming task to re-condition a car that has been left standing for forty years and will cost many thousands of dollars to replace corroded parts to make the car safe for road use.  But I am sure it is a labor of love to restore such a wonderful classic such as this.

The Bugatti as seen above was practically all intact with all of the leather and woodwork still in great shape, but it would still require a lot of work to get it back to it original condition. Either way, it was still a really great find. 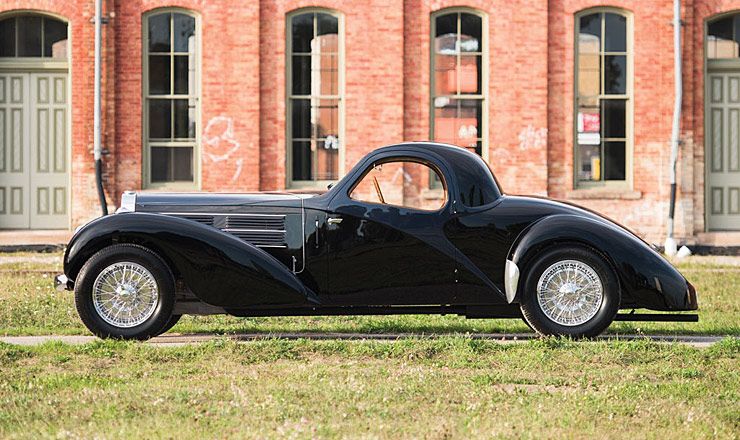 When it was sent to be restored, it was discovered that everything was still there and all of the numbers still matched — making this one of the most original prewar Bugattis in existence.
In 2015 at RM Auctions this Bugatti was sold for $2,337,500 after restoration. 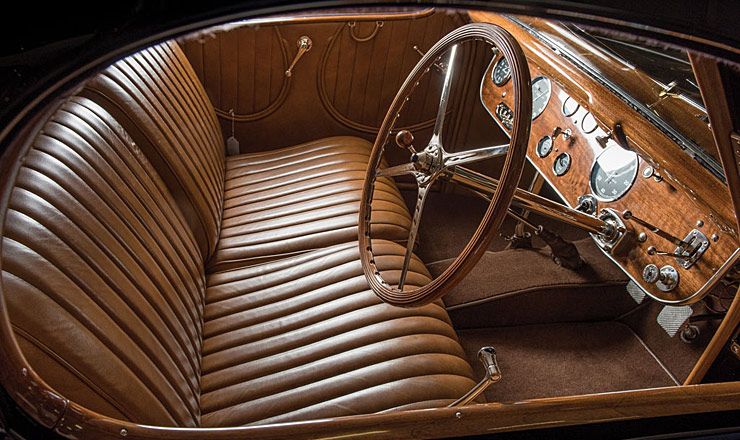