Have you ever wondered what an outrageous SEMA show car looks like before the big show? We’re going to show you!

1960 Cadillac “Thundertaker” is the result of a four-year, 10,000-man-hour build by Bryan Fuller and his team at Fuller Moto in Atlanta.
Check out these awesome photos as Bryan Fuller’s expert team at Fuller Hot Rods pull together years of hard work. The Thundertaker was a mainstay at the Fuller shop for some time, but with the SEMA show, it was time for this ride to rise from the dead! 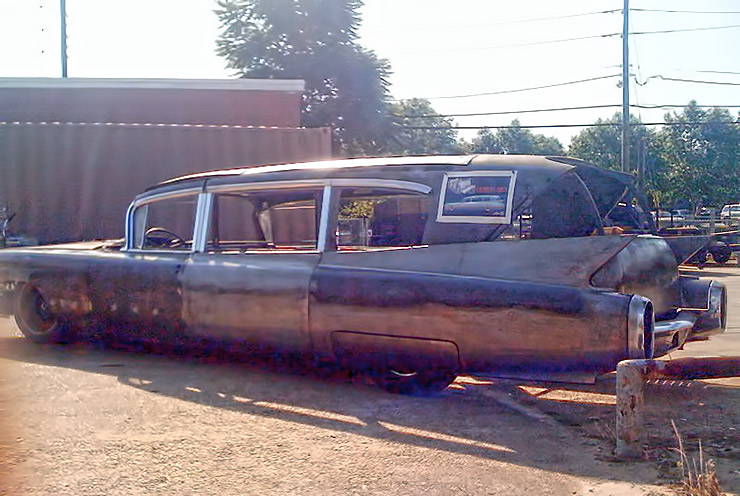 Where it all started. A little rough around the edges.
– 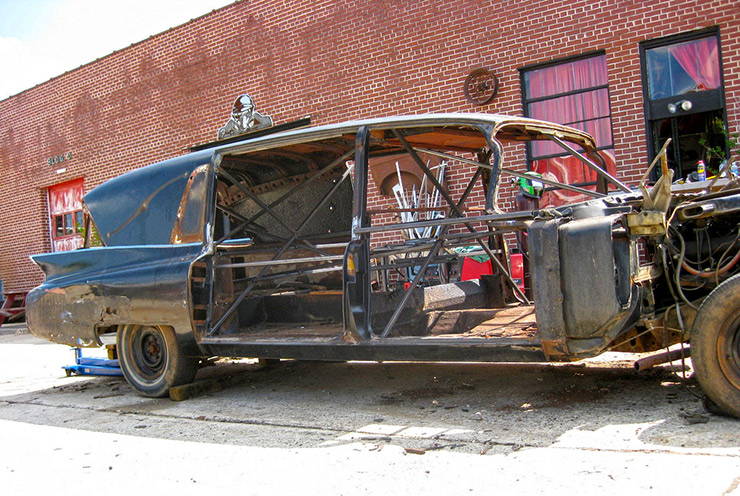 Stripped and braced. The bracing helps maintain squareness while the bodywork begins.
– 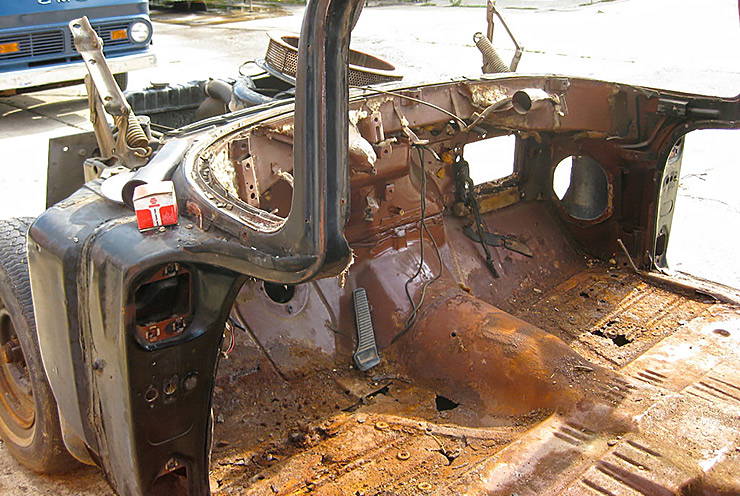 Just a little rust, but overall not too bad. 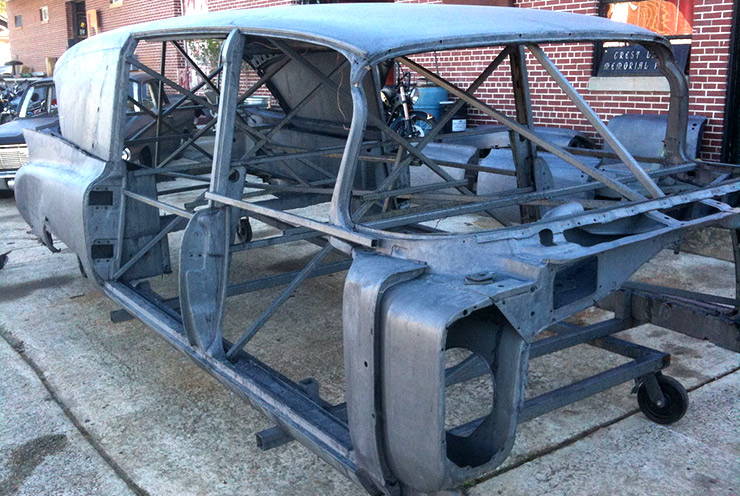 Back from being stripped and blasted.
–

Some of the body rot is visible on the quarters.
– 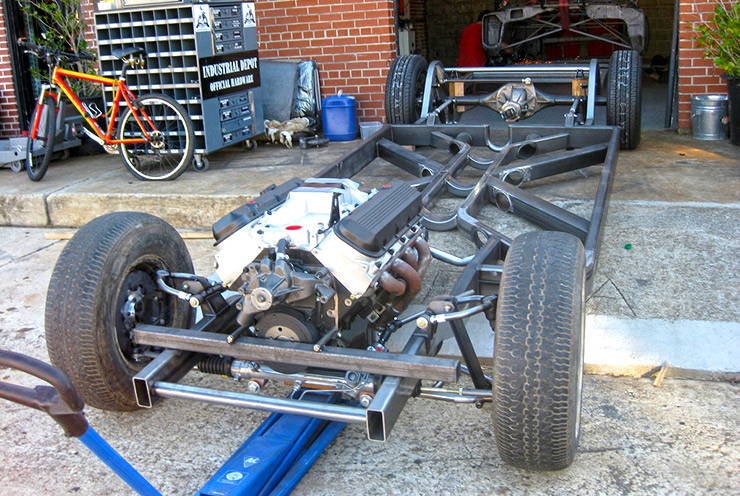 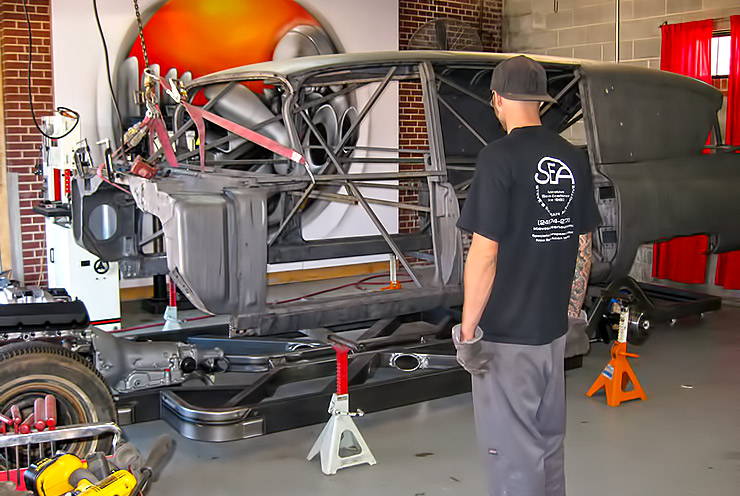 The body meets the frame for the first time. 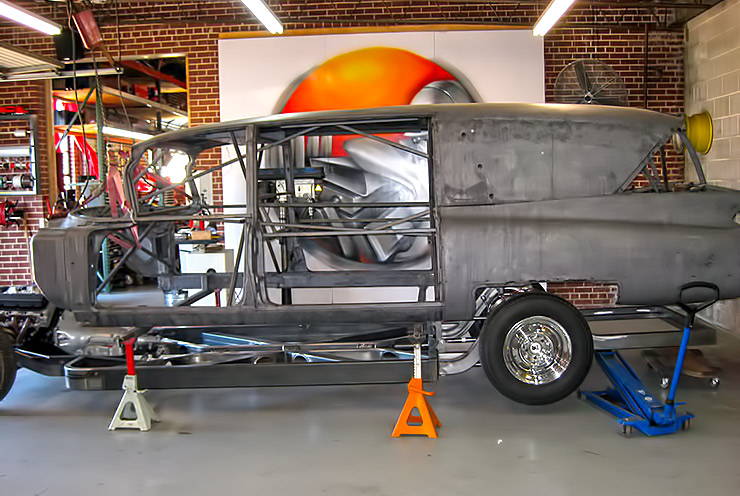 Starting to get an idea of just how big this thing is! 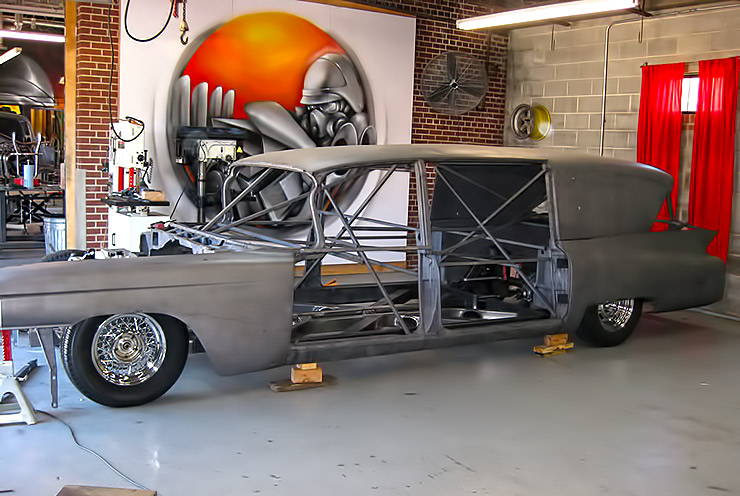 Finally a glimpse of what is to come. 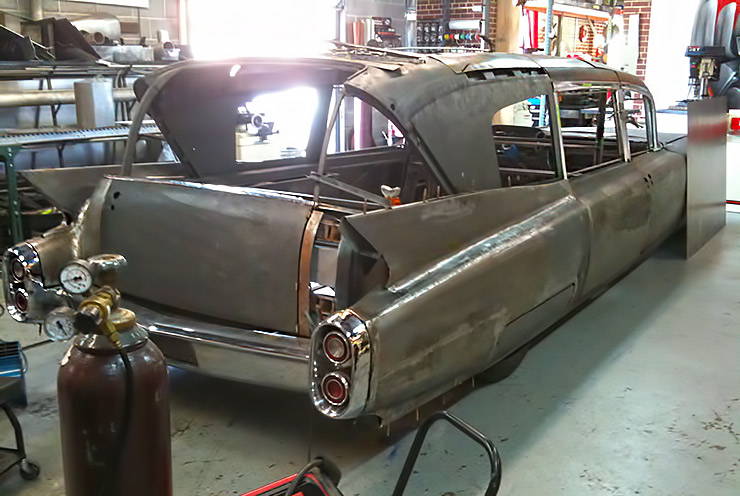 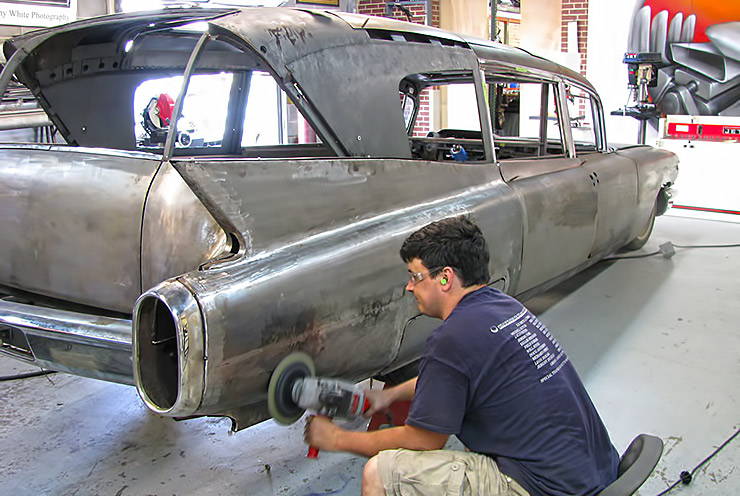 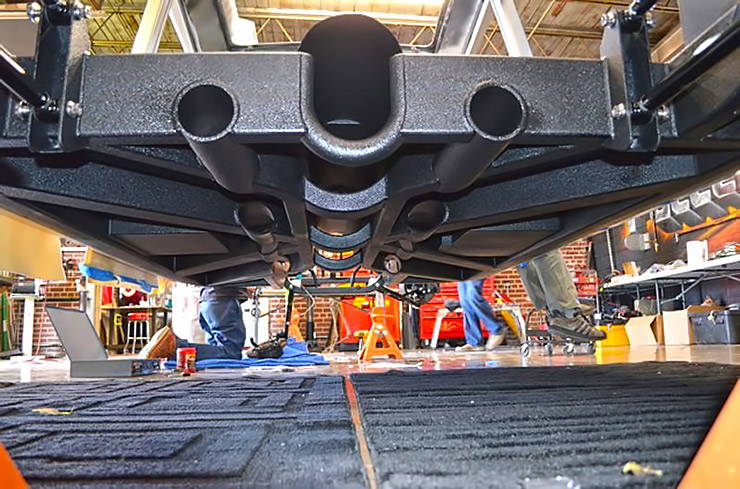 When you want to lay this low you need to tuck everything under the car. Here is a great view of the exhaust pipe routing tunnels and the driveshaft tunnel. 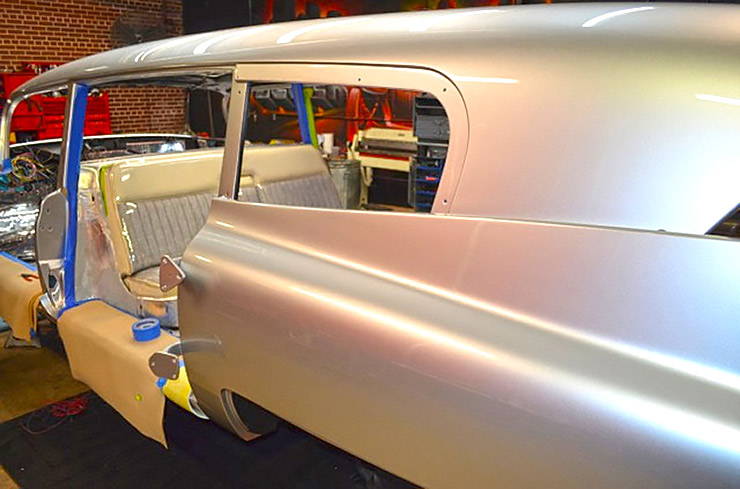 Paint is on! Those quarters are arrow straight. 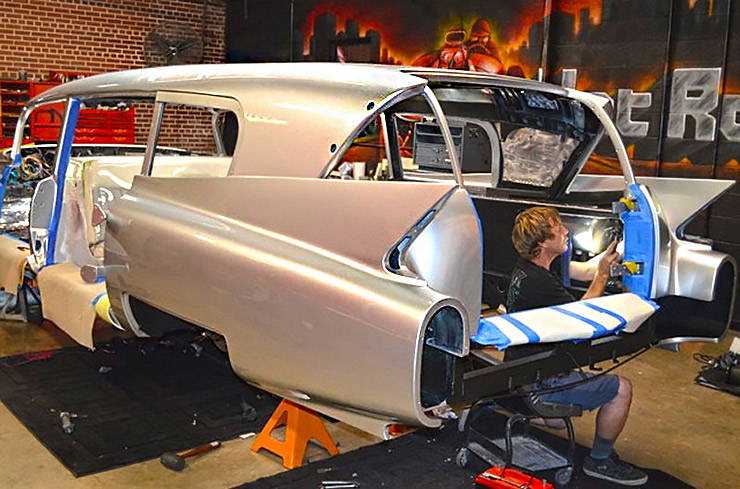 Time to start the final assembly. 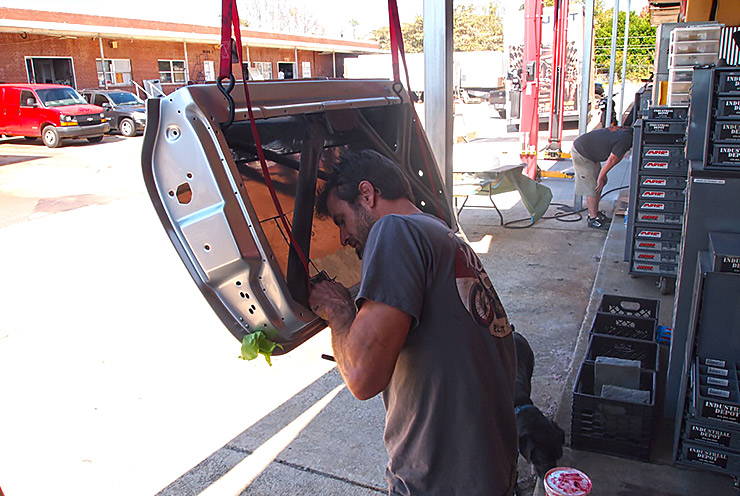 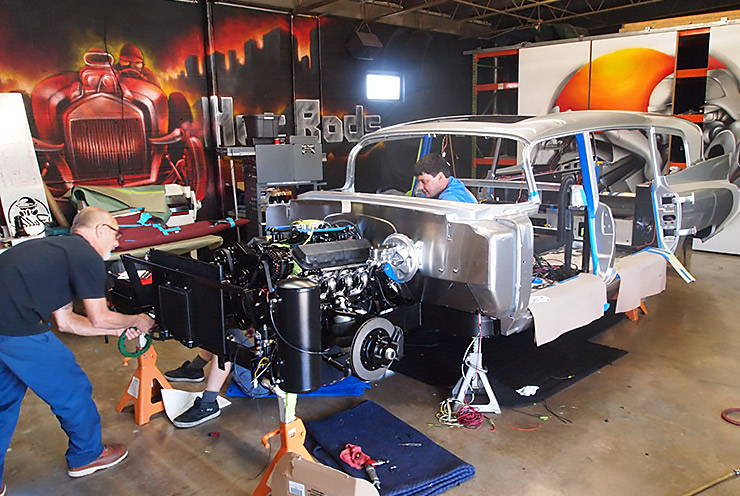 The guys pulling hundreds of feet of wiring. 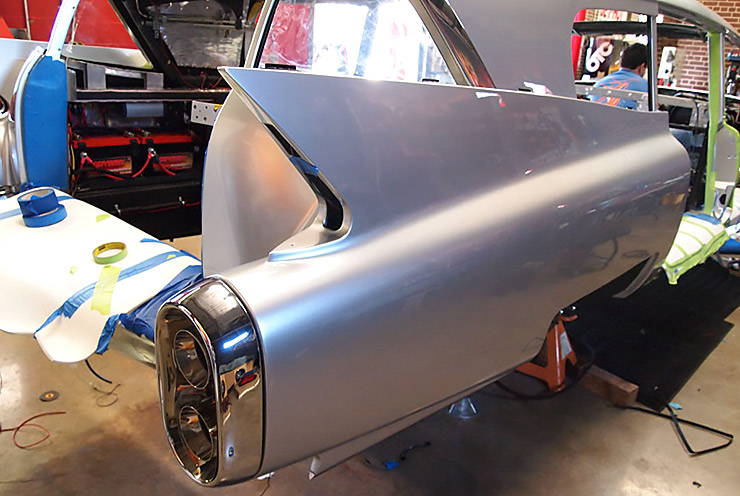 A better view of the quarters. 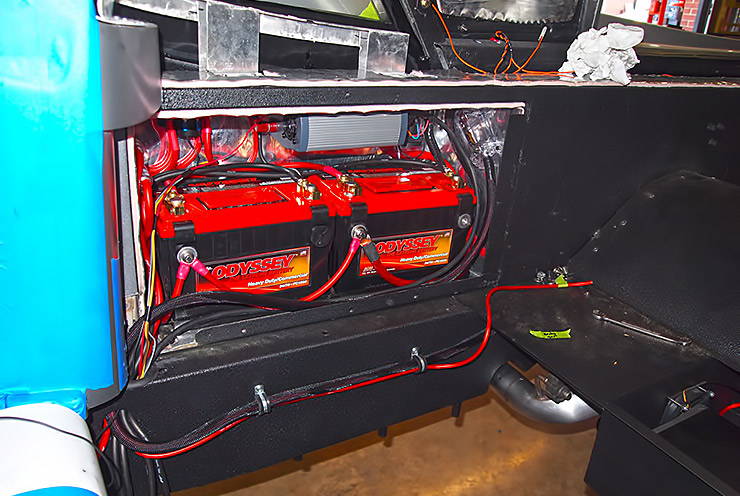 Two of the four batteries on board! 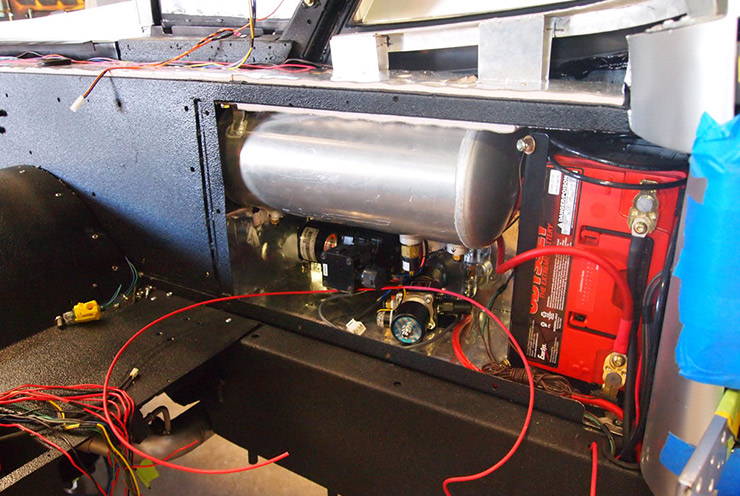 One of two air tanks for the air ride suspension and another battery. 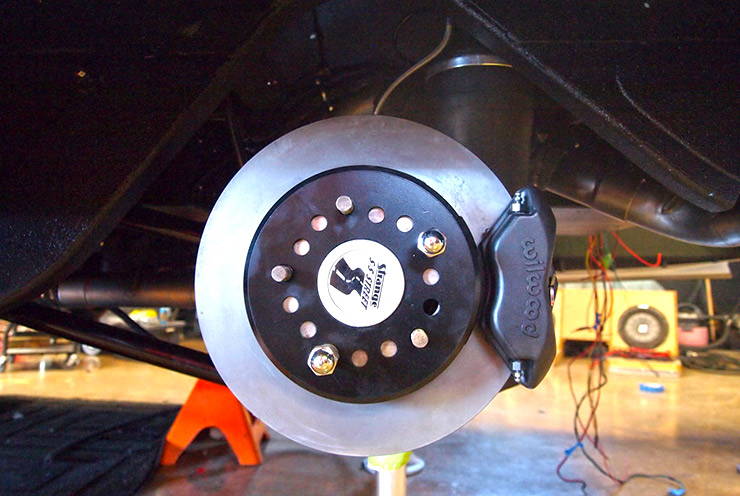 This beast will stop on a dime thanks to the Wilwood brakes. 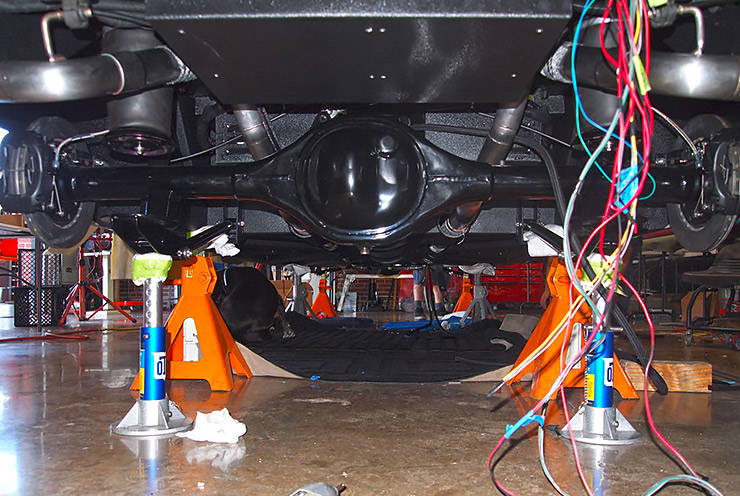 A great view of the rear axle and suspension. Wires seem to be EVERYWHERE on this car. 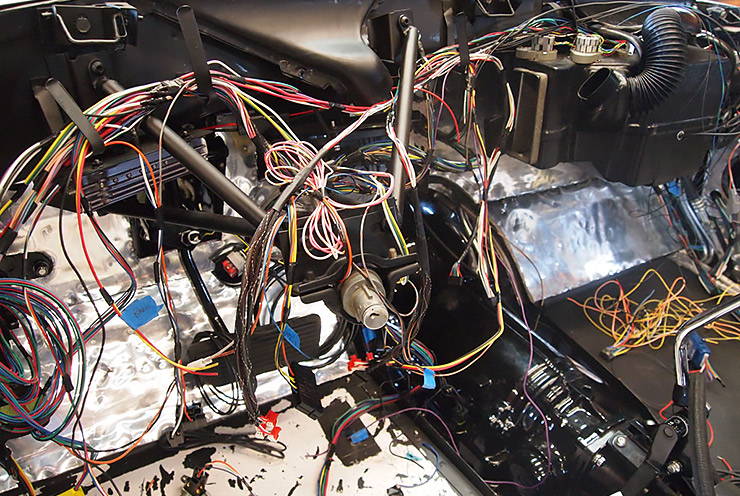 Just a little wiring to finish up. This is the dash by the way. 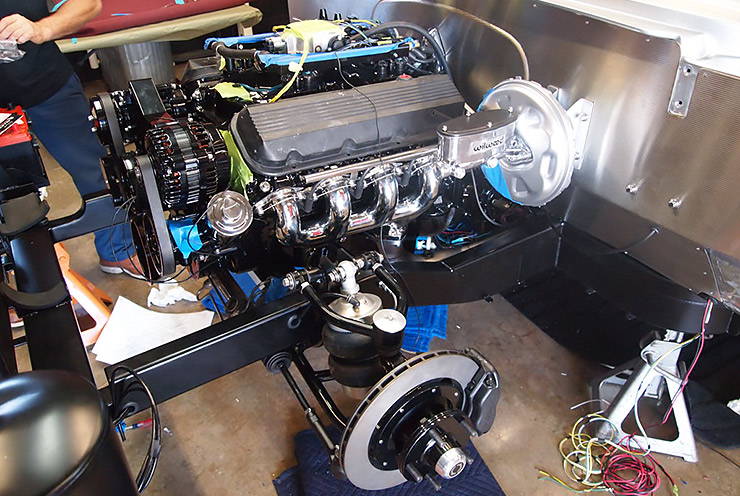 This monster is powered by a fuel injected big block. 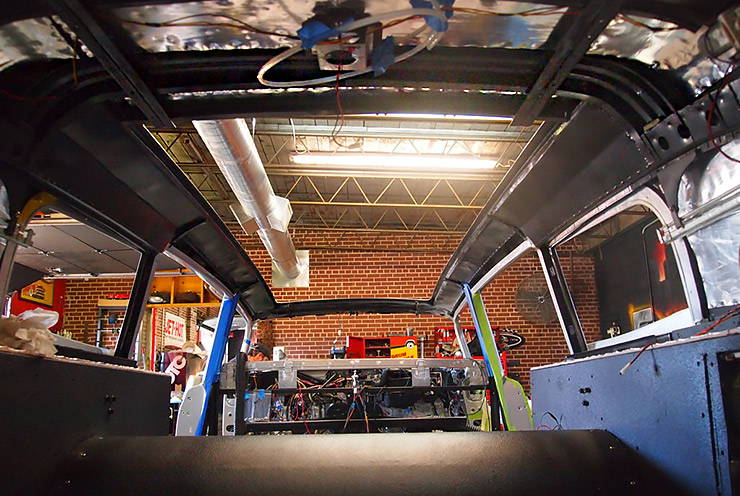 See that big hole in the roof? 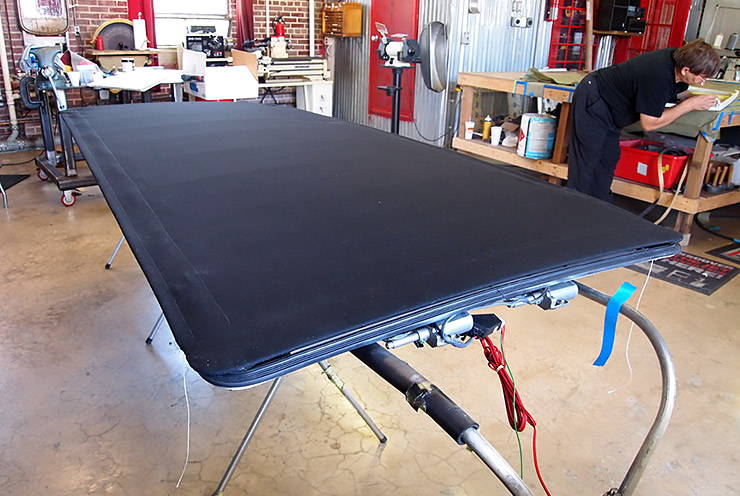 This sunroof goes there. 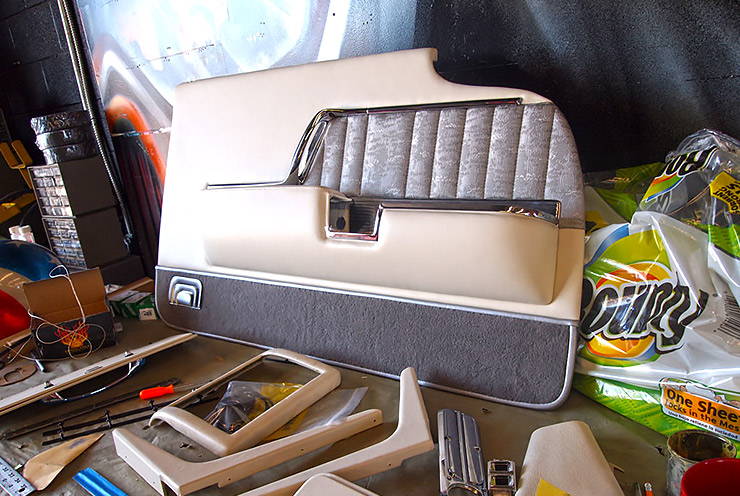 The interior is coming together. 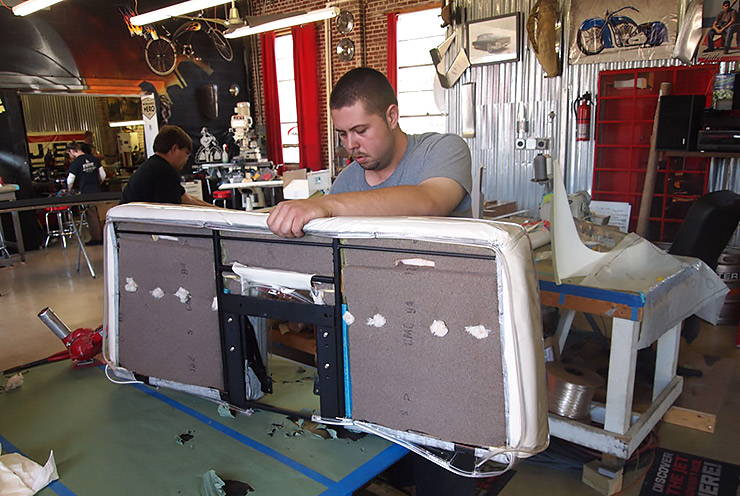 One of Fuller’s guys puts on the plastic seat cover. Yes, those old school seat covers your grandmother had on her couch. 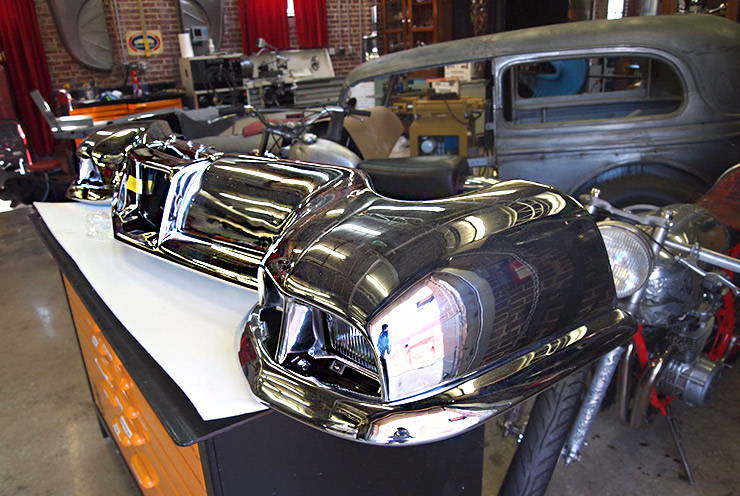 The massive front bumper sitting upside down, waiting for installation. 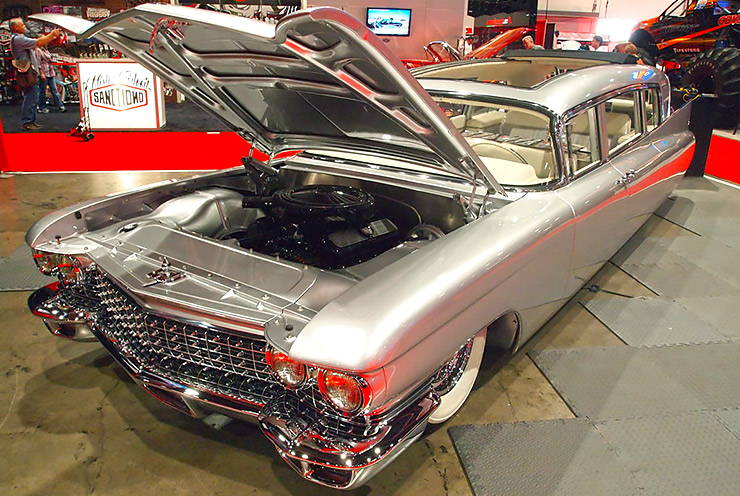 It took more than 10,000 hours to build this 1960 Cadillac Fleetwood. Totally worth it. With a build of this caliber, “Thundertaker” wears its name with pride. 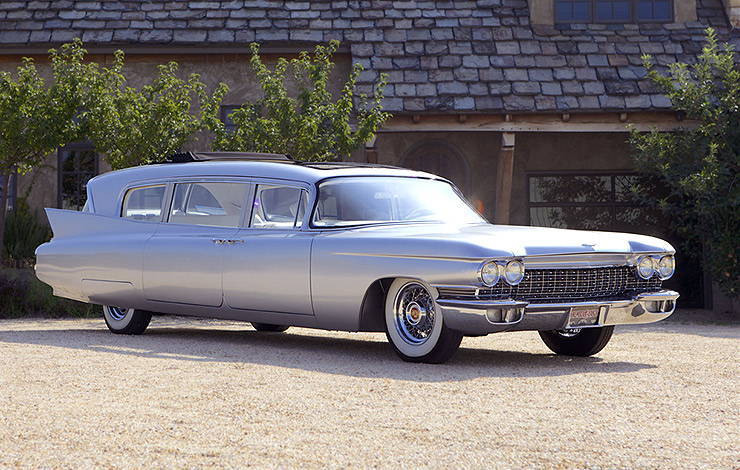