In 1954, relying on the success of their smash-hit tv show, Lucille Ball & Desi Arnaz starred in the Feature Film “The Long, Long Trailer”. In that movie a ’53 Mercury Monterey Convertible, with the last-year-flathead, towed a 40 foot, 3 ton, trailer which the newlyweds had decided to make their home. The results were predictably hilarious and the film was a nationwide hit.

Well, a couple of decades ago, Lee Pratt, created not a “long, long trailer” but a stunningly-long, long ’65 Buick LeSabre that he ended-up driving a lot further over the years than Lucy & Desi. And with much better results !
– 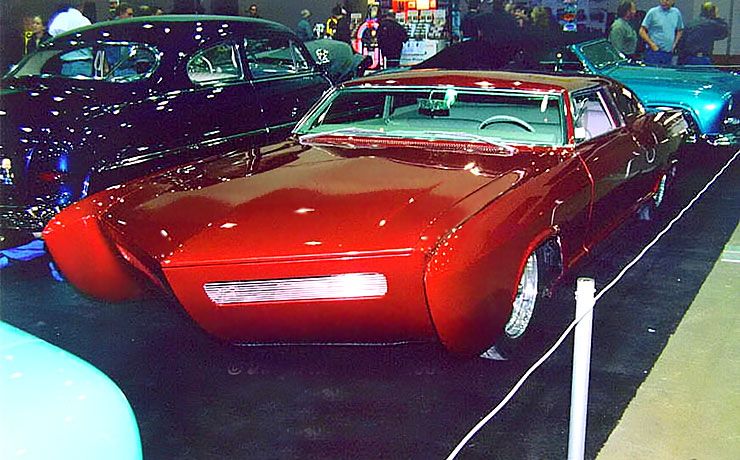 In 1968 Lee bought a 1965 Buick LeSabre. He drove it straight to the body shop where it was lowered, the chrome removed, and pearl pink finish applied. It was driven that way for about two years.
– In the fall of 1970, influenced by magazine sketches, Lee set out to design and build his idea of a custom car, using the Buick as a starting point. The front end was extended 15″. The added length of the hood put a lot of strain on the hinges, so after the metal work was completed, a mold was made of the hood and a fiberglass “skin” was made and glued to the metal frame work.

The fenders were then extended 9″ and the wheel openings reshaped. A custom grille was made from 1/2″ plexiglass round rod, bent to the shape of the twin grille cavities. Hidden behind the grille are a pair of Cibie rectangle head lamps and park lights from a 1965 Corvette. The rear wheel wells have been reshaped and quarter panels extended 6″; rear pan is rolled with frenched 1969 Toronado tail lights. The trunk lid is now 10″ longer and operates electrically, as do the doors.

Lee drove the car for three years before he, once again, was not completely satisfied with its appearance.

The top was chopped 3-1/2″ in front and 5″ at the rear. The quarter windows were filled in, and slanted door post fabricated. A new quarter window opening was made, and this window is now permanent. Around back, rather than lay the stock glass down (tempered glass cannot be cut), a back glass from 1966 Chevy Caprice was used. It is about 10″ shorter in height and fit the Buick top perfectly. The entire car was then block sanded and sprayed with several coats of a pink purple.

After four years, the new paint was applied, now in candy wild cherry. You are viewing this absolutely stunning Buick LeSabre in today’s condition. 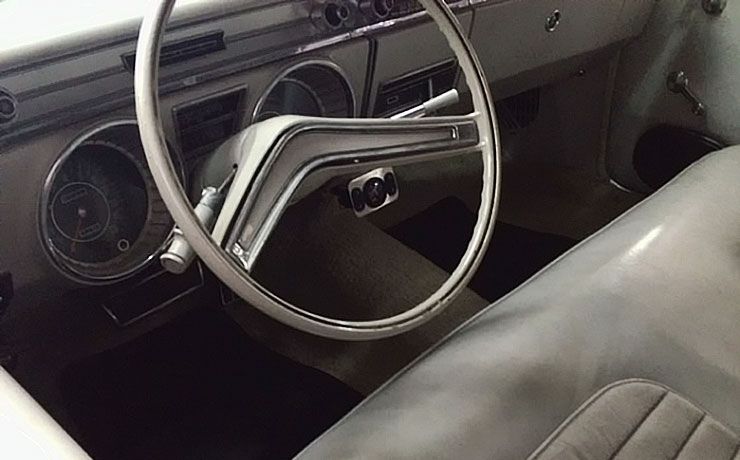