After reading this article, you will think twice before you take your car for an oil change at a quick lube shop, and you should because you could be scammed yourself.

An Ontario chain of quick oil-change shops is upselling customers with unnecessary work and not performing services that customers have paid for, a CBC TV Marketplace investigation has found.


The investigation uncovered a variety of problematic business practices, including aggressive upselling of services that cost hundreds of dollars and were not needed and work that was charged for but not completed.
– 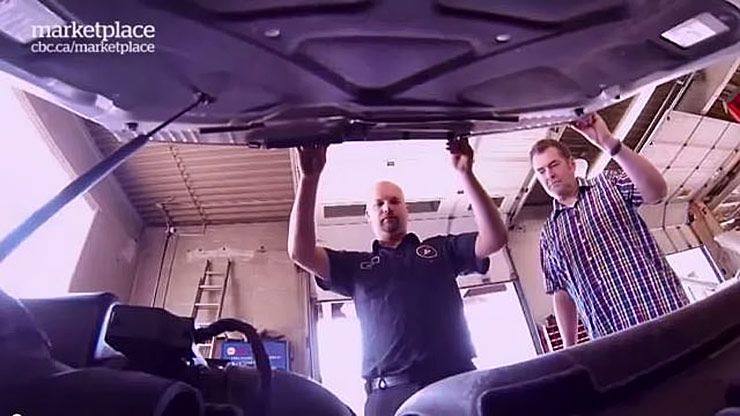 Equipped with hidden cameras, Marketplace sent in three people with test cars for a basic oil change to document the service at Economy Lube. All three cars had been extensively examined by Sach-Anderson, who checked and, where necessary, replaced all other fluids to ensure that the cars only needed an oil change.
–
The Marketplace investigation also found that Economy Lube charged customers for some services but failed to perform the work.

Mark Simchison, former fraud chief with the Hamilton police, said that this discovery is troubling.

“If they are … receiving money for services that they did not perform, that you paid for, in all honesty, that’s fraud,” says Simchison. 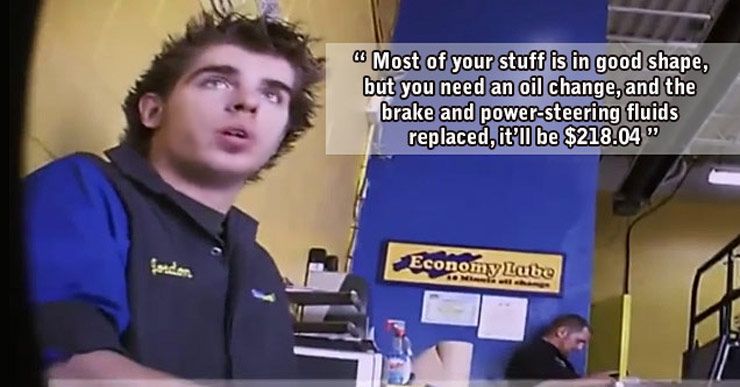 The following video clip shows that though their prices may be low, they are quick to up-sell their other services, even when you don’t need it. What’s worse is they won’t even perform some of the services they have charged you for.

Wise words: If it sounds too good to be true, it probably is. So the next time you go get your oil changed, be careful what you might be signing up for.