Ever seen a double-stacked Cadillac De Ville turned into a truck? Didn’t think so!

“Mad Max Fury Road” is a beast of a movie. Everyone who has seen this movie probably remembers one of the maddest, the wackiest yet coolest automotive creations – The Gigahorse.
– 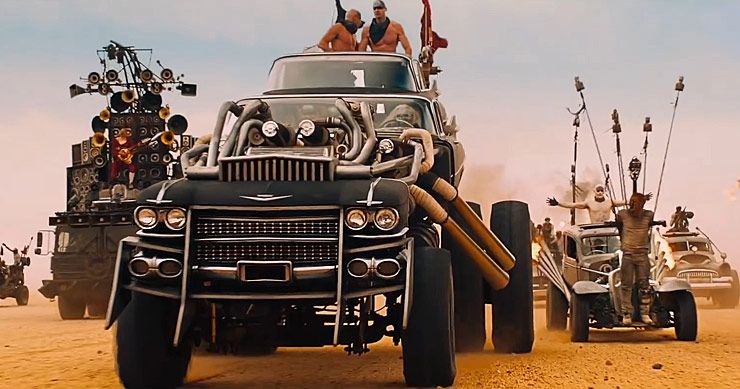 If the Interceptor was the hero car in the original movies, then the Gigahorse is the anti-hero car in Fury Road and it’s made from a pair of 1959 Cadillac Coupe de Villes sitting on top of each other. Yep, that’s right, two of them. This thing is a monster.

The bottom shell is widened and equipped with a custom windshield. The upper Cadillac is stock width but has been fabricated to function as a turret with a harpoon gun and a flamethrower in the back.
– 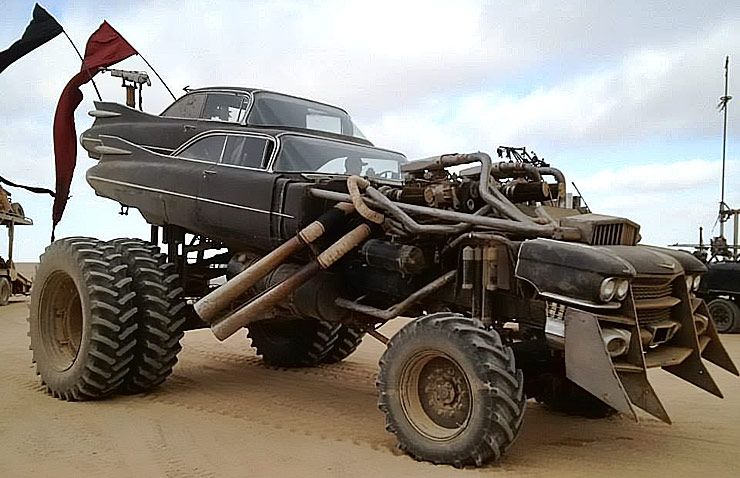 The whole glorious mess is powered by two side-by- side supercharged V8 Chevy 502 crate engines connected by a planetary gear, and it sits on a massive monster truck chassis.

Each engine generated 502 HP and approx. 600 NM of torque. To house the engines, the Cadillac’s body was widened and lengthened to store the two power plants.
Each engine was eqipped with a fake turbo and a real supercharger, bumping up the power to 600 HP each and torque to approx. 650 NM. In total, both engines produce 1200 HP and 1300 NM. 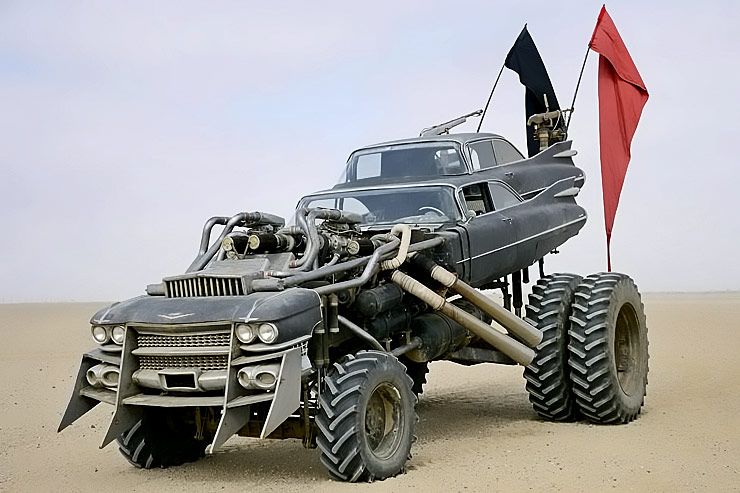 Both engines are coupled by a single custom-made gearbox. A single but tough driveshaft goes to a heavy duty differential to complete the sequence.

The front and rear wheels are tractor units, the rear ones being 70″ in diameter. Since this car was entirely custom built, the designers also had to fabricate their own hubs and wheel rims. Each axle has pneumatic suspension and leaf springs, plus what look like hydraulic shocks.

The Gigahorse is just plain mad. One of the craziest things about this car is that it actually worked in real life! Check out the video below.