The perfect combo of speeding and brake failure had this garbage truck crash and roll over into a parking area.

This accident occurred on Route 412 & Flint Hill Road, Hellertown PA due the truck’s brakes went out. Surveillance camera video as a truck narrowly misses slamming into a Pennsylvania firehouse built to replace the one that was destroyed by fire after a truck crashed into it in May of 2012. 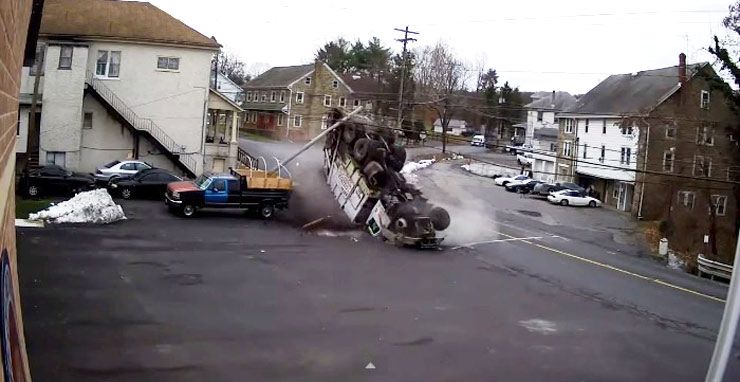 “He (Shawn Swavely, 41, of Quakertown) decided to attempt to make the left-hand turn onto Route 412 to avoid hitting the rebuilt firehouse, but the vehicle flipped over, snapping a telephone pole in half and crushing a parked vehicle,” township police wrote in a news release. 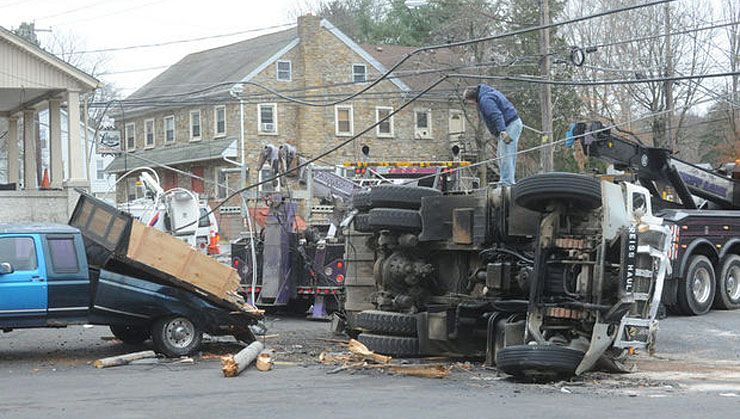 With a speed too fast for taking a curve, the truck’s body pulled everything outward causing an epic rollover crash. The crash didn’t look like that bad though and even appeared to be more like a stunt so the driver probably just sustained minor injuries the least. Well, what can I say? I guess some people just meet bad luck at the roads.

Check out how it’s like when a huge truck does a rollover with the video provided below.