This Super Six Patriot Ford Monster Truck 6x6x6 is the ultimate off-road vehicle.
Dave “Heavy D” Sparks who was featured on “Diesel Brothers” show is the brainchild behind this genius build. He and his crew got the idea from a previous build, a 4×4 Dodge Mega Ram Runner.

So, the next logical step was to go 6x6x6 and that’s how the Super Six Ford Monster came to life. This BEAST has THREE drive axles, and incorporates steering into all SIX wheels!
These guys have done it again with over a FOOT of suspension travel and up to 30 degrees of REAR steering, there isn’t much this truck can’t do! 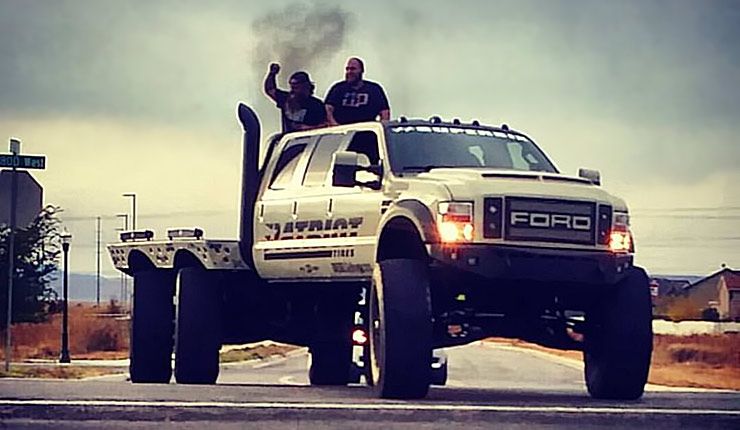 The truck makes use of the stock 6.7-liter V8 Turbo Diesel engine from the F-550. However, internal components like push rods, pistons and valve springs had to beefed up. High pressure injectors and twin-turbos were thrown in for good measure so that the engine now makes around 700 hp. 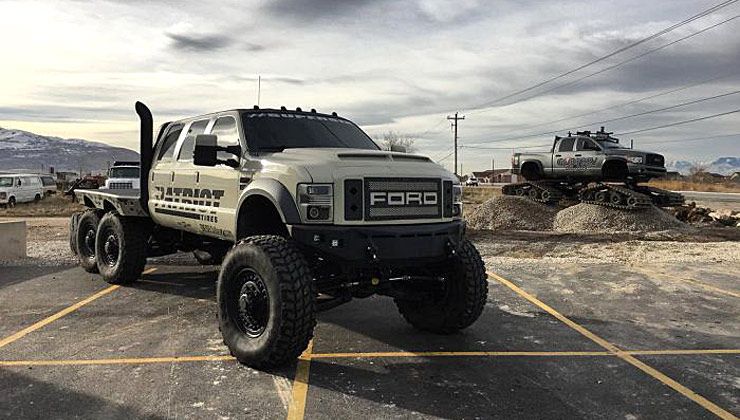 “It’s what we call the Super Six. It’s a 2008 Ford F-550 that we’ve stretched into a six-door. We’ve added another set of axles, we swapped out the…actually the entire drivetrain for military components, and it’s rated at 90,000 pounds. So, it’s military-grade everything, independent suspension all the way around. It’s got six-wheel steering, it’s on airbag suspension, and it’s pretty awesome” said Dave.
Check out video below.