Jerry Johnson still enjoys his sweet ride of memories every time he fires up his 1967 Camaro. He is one of those lucky guys who never traded his car in for another or junked it for scrap. He bought the beautiful 1967 Camaro in Minneapolis, Minnesota, on July 12, 1967 and has had it since.

“I had talked to my Uncle Clarence, who lived in Minneapolis at the time, about finding me a Camaro,” Jerry said. His uncle called him the next day and reported that he found some down in the Twin Cities area, so Jerry should head down there from his home up north. Jerry got in his father’s 1961 Impala and his neighbor rode shotgun for the four-hour-long haul south to Minneapolis. They met up with his uncle and found a Granada Gold Camaro at a Chevrolet dealership. He purchased it on the spot for $2,685. Don’t try it today because you’d have to add a few zeroes after that number to find anything this cherry. 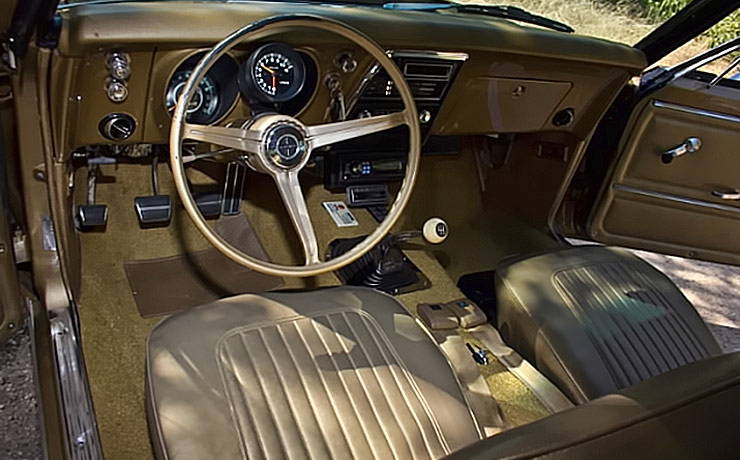 In July 1968, he was getting ready to go back to school at Control Data Institute in Minneapolis. After completing his training, he accepted a job in Dallas. He loaded up his belongings and drove the Camaro for another long haul, even further south this time. The Camaro was Jerry’s daily driver until the early 1990s. While in Dallas, Jerry did the family life and had two kids, Brian and Lisa. He drove his firstborn, Brian, home from St. Paul’s Hospital in the Camaro. In the late 1980s, when his son was learning to drive, they started repairing some of the bumps and bruises of adolescence driving.

“One of those bumps was when my son took it out while I was out of town and blew the original 327,” Jerry said, reflecting back several years. “It was so bad that I had to get a new block for the Camaro.” 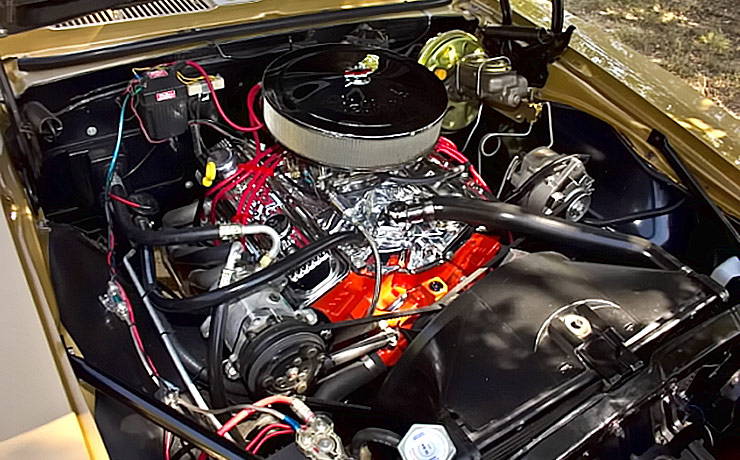 While the engine was out, Jerry opted to update a few things and added a new camshaft, intake manifold, four-barrel carburetor and some headers. A few years later, a Muncie four-speed transmission was brought into the picture. Several years passed. The kids grew up and moved out. Jerry decided to rebuild the car back to its glory days. There were a few things that had to be done before the big restoration took place, to make sure it could get around. He replaced the frame and the front end bushings, then started with the frame-on restoration. He found a nearby shop that could do the work, so the teardown began in November 2004.


While the shop was doing its work, Jerry would randomly show up to see and document the progress and/or give permission to replace other certain parts on the car. For months, he’d check on his ride and sometimes bring goodies for the guys. Having a car in your sight for more than 30 years and then being without it can be quite a shock to the system. 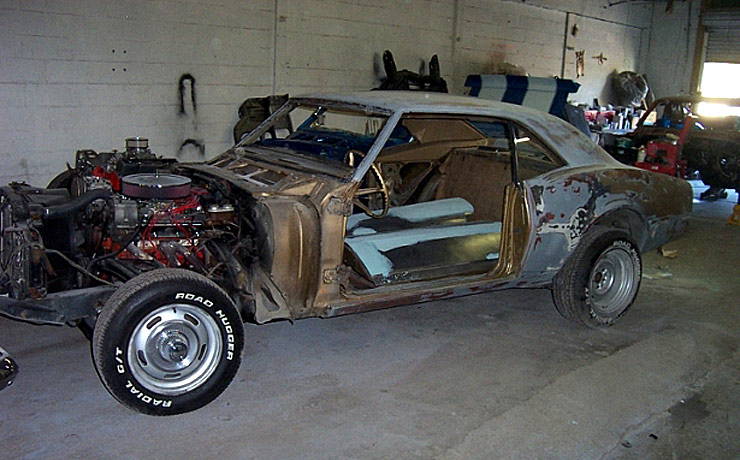 The shop did a complete teardown of the car to make it easier to restore. Everything came out, because there were a few spots where rust had built up from the three winters it spent up north; rear quarter panels, trunk pan, front fenders, a new cowl hood, front and rear spoilers were also added. Restoration took nearly five months to complete. Once it was done, though, Jerry was ready to roll. He loved showing it off to friends and several of them suggested that he enter it in some car shows. 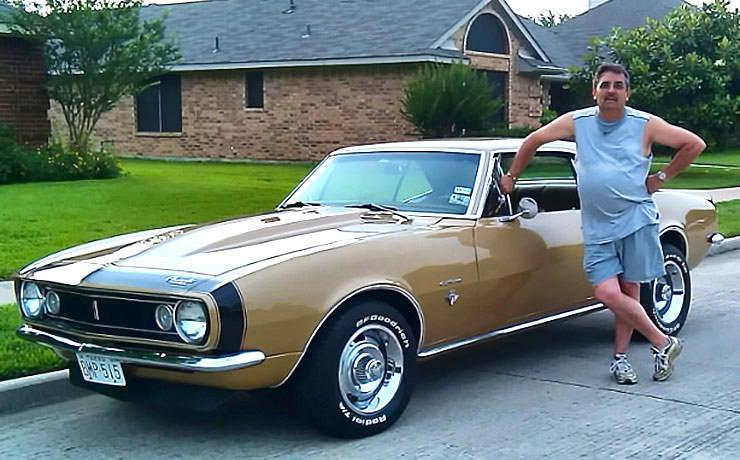 His first show was in September 2005 and he won fifth place overall out of 95 cars. Now, Jerry was hooked. He has a room dedicated to all the trophies and plaques that he has won over the years. He loves talking about going to the shows and talking with people who have had the chance of doing what he also did. It’s difficult to measure the rewards, especially when there is no greater treasure than seeing the smile on his face when he talks about the long haul home with his rewards, carried home in a 1967 Granada Gold Camaro that he’s owned for over than 50 years. 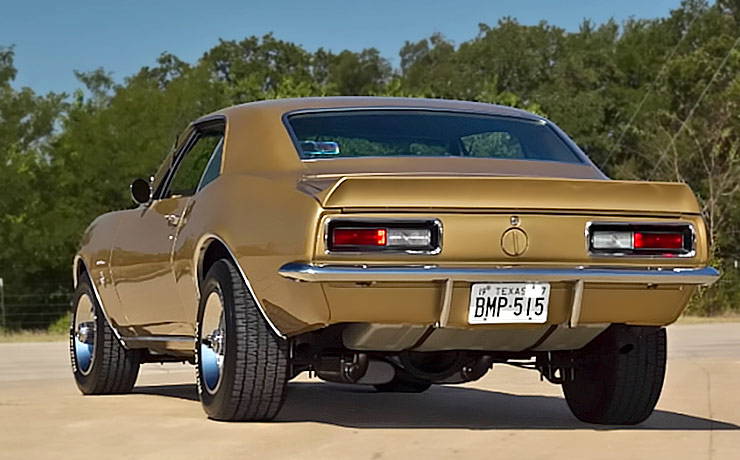