Designed and built to compete in the international endurance series, the Ferrari 312 PB was arguably the most successful sports racing car that Ferrari ever built. The awesome Ferrari 312PB was the Enzo’s gun at a knife fight.
In the days when Ferrari still went prototype racing Ferrari was producing some amazing noise makers. The 312PB maybe the most amazing of them all.

The 312PB is the last of Ferrari’s factory-backed sports prototype cars, and one of its most successful. It won every race it entered in the 1972 season, though it wasn’t entered in Le Mans due to doubts of its reliability. It’s basically a Formula 1 car with a wider body. 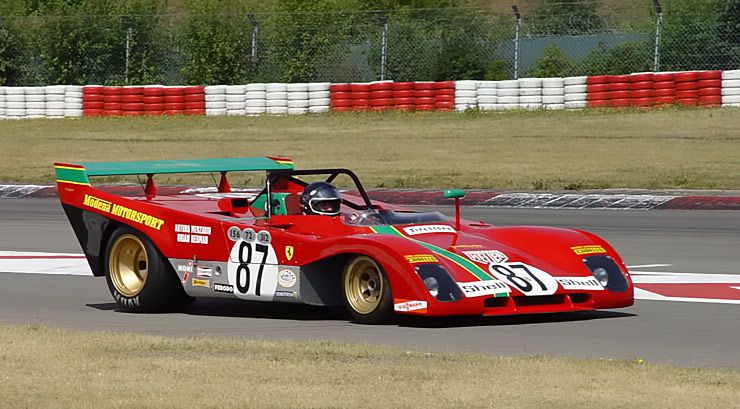 The Ferrari 312PB is special for another reason too: it was Ferrari’s last sports prototype before they exited sports car racing to focus their efforts solely on Formula One. They put the exclamation point on a long and storied history by winning the championship.

Crank up the volume and scroll down to get a wonderful earful of this sonorous vintage racer when endurance racing was Ferrari’s forte.