Music legend Roy Orbison was a big Corvette fan and maintained quite a collection over the years. This rare 1967 Corvette Roadster Convertible was part of his Corvette collection and is one of only two known black and red roadsters built with the 435 motor. 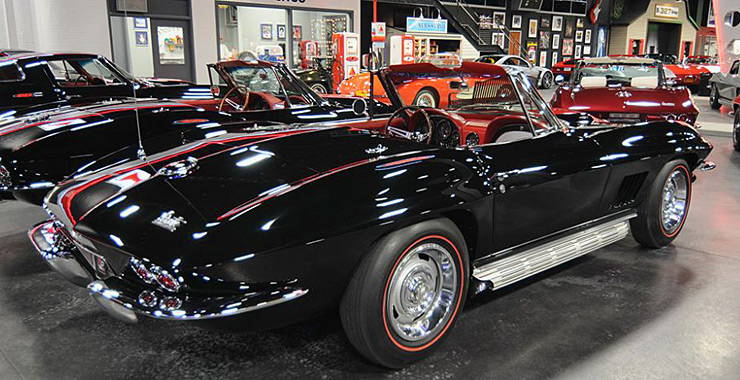 In many of our day-to-day lives, our automobiles are where we get to spend some good, old-fashioned, quality time. And as the days, months and years go by, it’s the time we spend in the cabin (listening to music, thinking, letting the wind course through and exhilarate us) that fosters the special bonds we forge with our cars. And for classic car proponents – many owning their cars for decades – such a visceral connection to a machine is rarely rivaled.

So, imagine the tales these cars could tell, if they could talk… New jobs, new homes, family trips, are all milestone moments we get to experience while going to and fro in our special rides. From showroom to show car, from the original owner to the current owner – a classic car’s journey through time is rich in history. And when you own a car with a such a unique story and heritage its hard not to tell people about it. 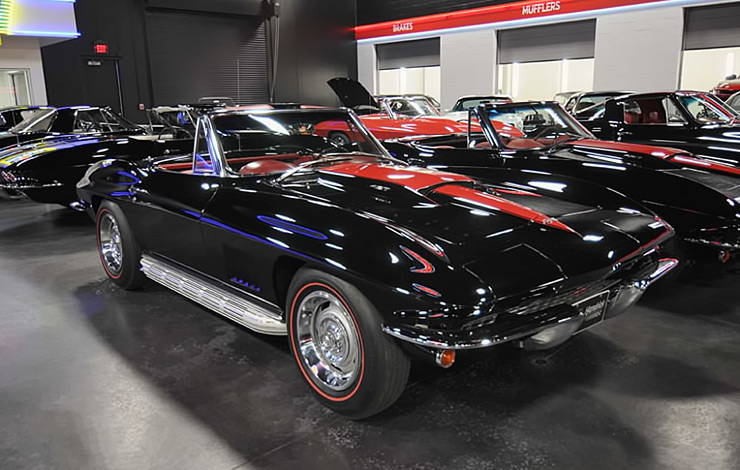 This is how Mr. Rick Hendrick begins his story, talking about one very distinctive Chevrolet. He proceeds the story about one of his acquisitions: music legend, Roy Orbison’s former 1967 Corvette Roadster. Hendrick happens to own one of the largest private collections of Corvettes in the world, including several with vehicle identification number 0001. He is a member of the Corvette Hall of Fame Class of 2015. 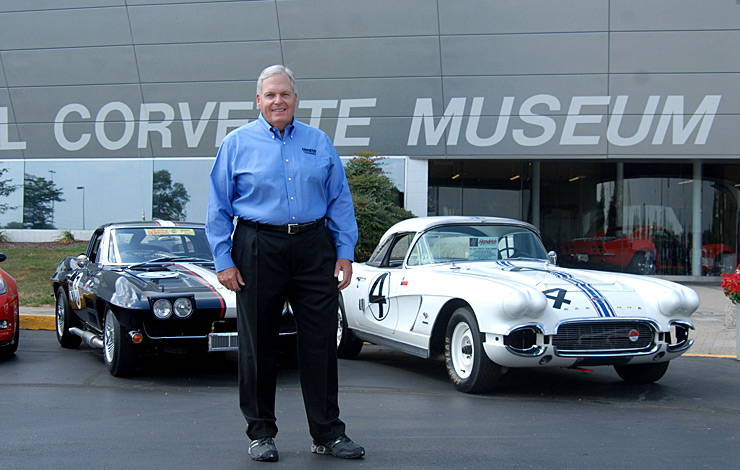 The car originally exchanged hands from the Orbison estate through Terry Michaelis of ProTeamCorvette.com, a national leader in classic Corvette sales, service, and restoration. “First, Rick is such a gentleman. And he is such a big-hearted guy. He’s got such a passion for these cars” Terry says. “And Roy was another gentleman’s gentleman. I’ve met a lot of entertainers, but when you get in to the Nashville area you find the real down-to-earth people. And Roy was one of those down-to-earth people with a really big heart.” 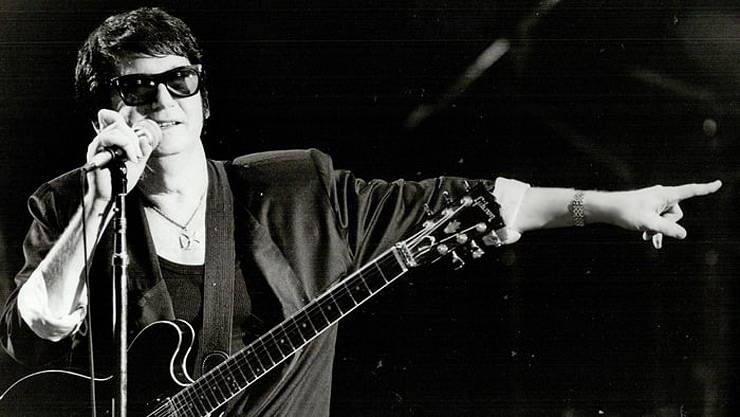 This particular Corvette wasn’t your run-of-the-mill production car though. Terry explained, “I bought the car from Barbara Orbison a few years after Roy passed away. It’s only one of two known black and red ’67 Roadsters Convertibles with the 435 motors produced. But, this one in particular is the only known with its original motor. And its probably one of Rick’s crown jewels now.” 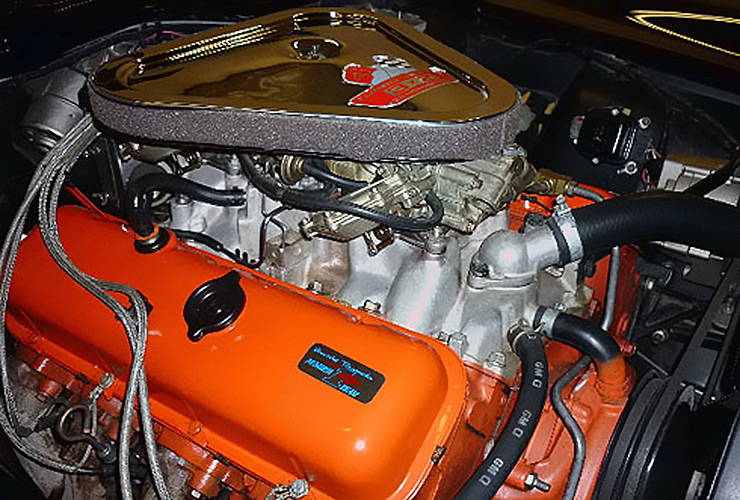 But before this Corvette made its way into Mr. Hendrick’s collection it passed through the home of fellow Corvette enthusiasts Bob and Carol Martin. Bob and Carol’s Corvette was very dear to them, so much so that they’ve referred to it as “their baby.” In 2003, the car was stolen from their garage and recovered 10 miles from their home in a muddy wheat field. One year and $14,000 later, it was back to immaculate condition thanks to ProTeam Classic Corvette.


And when hearing the story of their Corvette, one would be hard pressed to not pick up on the nostalgia and passion the Martin’s reserved especially for this awesome Chevrolet. 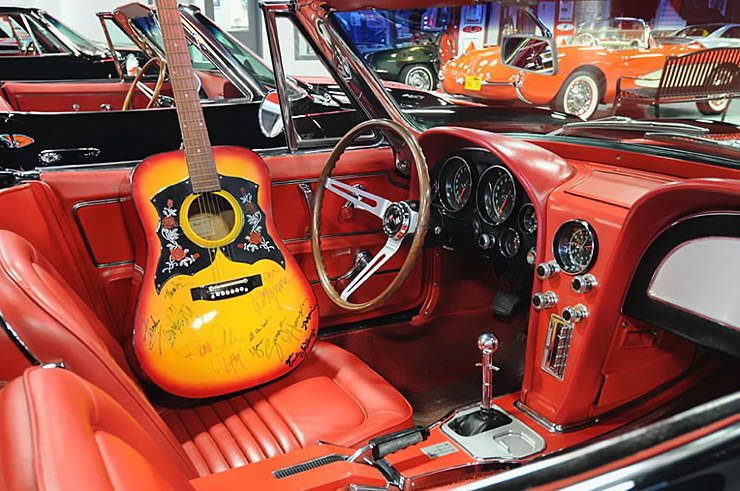 Bob’s story isn’t limited to his ownership of a Classic Corvette, though. You see, Bob had been fighting various forms of cancer for roughly 13 years. His decision to buy a classic Corvette came about when he was first diagnosed with cancer, circa 2000. Ever resilient, Bob’s story is one about living a life full of vigor, passion and enthusiasm in the face of such an incredibly difficult diagnosis.

Sadly, Mr. Martin’s battle came to an end in early April of 2013. Bob Martin may not have been a celebrity like Roy Orbison or Rick Hendrick, but his love for this special Corvette was just as powerful. 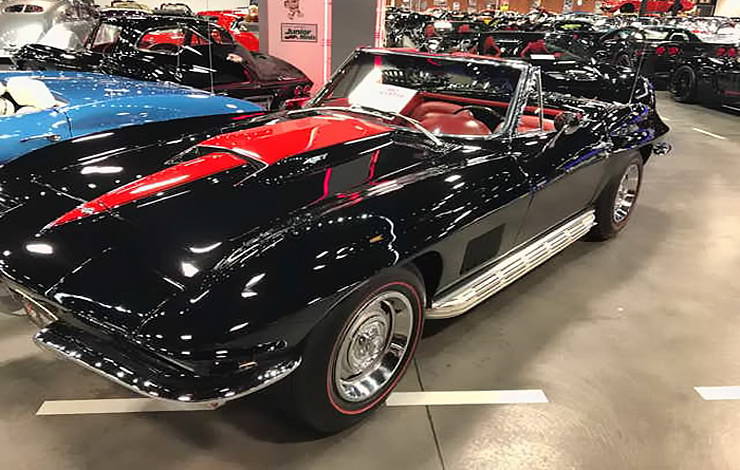