An owner of a gorgeous Plum Crazy 2016 Dodge Challenger SRT Hellcat has made a short video detailing the real world performance differences between the red key and the black key – essentially showing us the difference between 707hp and 500hp in a 50-100mpg run.

When Dodge released the 2015 Challenger SRT Hellcat with the 6.2L supercharged Hemi, they introduced their two-key system – with a black key which limits the power to 500hp and the red key which unlocks the full 707hp potential of this Mopar monster. It is easy enough to say that the difference in using the two keys is 207 horsepower, but how does that impact real-world performance? 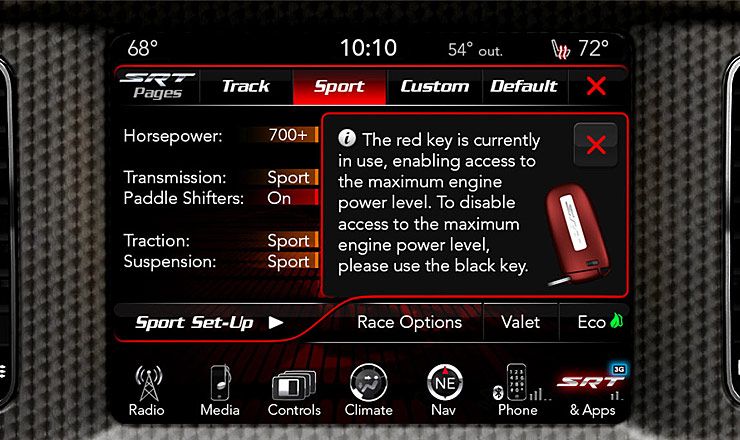 One Hellcat Challenger owner headed to Mexico with both keys to see just how much of a difference it makes when using the two keys in terms of real world performance.

In the video below, Paul (the owner) of the 2016 Dodge Challenger SRT Hellcat explains his process and he shows how the infotainment system screen varies when the red key or black key is in use, with the varying features which are locked out in the absence of the red key. More importantly, this Hellcat Challenger owner makes a series of hard runs starting at 50 miles per hour with each key, noting the time taken to reach 100 miles per hour.
He is using the 50-100 run to measure the performance differences because going from a roll removes the variables of traction (to some extent) and driver skill, and while Paul is a fine driver – the best way to measure the differences is to remove as many variables as possible. 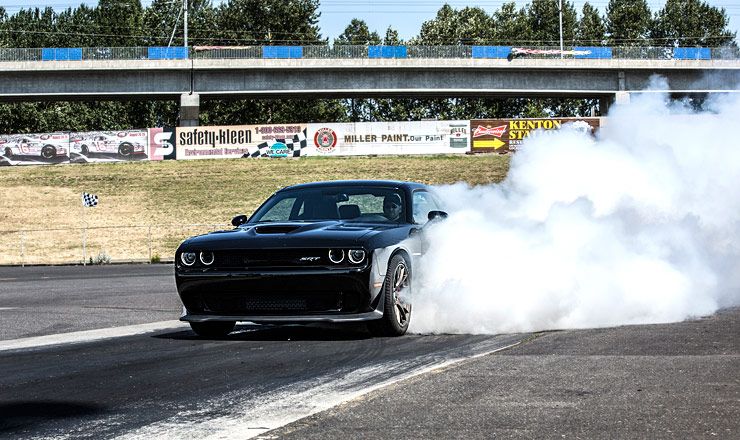 Paul starts by making a series of runs with the red key and 707 horsepower mode, starting in second gear at a 50 mile per hour roll and pushing the car wide open until he reaches 100 (or so). On the first run, his Challenger uses all of that power to accelerate from 50 to 100mph in 4.06 seconds. On the second run, it takes 4.58 seconds and on the third run, it takes 4.41 seconds. This brings about an average of 4.35 seconds to accelerate from 50-100mph, along with a best time of 4.06 seconds.

For the sake of comparison, Paul also makes a run with the red key and 707hp from 50-100 while starting in third gear, leading to a time of 4.95 seconds.

Next, Paul removes the red key from the car and takes to the streets of Mexico in his Hellcat Challenger with only the black key and a mere 500 horsepower. He makes three 50-100 runs with this setting and gets times of 6.30, 5.70 and 5.94 seconds, leading to an average time over the three runs of 5.98 seconds to get from 50-100 with the black key.

Based on these six runs, the red key allows the Hellcat Challenger to accelerate from 50-100 almost two seconds quicker than the same car running on the 500hp black key setup.