Cummins may be best-known for producing brawny diesel engines for commercial trucks and light-duty pickups, but it’s leaping into the world of EVs with both feet.

Cummins has been working on electrified powertrains and fuel cells for about a decade and they reveals their first ever electric semi-truck. They unveiled a Class 7 heavy-duty truck cab built by Roush Enterprises featuring an advanced 140 kWh battery pack that it will sell to bus operators and commercial truck fleets starting in 2019.
– 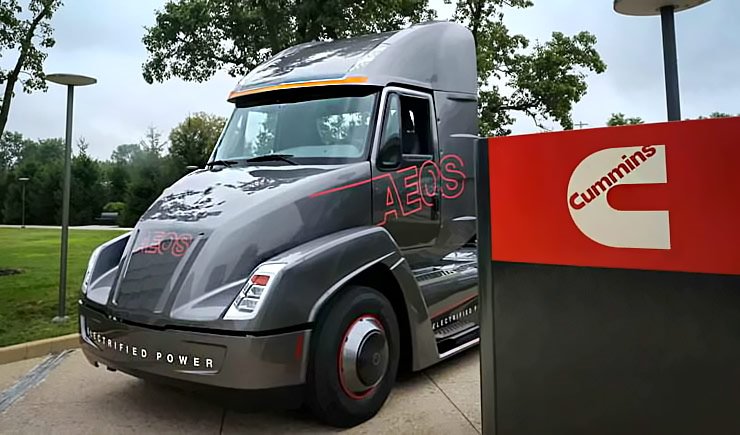 Cummins’ announcement comes a few weeks ahead of Tesla’s planned reveal of an electric “semi” truck. By getting a jump on Tesla’s announcement, Cummins is getting across loud and clear that it intends to remain a major player in the commercial truck business, even if that market shifts away from its core diesel engine business.

With a 100-mile range, the Cummins electric power train is being targeted at urban delivery vehicles (like a beer truck or food delivery truck) as well as for short haul trips in and around ports and other terminals. It can be recharged in about an hour at a 140 kWh charging station, and Cummins’ goal is to get that down to 20 minutes by 2020, reducing down time for its business customers.
– 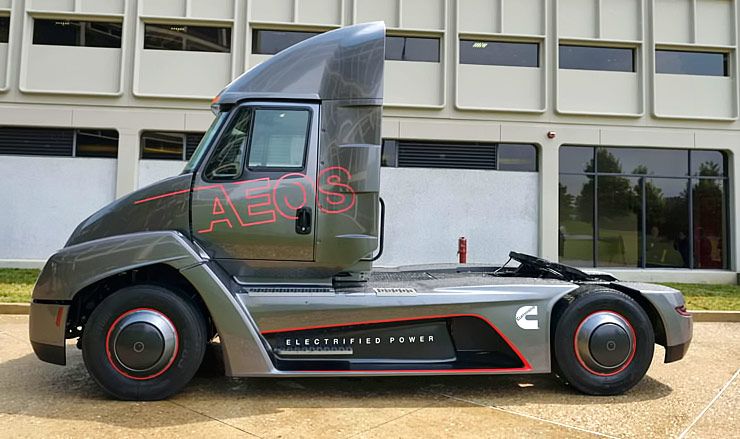 Because of the limits of today’s battery technology, Cummins’ Chief Executive Thomas Linebarger said the Class 7 truck cab represents the “stretch application” for a heavy-duty electric truck. An electric powertrain does not yet make sense for a Class 8 semi tractor-trailer, also known as an 18-wheeler, because of the larger loads they carry and the longer distances they travel, he said. By contrast, reports have Tesla’s yet-to-be-revealed rival as producing 200-300 miles of range. 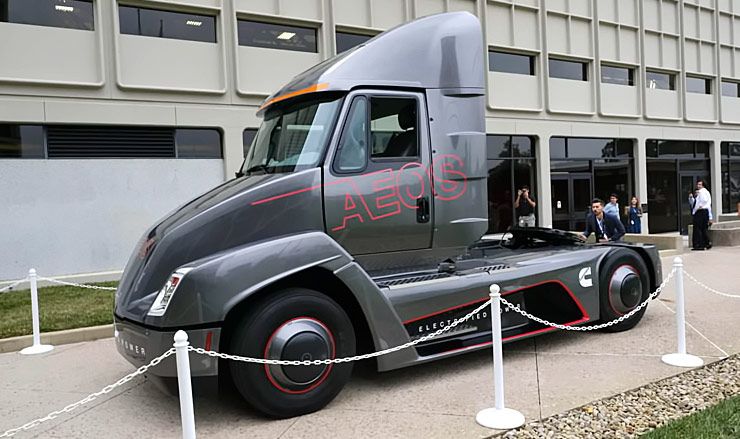 Cummins Inc. is looking to electric power as it plans strategy for the future. The drive to provide electric powertrains for trucks is rooted in regional and national efforts to reduce diesel truck emissions.

Cummins does not plan to assemble the trucks, but will instead supply a fully integrated battery electronics system and will buy the cells from an unnamed provider. Tesla famously makes its own battery cells at a massive “gigafactory” in Nevada.