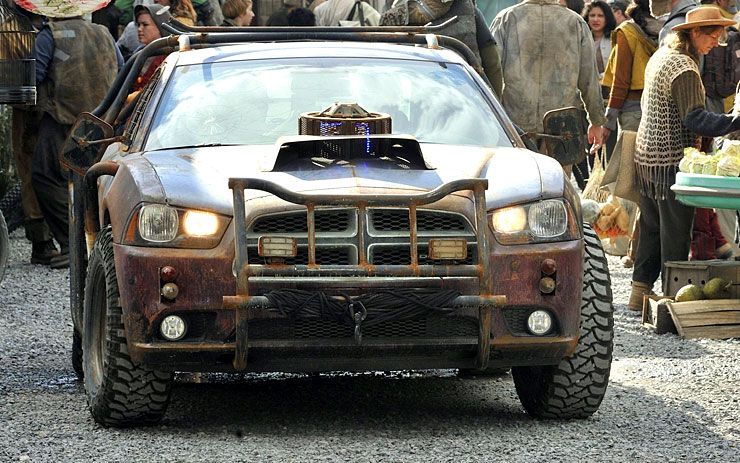 What’s the best vehicle for a post-apocalyptic scenario like that? Dodge thinks its Charger would be pretty good at fending off aliens, so it built a customized Defiance version. Like any car that’s been through a nine-year global war, this Charger looks like it survived Armageddon, or at least an apocalyptic meteor shower and mud tsunami.

The vehicle is reminiscent of the Mad Max movie and wears a rusty/dirty appearance partially hidden by a welded cage of tube steel. With its big meaty off-road-ready tires and steel push bars, is one of the stars of the show. The handmade roll cage and front bull bar seem to have protected the bodywork from any serious damage, though.
– 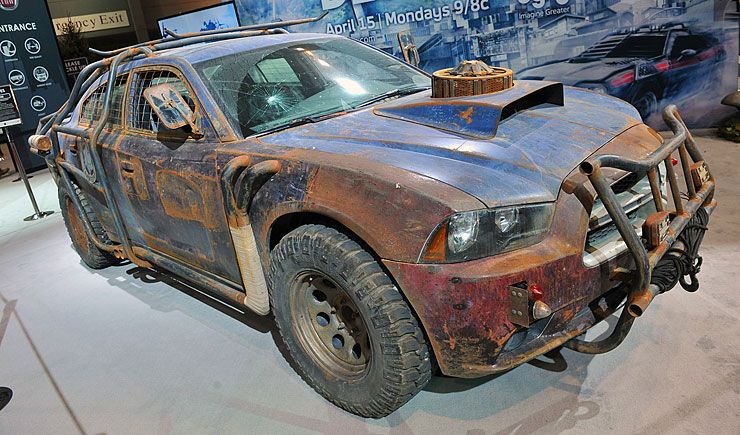 The Charger seems like a more probable tool for fighting inhuman hordes. That means for metal between the driver and whatever he or she hits in vehicular combat. Its low roofline also leaves driver and passenger less exposed, because there is less (easily breakable) window glass. 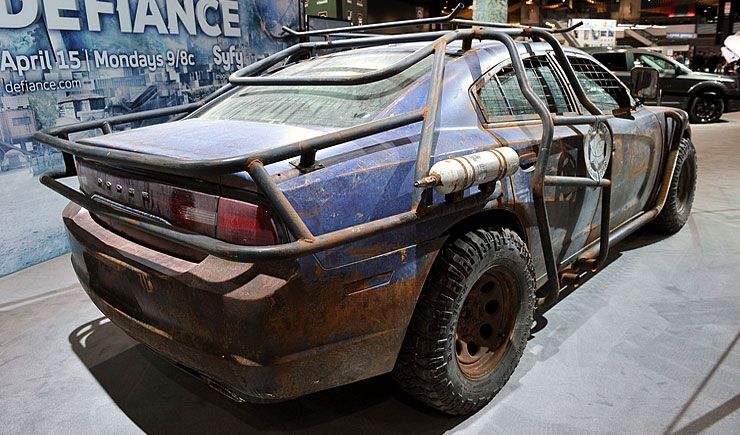 Weight was not an issue with the Charger’s modifications; the front and rear tubes are metal. “Rust” and other modifications were added for effect. Heavier frame, roll bars, and a “Petrohop” (supercharged hybrid) engine were also added to match the Defiance character.

But that’s in the television world. Even with all those modification, we suspect this Charger is not “Trail Rated.” In the real world, the car is a 2013 V6 Charger that was kitted up. Other than the cosmetic modifications, the Charger is stock.