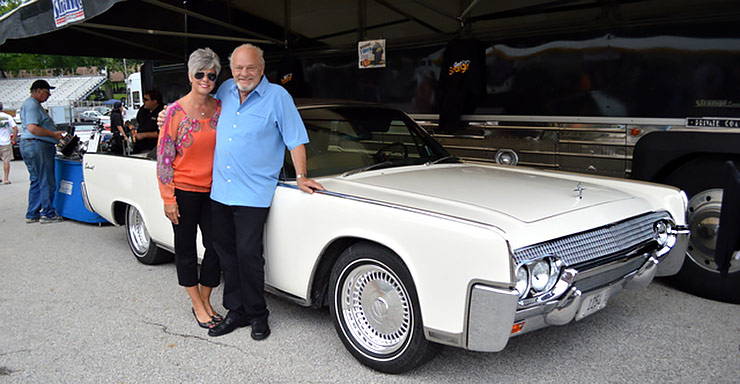 Bob Stange is no stranger to hot rodders—he’s the founder of Strange Engineering (you know, the rearend and axle guys). He’s had this thing for early 1960s Lincoln Continentals and always wanted a modified version of one. He found this 1961 ’vert in San Diego and started the build in 1994 and was completed in June 2014. That’s 20 years of stop-and-go work.

1961 was the first year of the suicide-door Conti, and they featured a lot of cool and expensive details that slowly evaporated year by year. Bob’s car has the cast grilles front and rear, the square door locks (a one-year-only detail), and the curved side glass that got nixed in 1964. It’s also a rare factory A/C car.
– 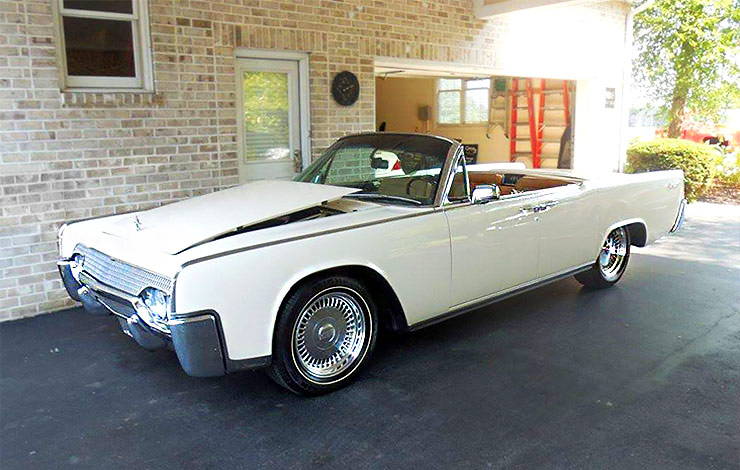 1961 Lincoln Continental 460 Engine The bored-and-stroked 460 is dressed up in period accessories, but the rest of the engine compartment exhibits contemporary plumbing, airbox, and other components alerting the viewer this is not a stock refresh.

1961 Lincoln Continental Interior View All of the stock wood enhancements have been redone, while the steering wheel and shifter were whittled by Bob’s friend. 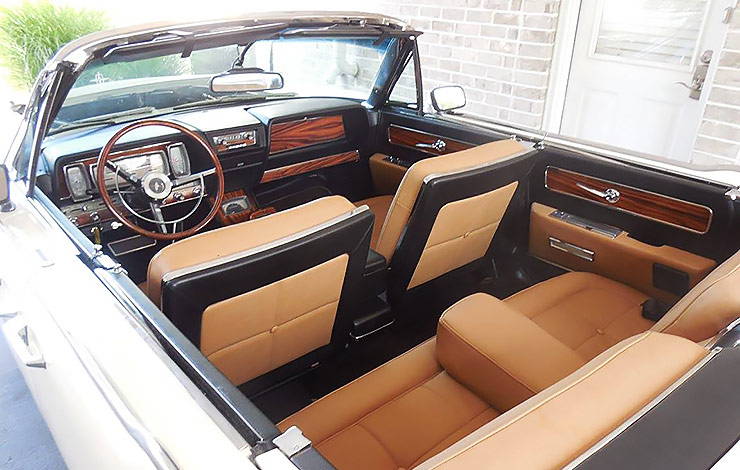 Bob had Dave and Kenny Hirata press out the body and squirt the factory ivory paint. The engine is a 460ci running a stroked crank and bored 0.030 over. The trans is a built C6 three-speed. Disc brakes are at all four corners. The interior features a handmade wood wheel, shifter and door inserts, and fawn leather interior.

In many respects, this is actually a mid-1990s Continental from a handling and highway perspective. Power-wise, it’s more like a Shelby Mustang. 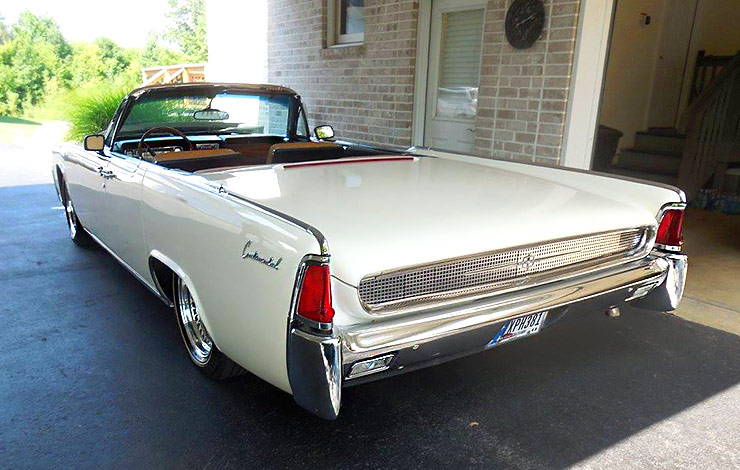