You all remember the truck from the gasoline truck heist in the opening scene of the “Fast & Furious 4” movie, but we doubt that the next owner will be pulling off similar stunts. 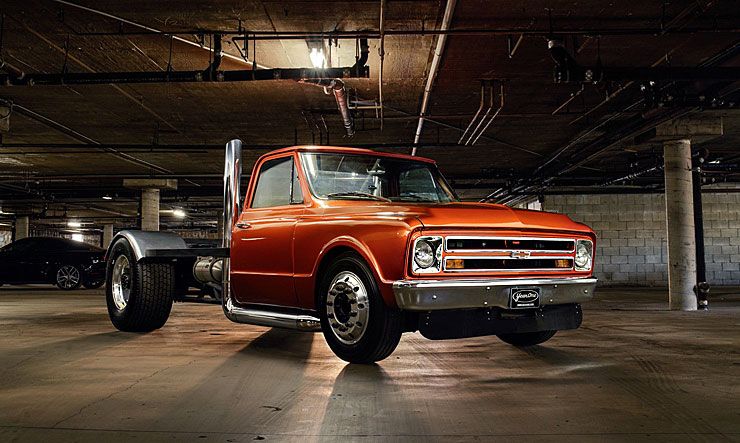 The orange 1967 Chevrolet C-10 truck was driven in one of the opening sequences by Han Seoul-Oh, portrayed by Sung Kang in “Fast & Furious 4” and recently it was sold on eBay for $32,500.

The truck was built by Dennis McCarthy, the man who built nearly every picture car used by Universal in the last decade.
– 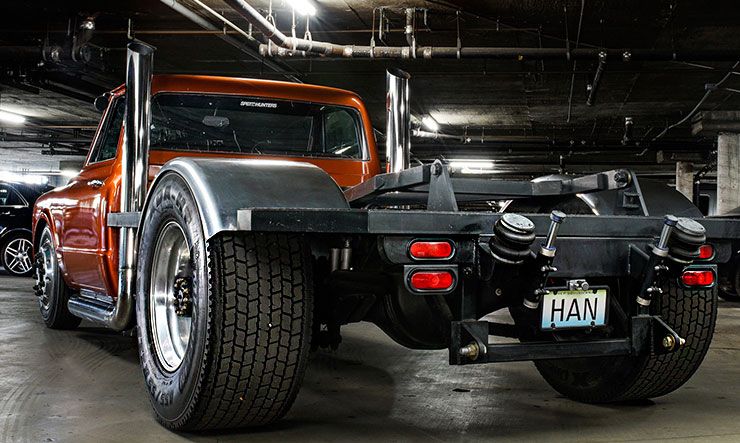 From the cab back, this beast features a custom frame built from massive steel box section tubing. The rear suspension is a giant ladder bar setup with airbags, and the rear tires are the biggest and widest the picture car department could find. 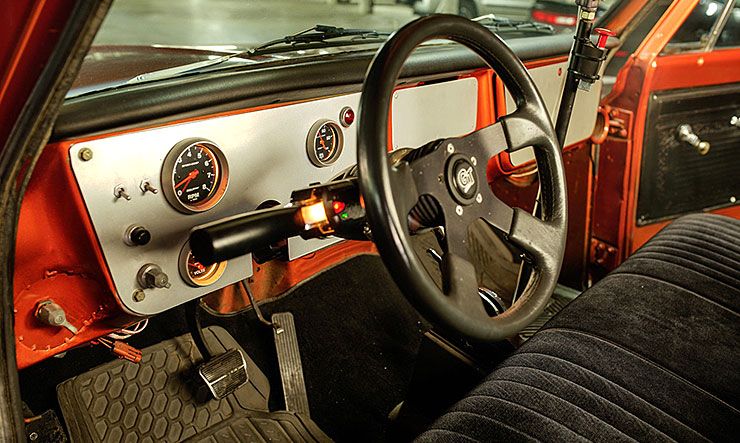 As for specs, power comes from a massive 502cu GM crate V-8 engine producing 370 horsepower and 490lb-ft of torque. A 3-speed automatic handles shifting duties. This being a movie prop there are some things that are just for show like the 10 speed tractor shifter. Like a lot of the film series, the shifter from the truck’s scene is fake. No manual here.

The best part was the paperwork, including the title from the movie that comes with the truck from Universal Studios, authenticating the vehicle’s use in the movie. 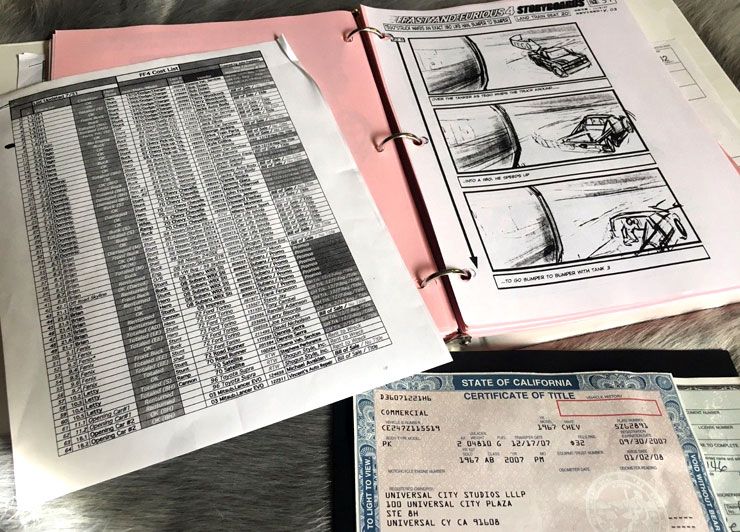 The truck was described as being in a “good running and driving condition”.

Now, check the movie scene in the video below.