It might look like a vehicle popped straight out of a cartoon, but Ron Berry’s crazy VW Bus is the real thing.

The artist that created this rolling sculpture is Ron Berry, a retired resident from St. George, Utah.  He admits that he’s “obsessed, this is my addiction” and his handicraft produced a one of a kind VW styled bus that is definitely unique.  Plus the engine that powers this cartoonish vehicle has a deep connection with Berry’s early drag racing roots. 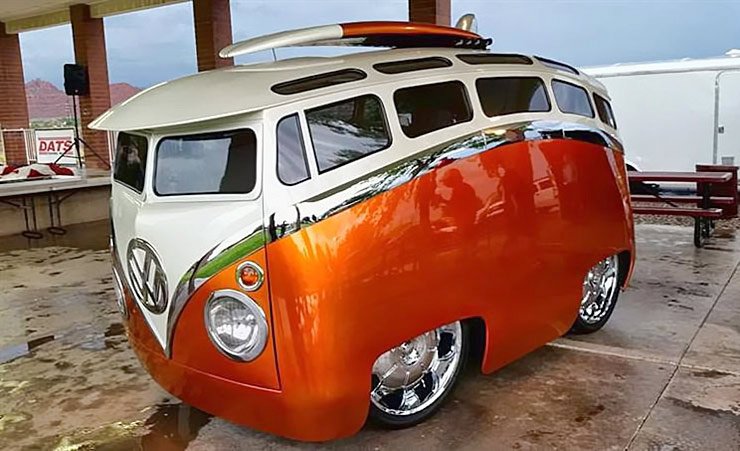 He spent a total of 17 months working on the bus. He did all the body work himself, except for the paint which was done by Rick Sheley of SKJ. With its big 24-inch chrome wheels tucked in effortlessly, the hand-built Surf Seeker is a sight to behold. Its body lines are bent to a degree that almost looks unreal. “It was a ’65 VW Kombi Bus and I removed the pan and replaced it with railing. I thought about building a whole new chassis, but it would have been too time-consuming. I wanted to keep the forward controls, so I’ve got everything that a Bus would have,” Ron says. 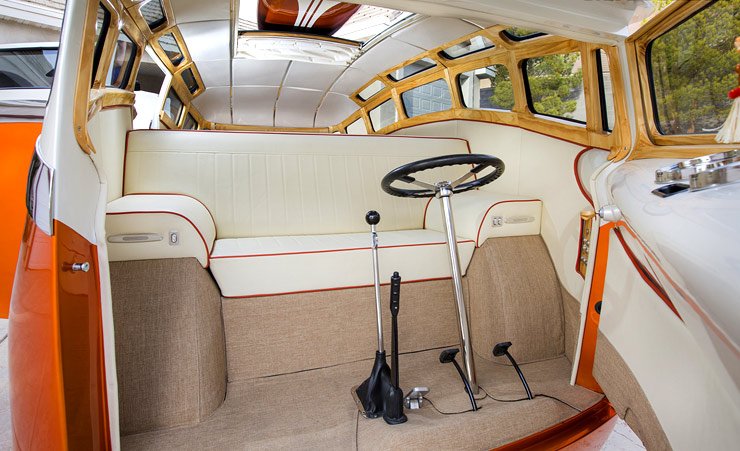 “The front still has the torsion tubes but I modified disc brakes from a Camaro to fit on the VW spindles. I took the torsion bars out of the tubes and put a solid spring steel bar in so that it acts as a sway control, and I replaced the shocks with adjustable coil-overs. It worked really well,” Ron says. “Because of the height and weight of the Bus, I was concerned it was going to have terrible body roll going around a curve, but the changes to the suspension pretty much eliminated it.” 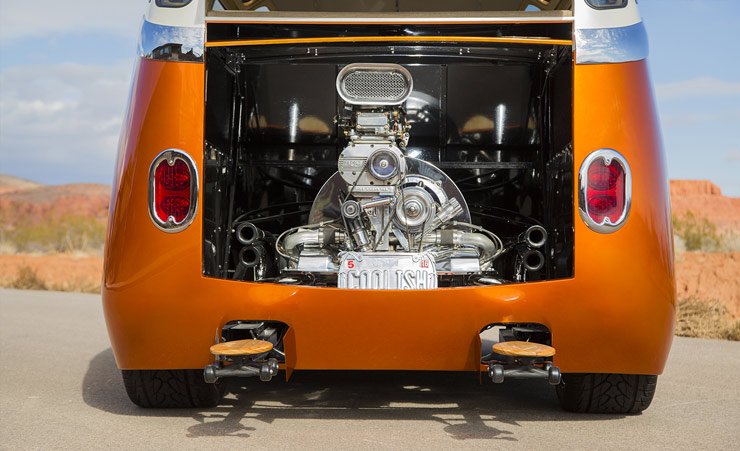 You’ll all be happy to hear that in the end Ron decided to stick with a VW powerplant, but this time it would actually have some horsepower – 209 of them to be precise – and it’s a pretty special bit of gear. It’s the VW equivalent of a big-block, measuring in at 2275cc and built by Ron Jones.

Just keep doing what you’re doing, Ron. We love it!