One of the car cult figures Ed “Big Daddy” Roth created his show cars like no one else. His show cars were not just a off-the-assembly-line models modified with body work, all were unique creations. 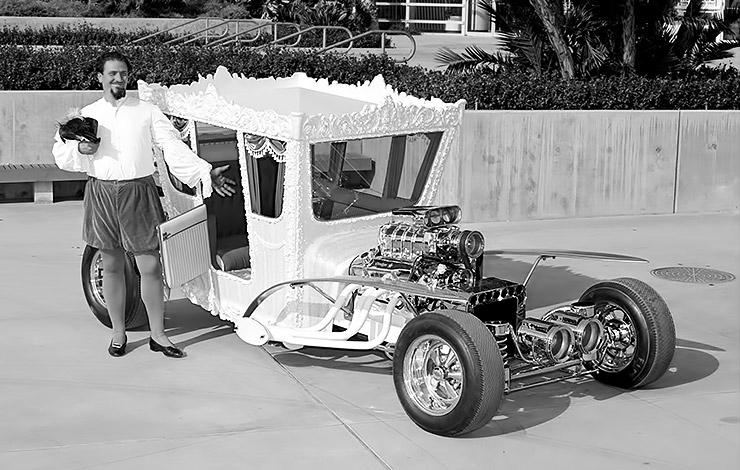 To many, Beatnik rods are considered the ultimate in imaginative design, with shapes and colors that literally look out of this world. To understand these cars though, you have to look at the people who built them-namely: Beatniks.

Beatniks are an outgrowth of the 1950’s and early 1960’s ‘Beat Generation,’ who were basically the rebellious youths of their day. Personified in the writings and life of Jack Kerouac, beatniks had all the makings of great hot rodders; they were counter-culture youth longing to express themselves and possessing huge amounts of artistic and creative talent…combined with the free time that comes with being an unemployed or slightly employed disgruntled teen or twenty-something.
– 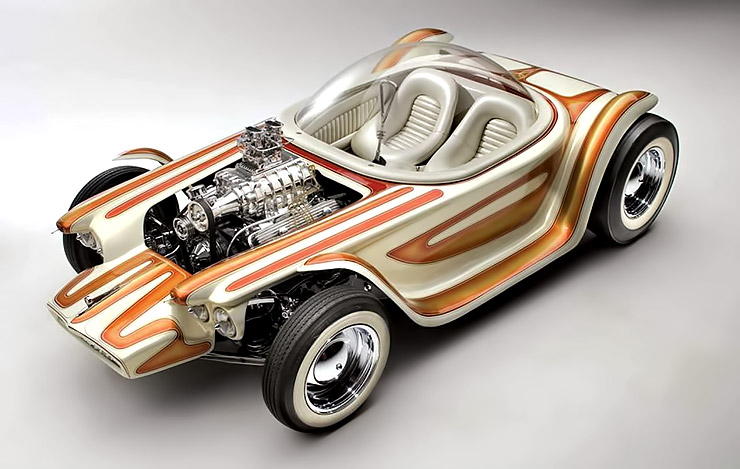 Beatnik rods were designed to transport the user and viewer to another place, more mentally than physically. Unlike rat rods, which are ruggedly utilitarian, Beatnik rods were alien and unworldly. Even more so, the use of original parts was uncommon, almost every part of the car was fabricated, much of it from an old material fairly new car building-fiberglass.

He opened a successful custom paint shop called the Crazy Painters with fellow pinstriping artists “Baron” Crozier and Tom Kelly. Yet, while his brand of custom pinstriping was an important part of the 1950s car scene, it soon became apparent that the form of art did not have to be reserved exclusively for automobiles. It was during this time in the late 1950’s that he developed an icon that still lives on to this day: Rat Fink.


The unofficial mascot of the Beatnik rod (and most every other hot rod, save for the ultra-modern, high tech, and expensive rods), Rat Fink was a crazed, hideous rat-like creature with a penchant for burn-outs. 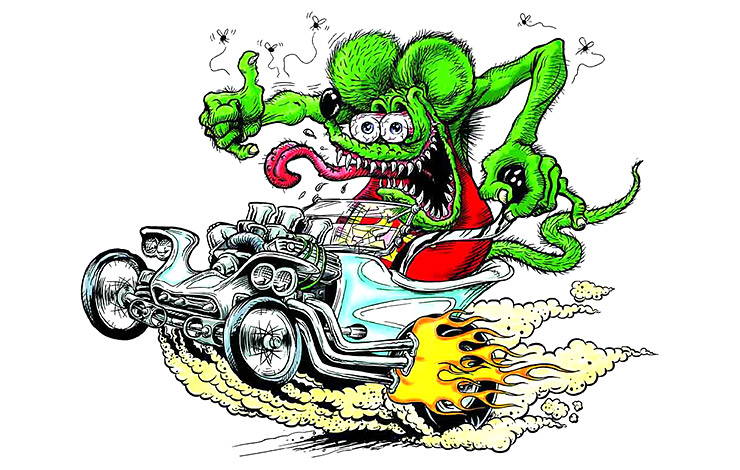 Widely regarded as the alter ego of Disney’s world-famous Mickey Mouse, Rat Fink was the archetypal Roth monster. He was fat, hairy, homely, sweaty, and had bloodshot eyes and a twitch, yet is credited with selling the most Roth T-shirts. 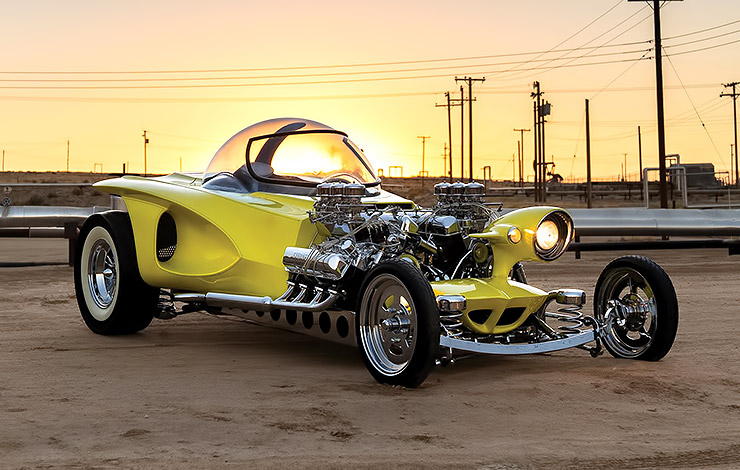 In the late 1950s, Roth began running advertisements in Car Craft and Rod and Custom magazines offering what he called “weirdo shirts.”  For about four dollars, Roth would hand airbrush the name of your car club on a sweatshirt along with a grotesque head covered in pustules or surrounded by flames—a “weirdo.”  The cover of the April 1961 issue of Sports Illustrated featured two hot rodders, backs to the camera, showing off their Weirdo Shirts—high fashion in the Southern California street racing scene. 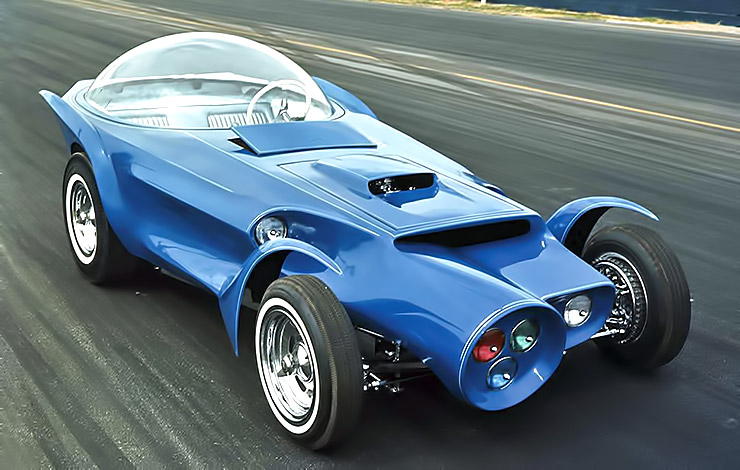 Also in the late 50’s and early 60’s, Roth created a bunch of vehicles that fit the Rat Finks wild persona. Unlike anything that had ever been seen before, Roth’s hot rods were based on the usual bits, mostly 1920’s and 30’s Fords, but were bodied with strange and wild fiberglass bodies topped off with eccentric pearlescent paint jobs.


Roth also was one of the first designers to put a bubble top on a hot rod, something that had become increasingly popular among jet-age automobile designers. With exotic names like ‘Beatnik Bandit’ and ‘Mysterion’ and looks that were wild enough to stand above the rest by attractive enough to be adored by the masses, Roth capitalized on the phenomenon with a series of t-shirts, models, and posters that are still popular today. 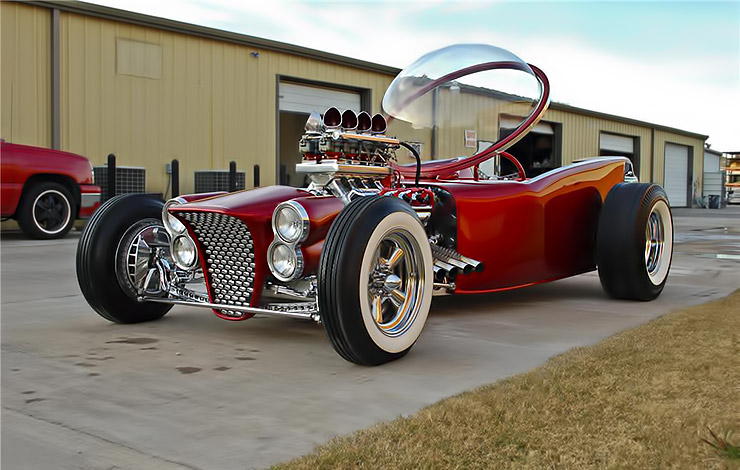 The style the Roth pioneered and championed still lives on now with some hot rodders. Ed “Big Daddy” Roth died in 2001, but his works live on to remind us of an important period of social change, and inspire those who seek to embrace their own spirit of nonconformity.

For a comprehensive list of Roth’s show cars, check out MrGasser.com.