This has to be the toughest Toyota Hilux in the world.

Where is the logic in spending countless hours and mountains of money to build a car that’s sole purpose is to demolish the rear tires in a swift and spectacular fashion? Love that we have for our cars isn’t just a rational thing, or we’d all be driving beige 1.2L hatchbacks. The culture that surrounds our four-wheeled creations is as rich, vibrant and diverse as any subculture, and that’s something to be celebrated. The process is pretty simple: wait for the flag to drop and start frying tires!
–
We are not talking about the sort of burnout that your cousin did in the industrial area around the corner. We are talking about burnouts, fire, superchargers, donuts and noise, everything that car fanatics love and this video has it all in one crazed package known as BLWNLUX. 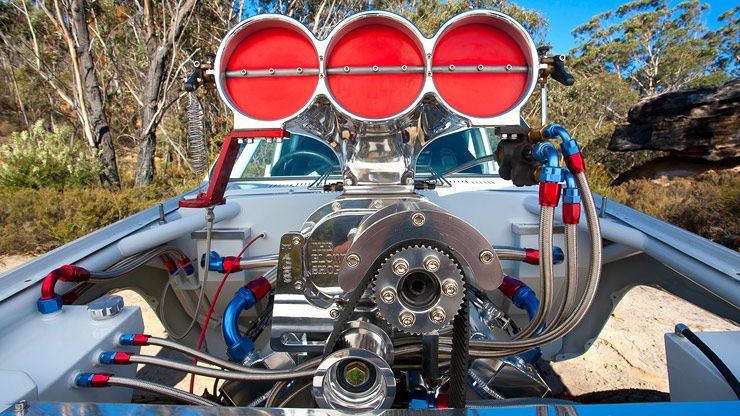 There is no words that can describe the sight of seeing a jacked up ute destroying a set of muddies. This tough 1987 Toyota Hilux features a supercharged 540 ci Chevy clearly making plenty of horsepower and the owner and driver Battersby uses it violently by immediately filling the burnout area with enough smoke to make the lifted truck disappear. 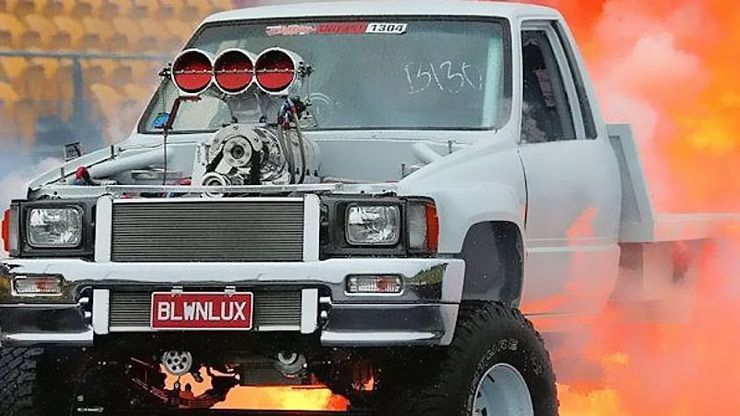 Sparks flying off the wheels, and flames spitting out of the pipes creates a scenes making it a crowd favourite to take out the any event where this insane Hilux participate. The guy is creating such a huge clouds of smoke. As he is pedaling his way to the exit he is creating a flame show that is only topped by completing shredding the flat tire completely off the rim sending sparks everywhere. It is one of the most stunning performances of the dopest trucks I have ever seen.

Watch tire torture in the video below.