Sam Castronova has a philosophy about building custom trucks: “It has to look cool, it has to sit cool and I’ve got to be able to drive it.” 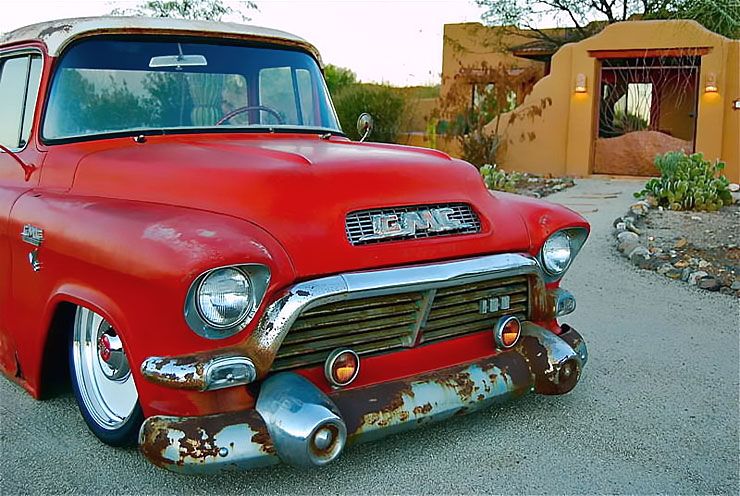 After taking one look at Sam’s ’57 GMC stretched across these pages, we’d have to say Sam’s philosophy works as this classic clearly fits all three requirements.
As you can imagine it’s not really all that scientific, just a matter of choosing the right parts, the right builder and the right truck to start with. It’s pretty tough to go wrong with a 1955-59 GM truck, a stack of Porterbuilt gear and good old Del Uschenko of Delmo’s Speed & Kustom turning the wrenches and stacking dimes with the welder. 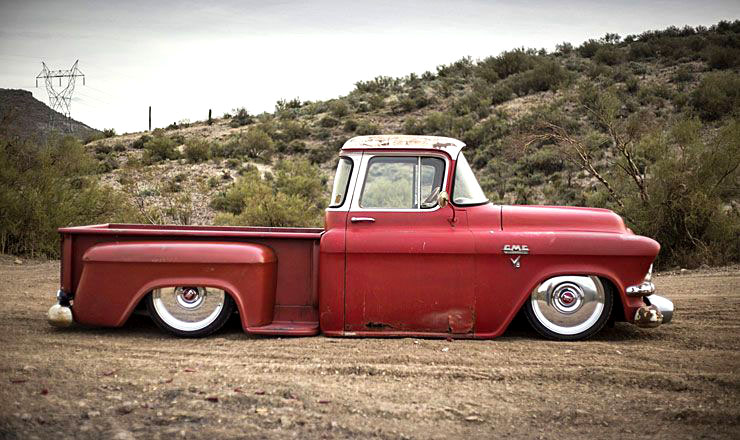 Like most, the project started with a vision and a truck that Castronova just couldn’t get out of his head. Actually, at the beginning it was a truck that Sam’s buddy Joe Yezzi couldn’t get out of his head while staring at a Craigslist ad for a ’55 Cameo and the faded red ’57 GMC in the background piqued more interest than the Cameo did. A trip to SoCal with a stack of greenbacks and a trailer yielded a fresh new project that everyone could get excited about. Sam just had to convince Joe to let the Castronova name grace the title. 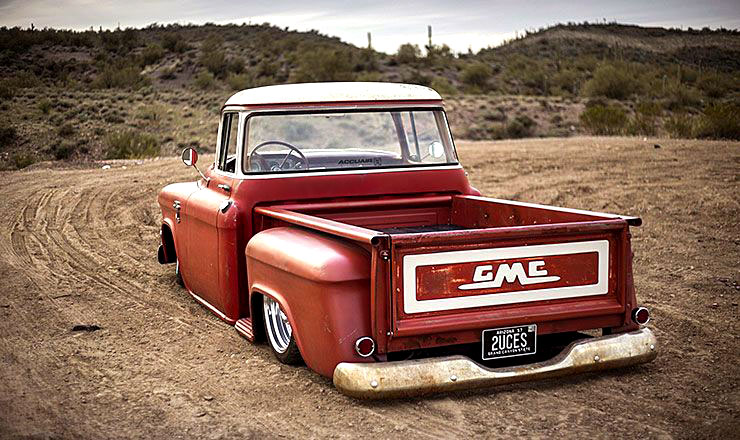 After some prying, Sam vacuumed out his checking account and put his plan for the truck in motion. It was already at Delmo’s getting hammered with Porterbuilt gear on a set of 20-inch Delmo Special deep dish wheels mounted on 35 series low pros, so the build was already headed in the right direction.

To get the drivetrain in line, a 1957 Pontiac V-8 was stabbed between the rails, coated with Pontiac Green paint and topped with a Pontiac cast-iron intake manifold crowned with three Rochester two barrels. Ray Pickard of Pic Motorsports tuned, installed and stylized the throwback mill. The retro bullet’s cylinder heads were capped with stock exhaust manifolds tipped with a custom exhaust system tucked up high for ground clearance with Flowmaster microphones singing the Pontiac power ballad. A 1957 GM Hydromatic transmission gets the power to the Camaro rearend via a shortened custom driveshaft by Pic Motorsports. 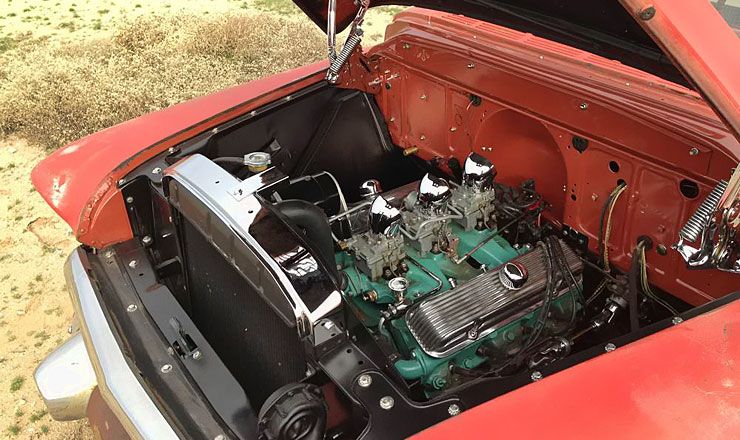 It’s nice to see something different under the hood rather than the typical small-block Chevy, big-block Chevy or LS motor. A 347-ci Pontiac engine drenched in Pontiac Green and topped with a cast-iron manifold and three Rochester two-barrel carburetors is definitely different.

Once the stance was nailed and the powertrain was thumping, Ray worked to get the patina even. Ray aimed to do a little airbrushing and sanding to get the bed patina even with the cab and clip after the surgery was done to accommodate the suspension. A custom seat back fabricated by Ray Pickard makes things more comfortable, while a factory-style pattern keeps things classic and cool. Sam’s truck packs just the right style while hugging the pavement, stuffing big solid 20s and coated in 57-year-old patina courtesy of Mother Nature.
It’s a truck any hardcore truck guy would roll with pride as the frame hovers inches above the pavement and the three deuces drink the perfect mix of air and fuel.