In 1969, Plymouth had two intermediate models to promote performance.  First there was the GTX, which was the heavier and more luxurious model. Then there was the famous Road Runner, which assumed legendary status with its great performance and light weight.

The hip name was enough to get the attention of many youthful buyers at the time. A Plymouth period advertisement said it well stating that the Road Runner featured “a total lack of unnecessary doodads, geegaws, and falderal.”
–
The ’69 ‘Runner sported new styling with a revised grille and rear end treatment. The heavy-duty shocks, springs, torsion bars, shocks, and anti-roll bars were carryovers from 1968. There were also three engines offered with a 440 Six Pack added midway through the year. Plymouth advertised the Road Runner, saying “It all adds up to a clean, unfrilled performance car that a young guy can afford.”
– 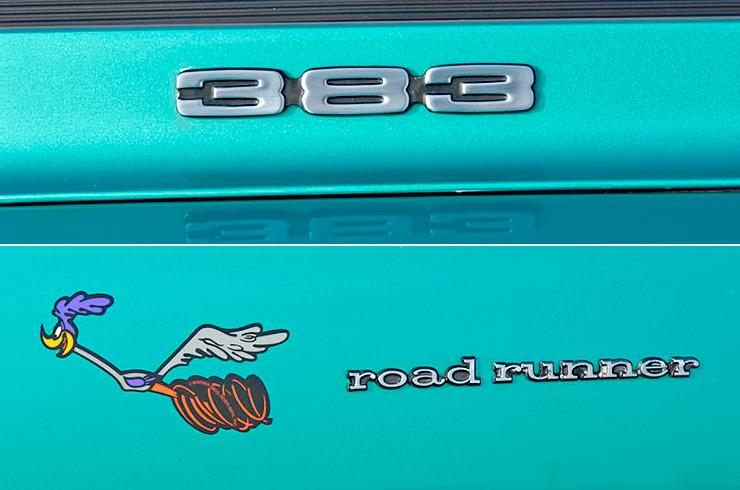 That statement suited a young David Shellabarger of Union, Ohio, to a T when he was a young Army trooper at Fort Gordon, Georgia.  “When I was home on leave in 1969, I noticed this very car displayed on the showroom floor of a local Chrysler dealer.  I bought it for the whopping total of $2,700,” David recalled.  That was really a deal as the retail price was about $3100.

Dave said that he later met his wife Gail, while driving this car.  “She kids people to this day that the car was the reason she dated me.”  Over the years, the car served as the family transportation with some 192,000 miles rolling under it.  The dependable Plymouth required only a couple of clutches, a water pump and a gas tank repair over those years.
– 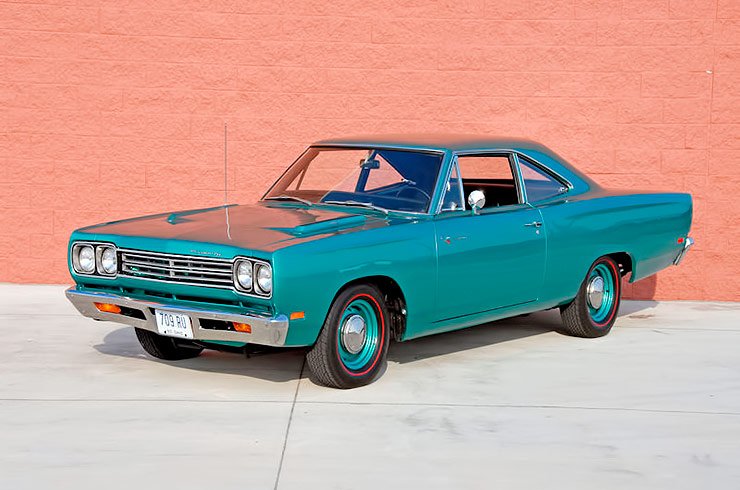 In 2005, David decided that it was time to bring this rapidly appreciating vehicle back to new condition.  It was completed a year later and you better believe that it’s really getting lots of long looks these days. The external restoration was accomplished to perfection by the C&W Body Shop in Brookville, Ohio.

Dave thinks that it’s probably the odd Seafoam Turquoise(Q5) color that really gets the attention.  “I will have to admit that I really didn’t like the color when I first saw it, but it sort of grows on you.” This vintage Road Runner has a lean and clean look about it with no side body chrome.  The nifty small wheel covers give it a performance car look.  And don’t those vintage Firestone red line replica tires look cool? 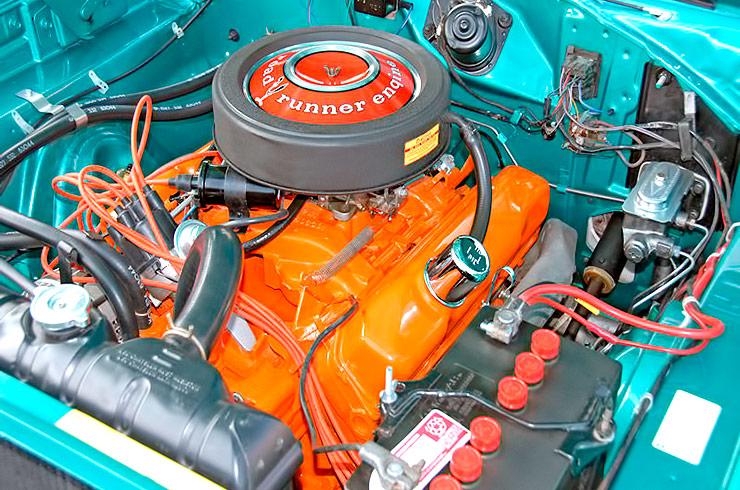 The 383 cubic inch engine certainly was strong, punching out 335 horses. The real force of this power plant was the amazing 425 pound-feet of torque. Many hemi and 440 Six Pack powered Road Runner owners dismissed the 383, until they ran against one.


The engine bay was performance oriented and proud of it. It was something Mopar excelled at during those years. It was painted in Hemi Orange with a sassy air cleaner cover printed with “383 road runner engine”.

Getting up to speed with this example of the breed quickly is accomplished with the A833 Hurst-shifted, four-speed manual transmission with a 3.23 rear end. 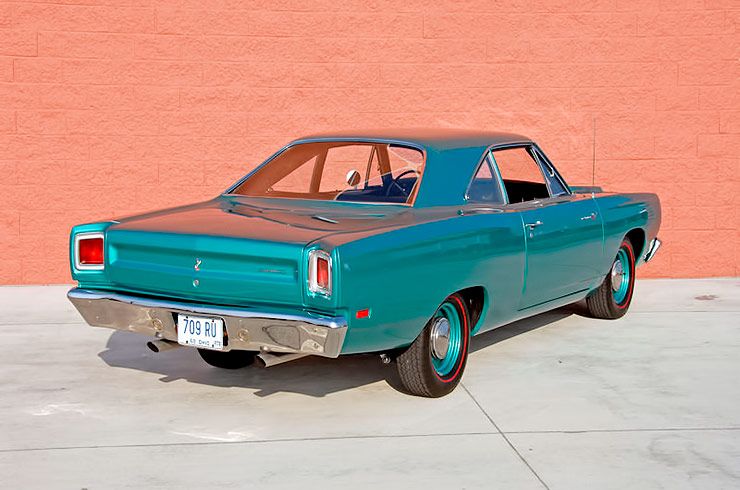 This example is pretty much a ‘plain jane’ machine. You could order Road Runners with extras like a vinyl roof and two-tone paint.  For additional performance, a fresh air hood could be ordered. David said it only added about five horses.

It was lean, clean and fast, and it didn’t break the bank. That’s why so many of them sold! 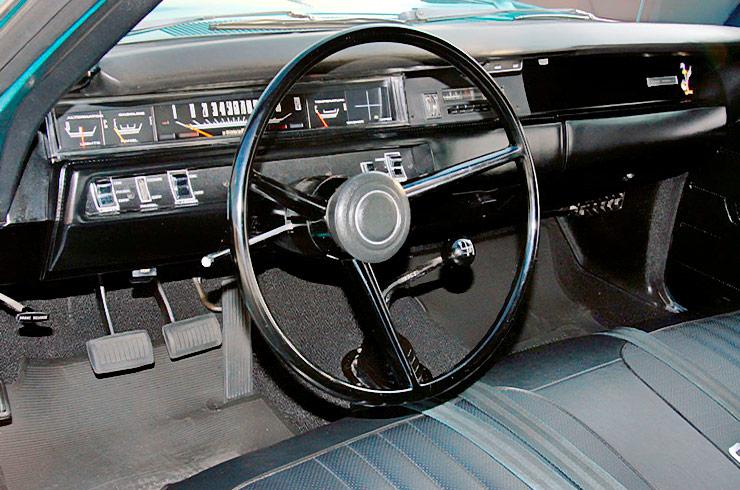