This is the Muscle Car you should know: 1970 Mark Donohue-Edition AMC Javelin. 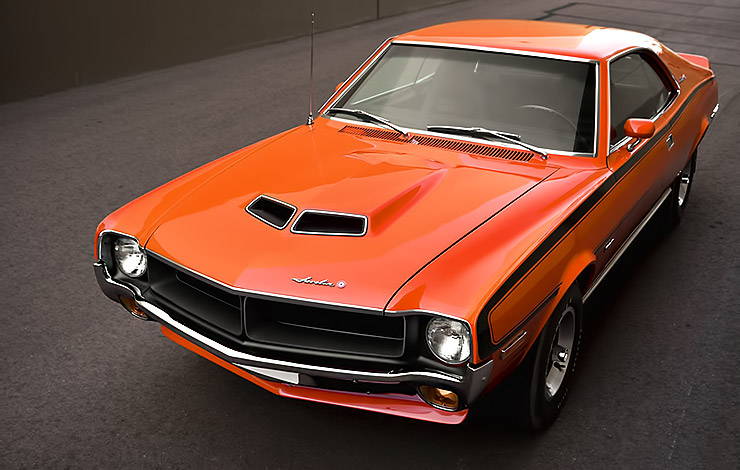 As part of American Motors’ late 1960s revamp of its image as a carmaker strictly for spinsters and pinchpennies, the company introduced two sporty new hardtops, the two-seater AMX and the Javelin four-seat hardtop.

The Javelin was intended to fill the sales slot vacated when AMC dropped the less-than-successful Marlin fastback hardtop, an odd and controversial-looking car which was practically sale-proof with a little over 7,000 examples finding customers in its two years of existence.
– 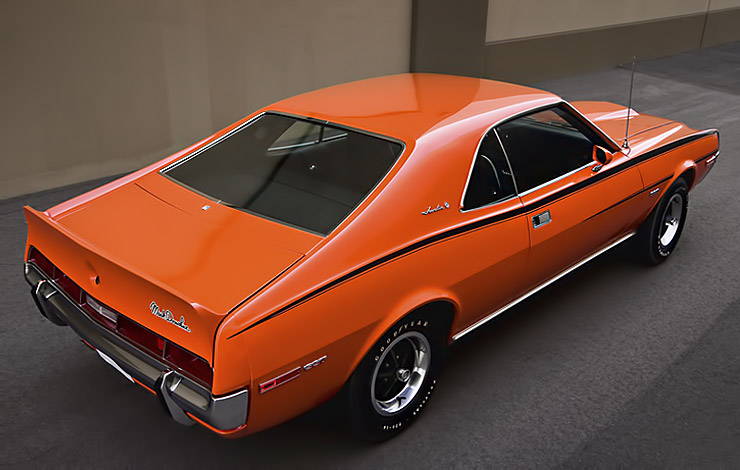 Javelins came in a variety of trim and powertrain levels, from the base six of 145bhp borrowed from the Rambler Rebel right up to the 390 V-8. Body styling was all new and very much in the ponycar idiom of the day with a taut roof, semi-fastback rear deck and a long hood leading the way. Chrome was kept to a minimum and used as accents for the body’s “Coke bottle” profile rather than an end in itself.

In all, the new Javelin was a tidy, attractive, competitive package from an unlikely source, as was its companion AMX, but AMC executives knew that youthful styling and high performance sell cars and the Javelin had these ingredients in good measure. And, indeed, compared to the dismal sales of the Marlin, the Javelin recorded first-year numbers of 59,124 cars sold! 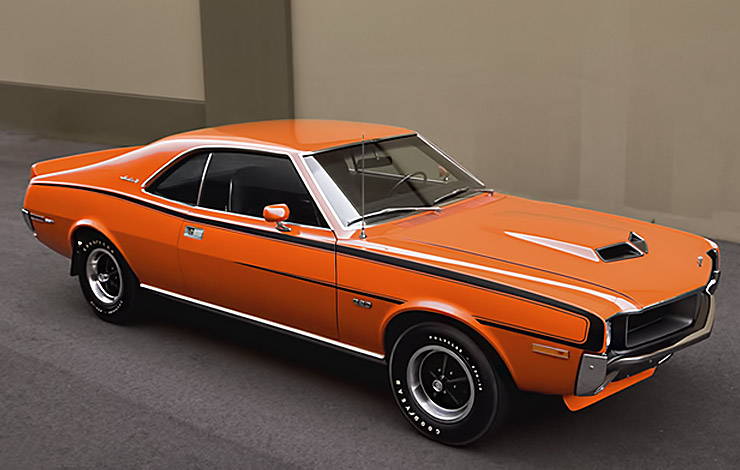 A few styling tweaks were seen on the 1970 Javelins, including the use of AMX front styling components. From the beginning, Javelins had been available in SST form which included deluxe interior goodies – and in a nod to the Javelin’s success in SCCA Trans-Am racing, a “Trans Am” series with all the SST equipment plus front and rear spoilers, black vinyl interior, 390 “Go” package, F70 x 14 glass-belted tires with raised white letters, mag-styled wheels, twin-grip diff, four-speed gearbox with Hurst shifter and a number of convenience options. They were finished in AMC’s racing colors of red, white and blue segments and only 100 were built, the number necessary for homologation in SCCA Trans-Am racing. 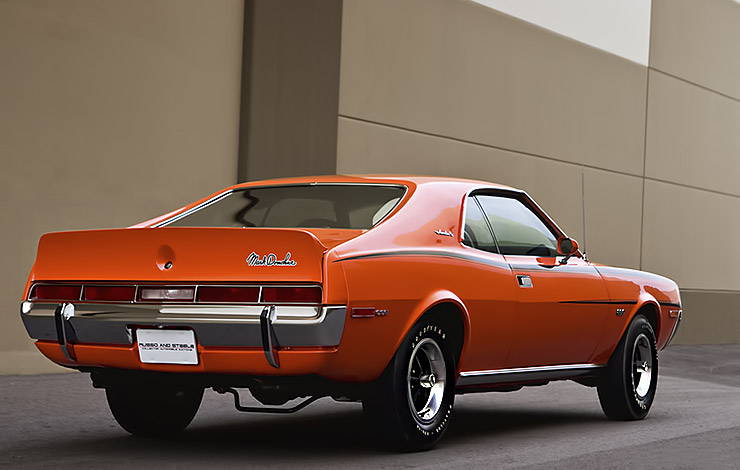 But the Sports Car Club of America suddenly changed the Trans-Am rules in 1970 and required production of 2,500 replicas instead of the original 100. This in turn led to the production of the Mark Donohue edition Javelin.


Donohue, one of the most brilliant race drivers of the time, had been a successful campaigner in Trans-Am Javelins and lent his name to this new series, which was essentially a Trans-Am Javelin SST with a thick-walled 360 V-8, 290 hp engine and a distinctive “ducktail” spoiler at the rear of the car along with a replica of Mark Donohue’s signature on the right side of the spoiler. American Motors met the letter of the SCCA rules by producing an estimated 2,501 Mark Donohue Javelin SSTs, making them a rare muscle machine today. 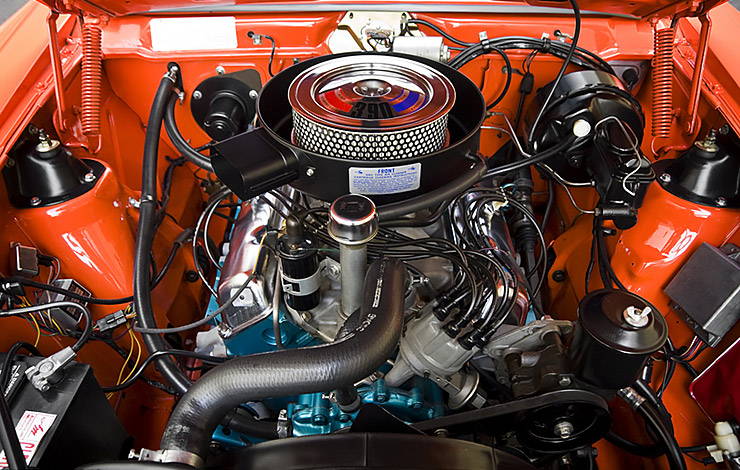 Javelins of all stripes are being collected now, and still represent a bargain compared to some of the ponycar models from the Big Three. There are plenty of variations on the theme, such as the Mark Donohue model discussed here, and performance packages ranging from mild to wild.

Here is advice to buyers of this American car’s heritage. Watch for rust in unrestored examples as these unit-body cars depend on structural integrity of the floor pan to keep things together. 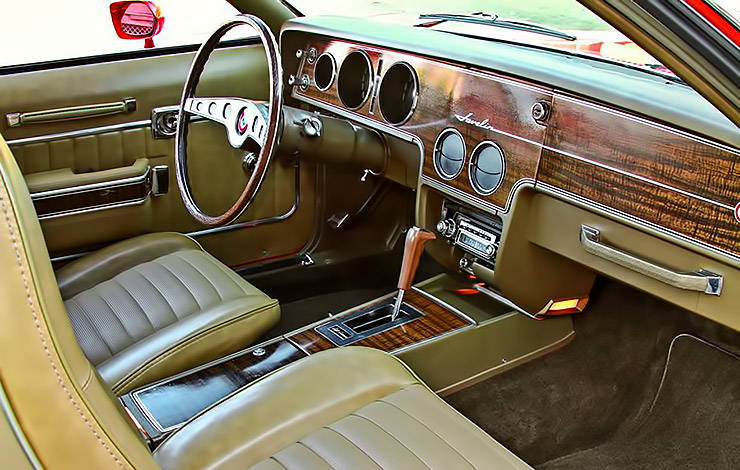 Engines should be strong as the AMC V-8s, particularly, followed much of Chevy’s bulletproof engineering, and the AMC six is renowned for its ruggedness and longevity. Trim and interior pieces are harder to find than on, say, a Mustang, but they are available with some digging through specialist suppliers.