In its inaugural season, the Chevrolet Camaro ZL1 opened with a win in the Daytona 500, the 2018 Monster Energy NASCAR Cup Series opener.

Any NASCAR fan will tell you about the legendary Daytona 500, an iconic race that has seen some of the most grueling and exciting action. The race cars that compete in NASCAR’s top Cup series haven’t had bodies from real production “stock cars” since about 1980. Since then, auto manufacturers have continued with varying degrees of success to attempt to connect NASCAR’s highly specialized, heavily standardized tube-frame racing cars with the vehicles offered in dealer showrooms across America.
– 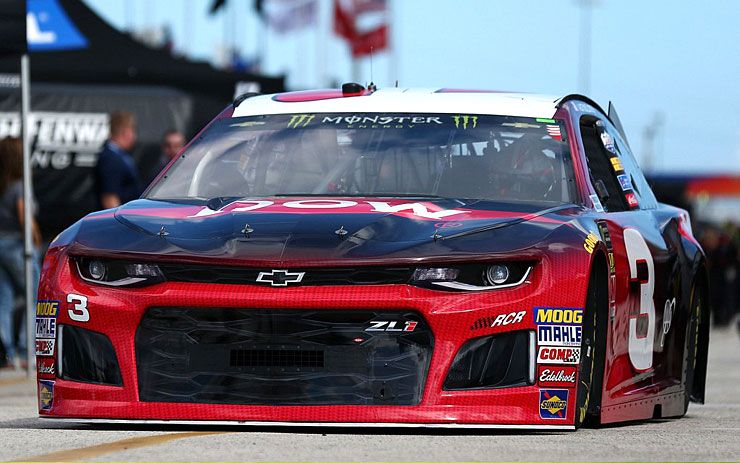 At the 2018 Daytona 500, the season-opening event on this year’s Monster Energy NASCAR Cup Series calendar, Chevrolet debuted to great fanfare and extreme success its Camaro ZL1–based design that, go figure, actually looks like a ZL1.

On Sunday, Cup Series driver Austin Dillon drove the No. 3 Dow Chevrolet Camaro ZL1 to victory lane in one of the most exciting races in the event’s storied history.
–

Austin Dillon, driver of the No. 3 DOW Camaro ZL1, took the lead on the final lap en route to winning The Great American Race at Daytona International Speedway on Sunday. Twenty years ago, we saw another No. 3 Chevy win at Daytona. Sunday, Austin Dillon found the perfect way to celebrate with a first-place finish in the debut race of the Camaro ZL1. Driving another Camaro ZL1, rookie Darrell Wallace Jr., driver of the No. 43 Click n’ Close Camaro ZL1, finished second in just his fifth career start. Topping it all off, Kyle Larson clocked the fastest lap of the race in a Camaro. Five Camaros finished in the top 10 in a race that featured 18 Camaros in total.

Chevrolet has won the Daytona 500 more than any other manufacturer to date, standing tall with an extraordinary 24 wins.