Buicks have always leaned towards style and comfort, combined with an understated touch of performance.

Recall, if you will, the technology of the turbocharged V-6 of the late ’80s, the torque of a 455c.i., the styling of a Riviera with a 425c.i. Nailhead, and even the Fireball straight-8. The brand has always carried a bit more panache.
– 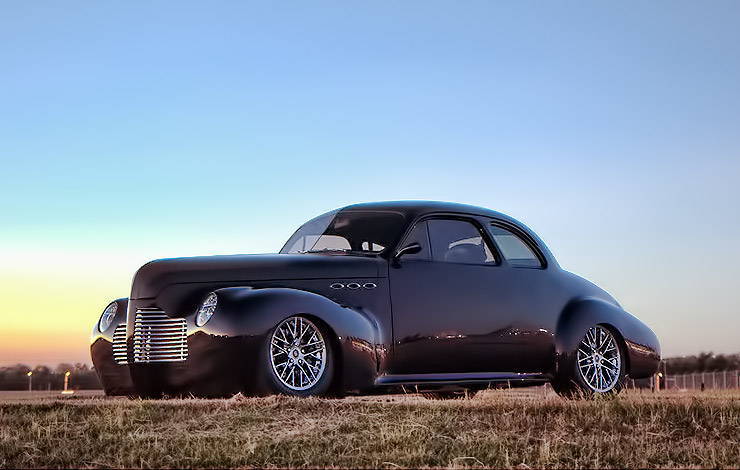 Aubrey King understands what makes a Buick a Buick, but when he decided to build his ’40 Super coupe, he took that factory-built style and performance to an entirely new level. He respected the overall form and lines of the car but knew there was a more stylish street rod on the inside waiting to be uncovered.

It doesn’t get any sleeker than this! The original steel panels were smoothed, finessed, and contoured, creating an absolutely smooth, clean flow across the rear of the body. LED tail lamps and a third brake light are molded in the bodywork and nearly invisible.
– 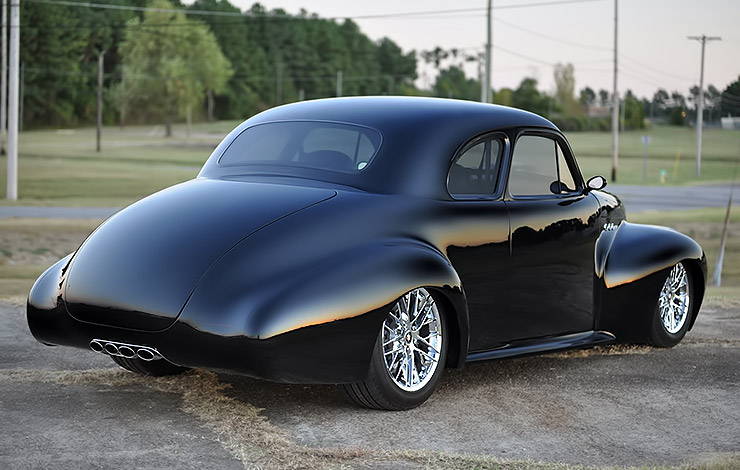 He bought the car from a friend who had rescued it from nearly 20 years of storage. It was very complete, quite solid, and ideal for the foundation of Aubrey’s plan. He turned to a couple of close friends, Dave Wright and Greg Davis, for most of the heavy lifting. Aubrey and Dave built and raced dirt track cars for years, and though one may not equate circle racers with the sleek and precision flare of a street rod, it takes a metal craftsman to do both. That is exactly where Dave shines.

The two decided a C4 Corvette would provide an ideal update in handling performance and ride quality and began the chassis transformation. The suspension went through a few iterations over the course of the extended build, but was finalized with an air-supported system. Also, a set of Wilwood six-piston calipers and 14-inch rotors were installed on the front with a four-piston, 13-inch rotor combination in the rear.

As the chassis fabrication was underway, Aubrey was wheeling and dealing used race engines and parts he had accumulated over the years on the track to help fund the build. This led to an LS1 and 4L60E for a driveline to fit the new Buick frame. As time marched on, the concern for more power to carry the weight of the Buick was raised. The solution was in the form of a 500 hp, 490 lb-ft LS3 built by Don Hardy Race Engines. Problem solved! 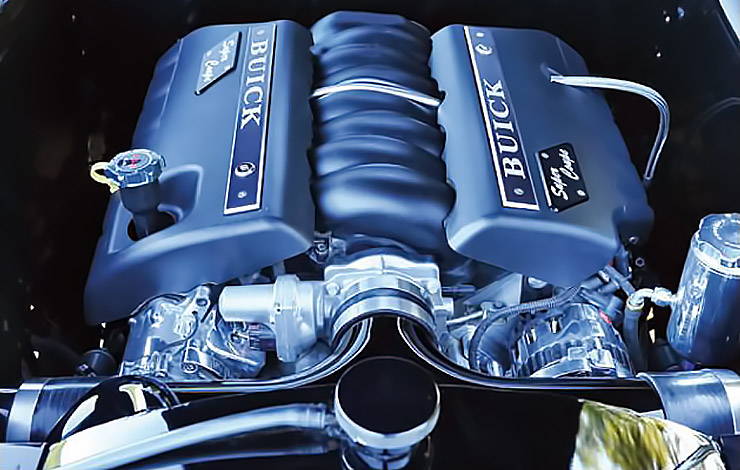 With the chassis wrapping up, Dave and Greg set out to update and smooth some of the original Buick sheet metal. The fender wells were reshaped to accommodate larger wheels and tires, Mercedes headlights were grafted into the fenders, and the grille opening was reduced, resulting in the need for a hand-made grille. The two-piece hood was formed as one, lengthened and crafted to hinge from the rear. Quite a tall order, but the team ingeniously got it done. 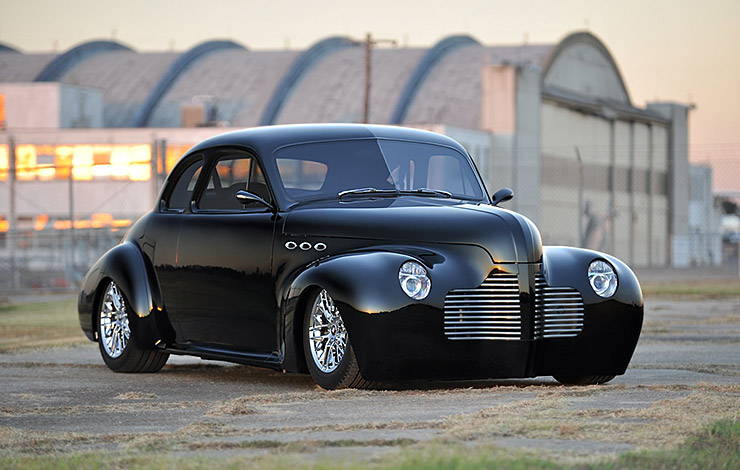 The roofline and leaned-over B-pillar were left at their original height and placement. The windshield splitter was removed in favor of V-butted pieces of flush-mounted glass, and a very slight peak was added at the top of the windshield frame.


The custom dash would look right at home in a brand new model! Greg Davis is credited for forming and wiring the dash using a computerized Infinitybox system based around the touch screen in the console. It works in harmony with the Vintage Air, Auto Meter Gauges, and stereo/GPS unit. 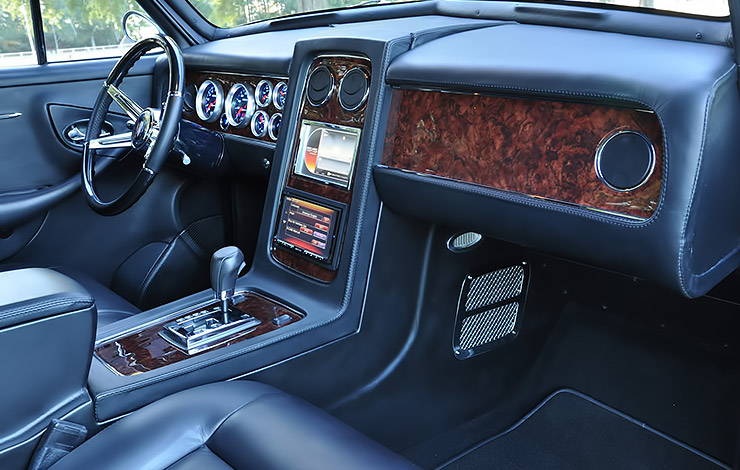 As the body modifications closed in, Greg set about the inside the cabin, where he crafted a complete dashboard, console, and side door panels. Everything was wrapped in a soft leather, and, following the Buick theme, many trim pieces were finished in wood grain by Gemico in Florida. 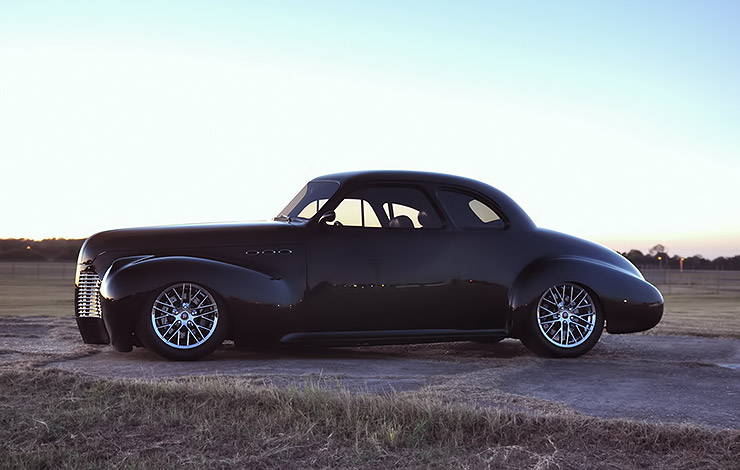 Greg also was instrumental in prepping the big Buick body for paint. With the length of panels, along with the radiuses and forms, this was a tremendous undertaking. Once deemed perfect, the body was sent to Chad Garrison in Chattsworth, Georgia, to apply the single-stage Dupont black, which was tenderly buffed to a mirror-like finish. 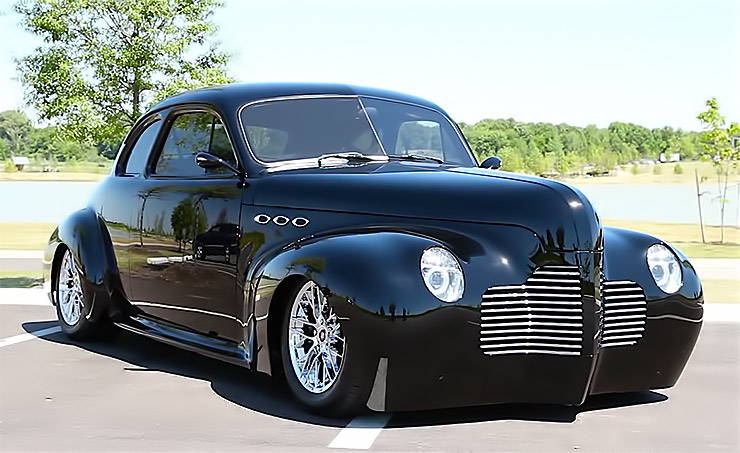 It was a long road traveled – 15 years long as a matter of fact! And like any long road trip, there were detours, pauses, ups, and downs, but with the help of Greg, Dave, Chad, and Mike Hoover, an even more super Buick made it out of the garage and onto the streets. Now, it’s time to enjoy the car and rack up some miles!