Designed explicitly for drag racing, the Demon is the first street-legal production car that can lift its front wheels off the ground under hard acceleration.

It’s the first car with a Drag Mode suspension setup for optimal weight transfer, a key component in straight-line performance. It has 840 horsepower and 770 pound-feet of torque. It’ll hit 60 mph in 2.3 seconds, 100 mph in 5.1 seconds and blitz the quarter-mile lights in 9.65 seconds at 140 mph.
– 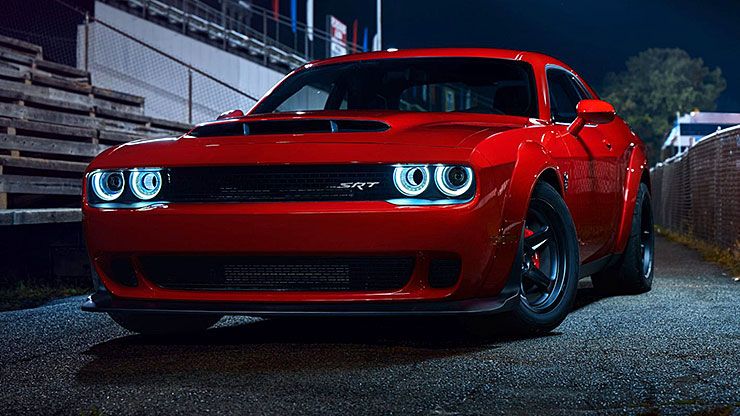 In fact, the SRT Demon is so fast at the strip that it’s actually been banned by the National Hot Rod Association, the very sanctioning body that certified its record-setting performances.

Launching the 840-horsepower, wheelie-popping, record-breaking Dodge Demon is an experience you’re not likely to have this side of an aircraft carrier catapult, but despite its brutal performance and devilish looks, there’s a surprising amount of finesse and engineering here.
– 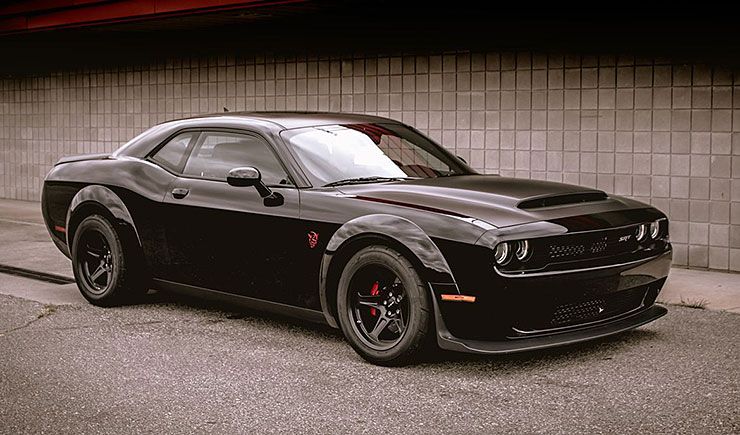 So, the Demon is comfortable and capable of flying under the radar when tip-toeing around town, returning 13 mpg in the city and 22 mpg on the highway according to the EPA. However, at half-throttle and beyond, all hell breaks loose. Speed limits are quickly blown and the engine soundtrack is mad as you hang on for dear life wondering how a car like this is available to the public that can dust anything on the road. 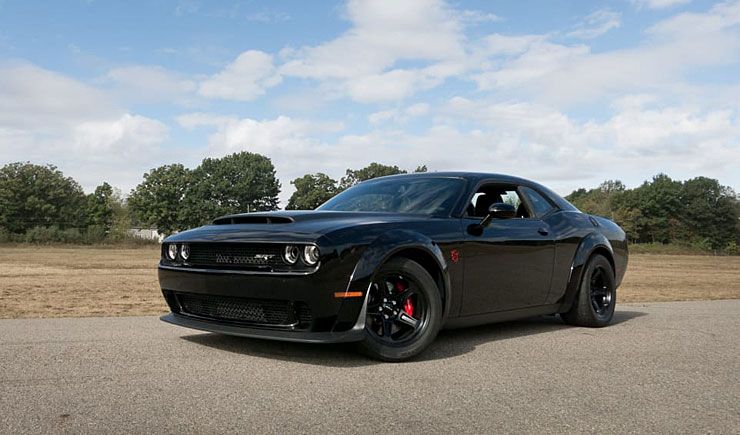 There are more horses under the hood than there were in the charge of the Light Brigade, but you can get to 60 by yesterday. Neat stuff.

On the street the car is surprisingly docile with a light right foot along with the Auto setting for looser steering and more compliant behavior from the Bilstein adaptive dampers. There’s more supercharger whine and a louder exhaust note than the Hellcat, while the wide Nitto NT05R drag radials stay surprisingly quiet around town and on expressways. 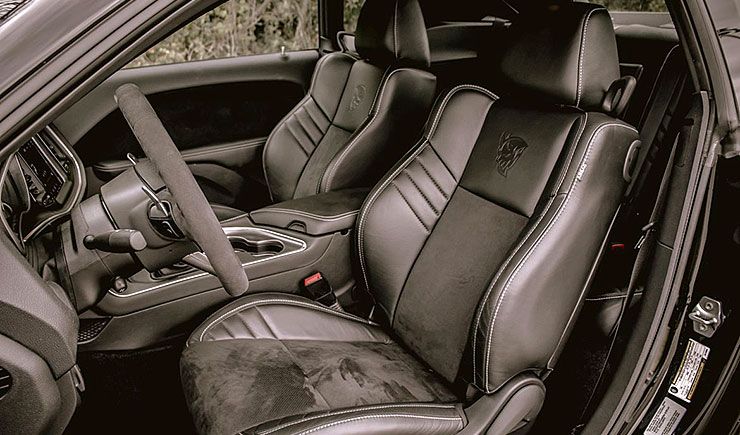 Even though it is perfectly fine there, spotting a Demon on the street is likely to be a rare treat. Most of the 3,000 models planned for the US (and 300 examples earmarked for Canada) will likely live their days either being trailered to and from drag strips or secreted away in a collection, only to be rubbed with a diaper and tethered to a battery tender until their value increases enough to contemplate selling at auction.