Straight-laced and as conservative as you could get.

In the mid-1960s, it was an image that Buick was trying to shake. Buick machines were initially as out-of-place with muscle machines of that era as could be imagined.
Buick might well have been the family car that your parents grew up with. It was also a sign of success in business. So if this brand was to compete in the land of burn-outs and stop-light challenges, some changes were definitely in order.
–
But enter the Gran Sport model in the mid-1960s and nothing would ever be the same. The classy GS model would be introduced in 1965 and last through the 1972 model year. Buick had created an authentic muscle car, and it continued to develop an unforgettable muscle reputation during the period.

Like many of the General Motors muscle cars, the Gran Sport began life as an option of another model, in this case, the Skylark. That first GS power plant was capable of an impressive 325 horses from its 400 cubic inches.
–
By 1967, that 400 engine was producing 340 horsepower and sporting hood scoops. That model also had a new grille design and body striping. The following year, the GS became a model on its own with the two Gran Sport models being known as the GS 350 and GS 400 for their engine displacements. 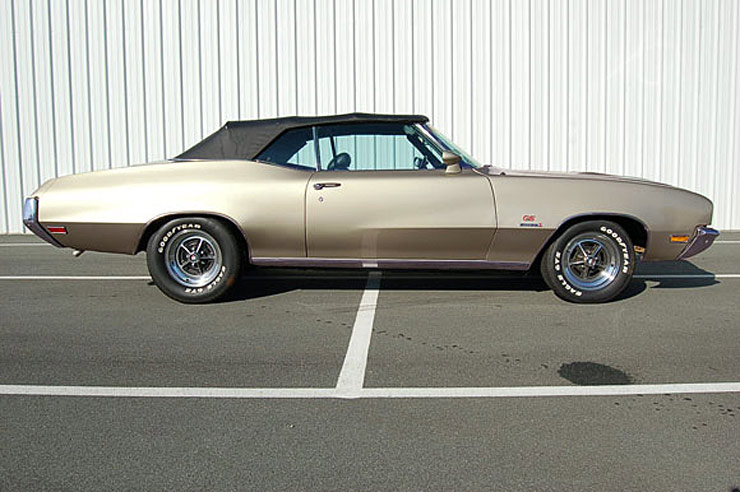 The so-called Stage 1 package came along with the GS 400 in the 1969 model year, a devise which provided cool outside air which was funneled directly into the carburetor. The increase in performance was sizable.

For many, the 1970 Gran Sport, with its 455 Stage 1 and GS 455 engines, which produced 360 and 350 horses, respectively, were as good as it got. But the end of that super performance was near, and this would be the final hurrah for that kind of power in the Buick camp.

But even with a 15 percent reduction in compression ratio, the 1971 445 Gran Sport power plant was still pretty potent with a 315 horse rating. Many consider it the final Buick muscle car of the era since the 455 engine for the 1972 model would drop to a paultry 225 horses. 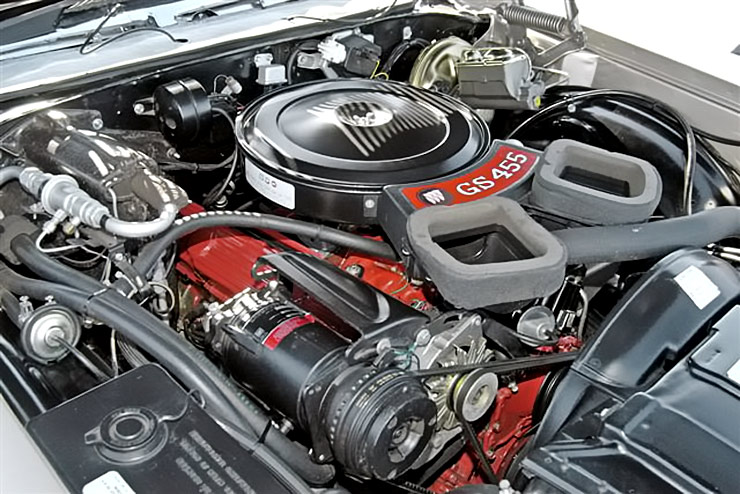 Production of the ’71 Gran Sport was almost identical with the previous year with 8,268 hardtops and 902 convertibles being constructed. But even though the power was downgraded, the racy looks of the exterior were retained. 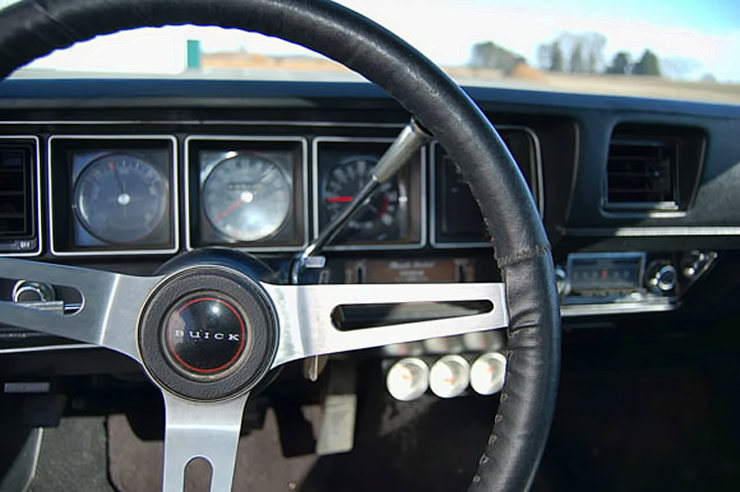 Included were bright rocker panel and wheelhouse moldings, red-filled accents, black-out grille, and functional hood scoops just forward of the windshield. The body was clean from front-to-rear with no side-body chrome.

Buick enthusiast Ron Schlater would certainly be in agreement about the looks of the ’71 Gran Sport, being the owner of one of the finest ’71 GS 455 convertibles in North America. Evidence to that pronouncement is the fact that Ron’s GS 455 is a four-time winner of its class at the Gran Sport Nationals, along with numerous other awards.