This race has been played out countless times in basements and attics around the country. Batmobile vs Batmobile. 1966 vs 1989. TV vs Movies. 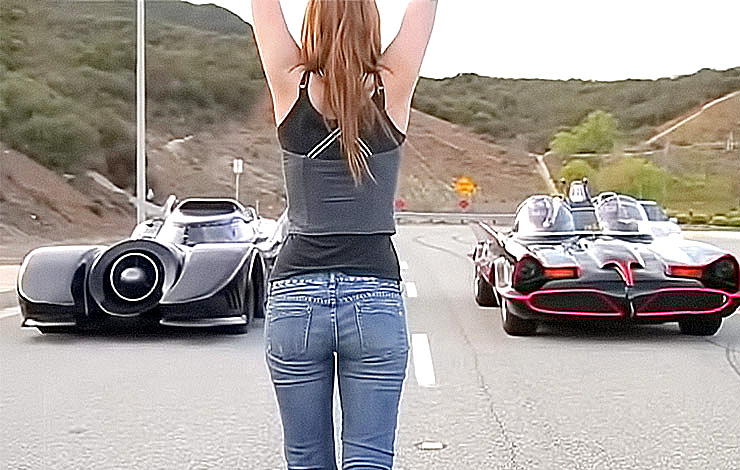 A web series “Super Power Beat Down” has taken the debate out of mom’s house and put it on the street in one of their earlier episodes. The show is hosted by Marisha Ray with two debaters with their sci-fi/fantasy knowledge and comic wit to determine who they think the winner will be. 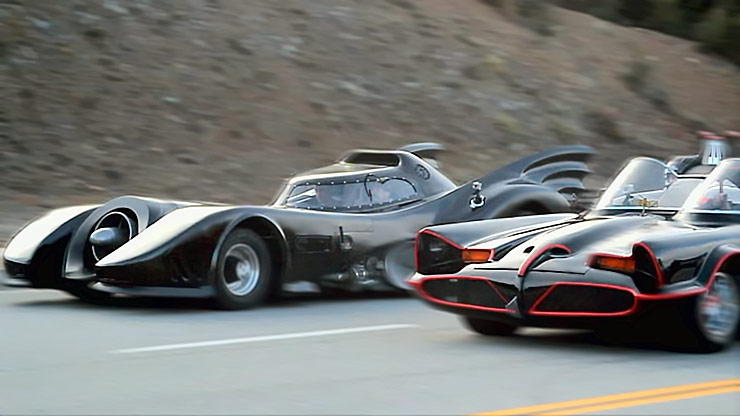 Actually, it’s best to ignore more of the car-related talk on this one and simply watch two nerdy guys talk about two of the coolest movie cars of all time.

Let’s sweeten the pot a little more now… What comic book geek out there wouldn’t want the outcome of their arguments to end with a sexy redhead in a tiny bikini, specifically in this case, washing the winning Batmobile? Spoiler: at the end of this article you will find one more video. Now, watch the video below where hostess Marisha Ray, the sexy dream girl for every nerd alive (male and female) giving the winner a carwash in a sexy little bikini. She knows how to take care of cars. What more could you possibly want!?
Enjoy!!!