This insane bike is definitely beyond every bike enthusiast’s wildest imagination.

It is based on the 2 stroke Kawasaki triples, which Simon is a fanatic about. This creation is cobbled together from a series of engines pulled from Kawasaki S1/KH250’s and boasts a total displacement of 4200 cubic centimeters. All cylinders are tied together with gears and running through a BMW transmission.

Technically, the motorcycle has 49 cylinders. The 48 cylinder lump is slightly harder to start than your conventional motorcycle engine, so instead of an electronic starter motor, Simon decided to use what he calls a “donkey engine”, a little sub-50cc engine, which is started, and in turn that starts the 48 cylinder engine. 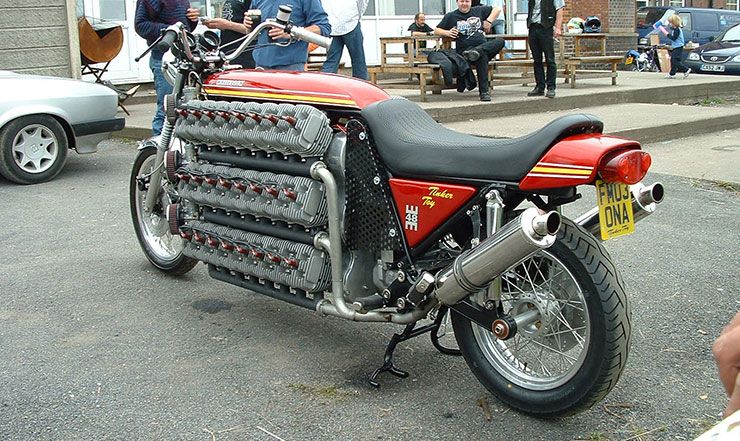 Don’t look at it as a bike, look at it as a pure feat of engineering. Oh, and not only does it run – but it is rideable – JUST! – the engine and box alone weight just over a ton!