No, your eyes do not lie to you – the 1980 Chevrolet Corvette you’re looking at here does indeed have four doors. 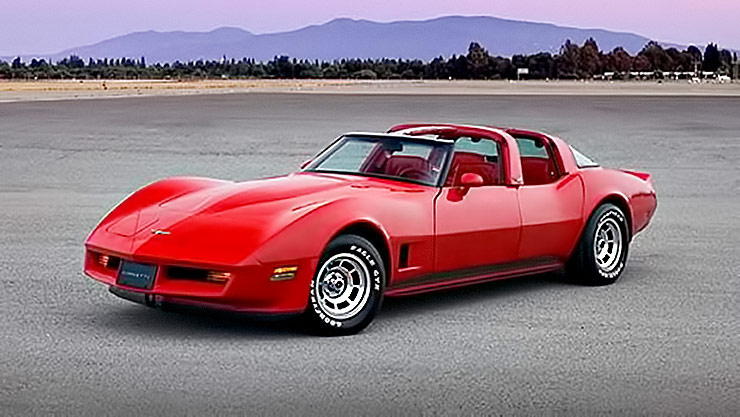 While you might wish it was just photoshopped, it’s actually real. Look again; it really is a 4-door Corvette.

So apparently in 1980, California Custom Coachworks built 6 Corvette sedans for clients. To create a four-door Corvette, they effectively cannibalized two 1980 Corvette coupes by cutting each in half and then fusing them together. Cutting the stock body in half and adding 30 inches, bumped the weight 500lbs, but made room for a back seat and two back doors… No really! Check it out!
– 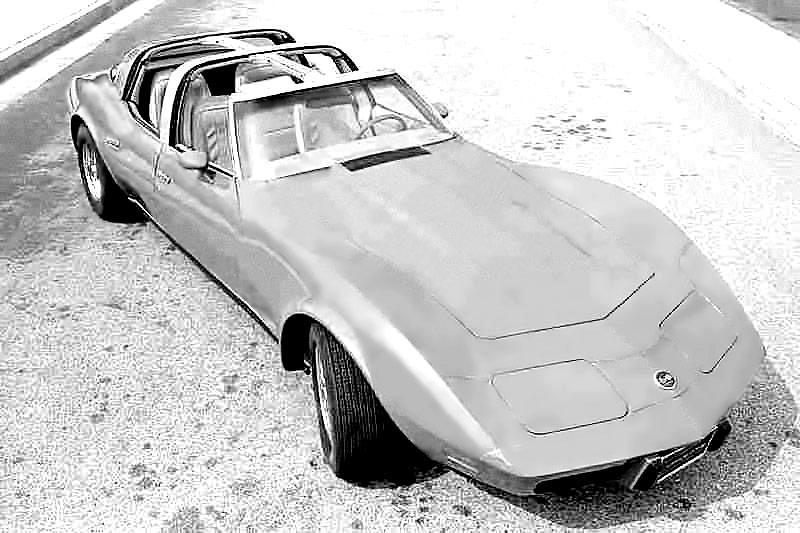 The cars, which included two sets of T-tops (front and rear), did maintain the look and feel of the C3 Coupes, albeit with a dramatically “stretched” appearance.

Chevrolet had actually planned on making this family-minded sports car at a rate of 40 per year, and to call it “Corvette America.” However, due to the economic climate of the time and the fact that a base model Corvette sold for approximately $13,000 in 1980, the four-door variant was considered too-expensive at a price-point of $35,000. That’s the main reason why four-door Chevrolet Corvette never hit production. 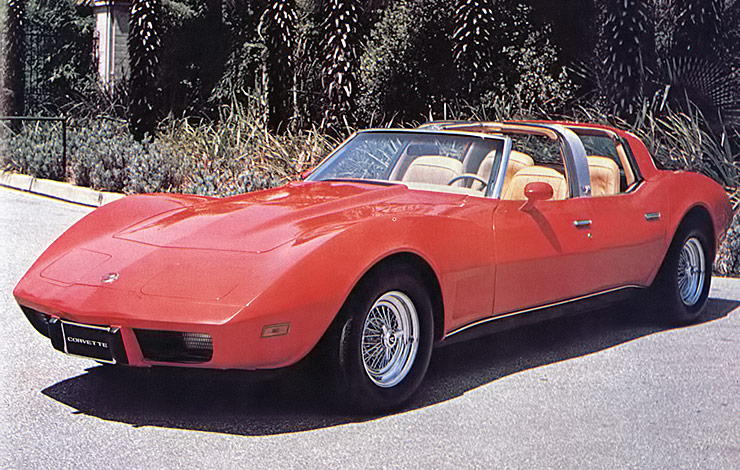 Regardless of its wonky proportions, under the hood sits one of the donor car’s stock standard 5.7 liter V-8 engine. Back then, that massive engine made about 200 horsepower. Each of these cars was also fitted with a four-speed automatic transmission.

These were not golden years for America’s sports car with regard to horsepower. You’re not winning at drag races in this beast. However, for enthusiasts looking for a family-friendly Corvette, blistering speed was probably not the top priority when considering this purchase. 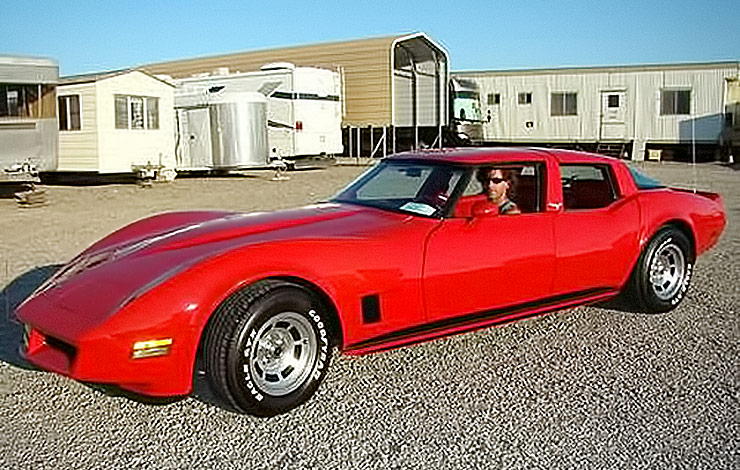 As if this isn’t an LOL moment by itself- it gets better! One of these six big-body muscle cars was recently spotted for sale on eBay! The guy says it’s one of the few left and that it’s totally original, not wrecked, and is under 20k… Survivor?