2020 Mustang Shelby GT500 got more than 700 horsepower, a wing stolen from a GT4 race car and the biggest snake logo yet. Overall, the new Shelby GT500 looks fantastic. 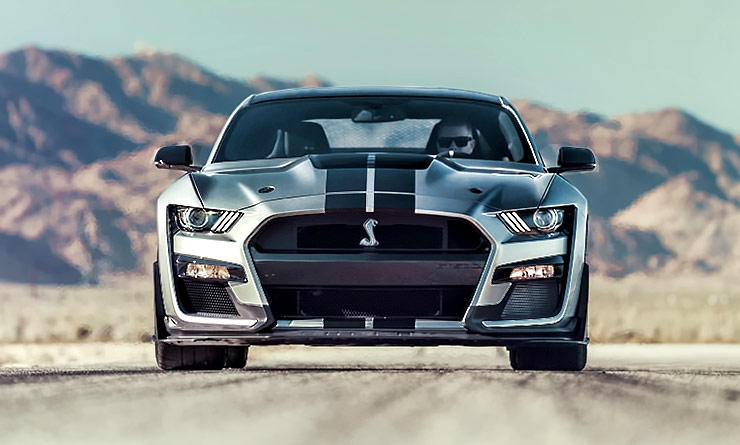 The Pony car promises to produce over 700 horsepower with the help of a supercharged 5.2-liter V8 engine based on the one found in the GT350, but unfortunately it won’t come with a manual transmission. Instead, the GT500 will run a seven-speed dual-clutch transmission from Tremec. Chief functional engineer for Ford Performance, explained that a dual clutch transmission is much better for on-track behavior because of the smoothness and speed with which it can grab the next gear.

Under the hood lay supercharged 5.2-liter V8. Really supercharged. A 2.65-liter blower capable of stuffing up to 12 psi of cooled air into the engine.
–
While exact power specs have not yet been revealed, chief program engineer Carl Widmann assured us that the horsepower would be north of 700.  Some enthusiasts think that the final number will be 772. Based on what? If you look at the press release of the dashboard they did a couple months ago it is in gear 7 going 72 mph. They did the same teaser of the new Mustang GT previously and when it was revealed the teaser was correct.
– 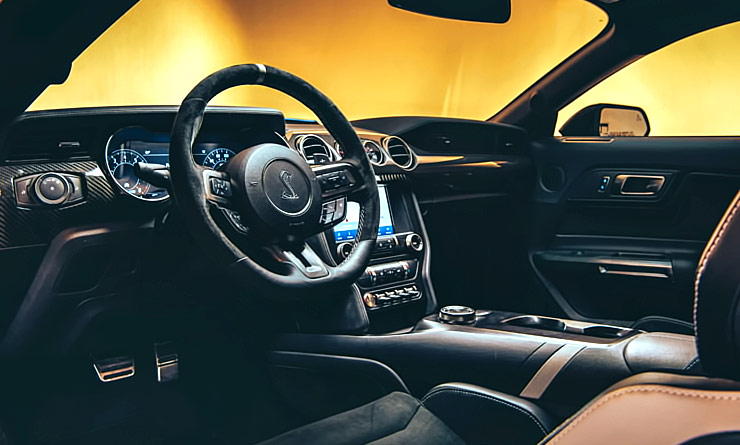 You may ask why? The answer is simple; where the hell are you going to go faster than 180 mph? Even illegally, and even on most race tracks, your options are extremely limited. “Our Ford Performance engineers and professional drivers were given a goal of making the all-new Shelby GT500 as fast as possible at both road courses and the drag strip, all while remaining comfortable and engaging on the open road”,  Ford spokesperson said. 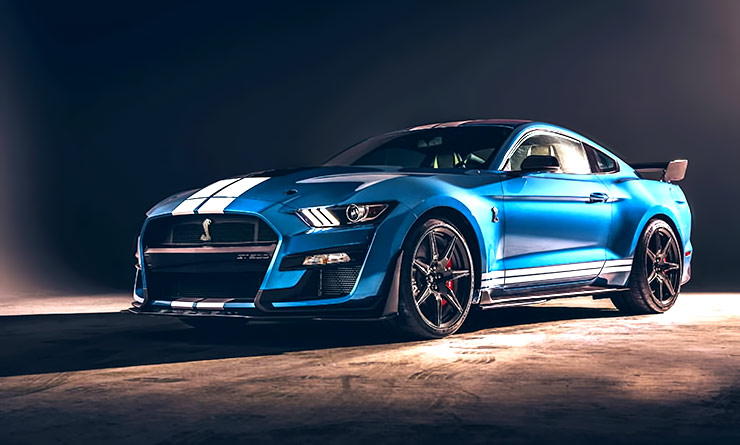 The 2020 Ford Mustang Shelby GT500 maybe is not a game changer in a muscle car war; or probably won’t change that game drastically, but it will certainly make that car war much more interesting.