The 2018 Dodge Challenger SRT Demon is coming in less than 20 days to the New York auto show.

The Demon was first announced in January, and that same day rumors of an 850-horsepowercar swirled on the Chrysler fan forum Moparts. The forum design may be rudimentary and traditional, but it’s still where car rumors live. Dodge is learning to harness that online interest by fueling the hype machine up for a couple of weeks until the Demon’s New York International Auto Show reveal. Last week, the Demon’s drag soundtrack prompted a fan frenzy. The video series is a way for Dodge to show off its more complex performance features, like the torque reserve system, a function that kicks in when the car is in launch mode that maximizes air flow through the engine when the supercharger ticks above 1,000 rpms. 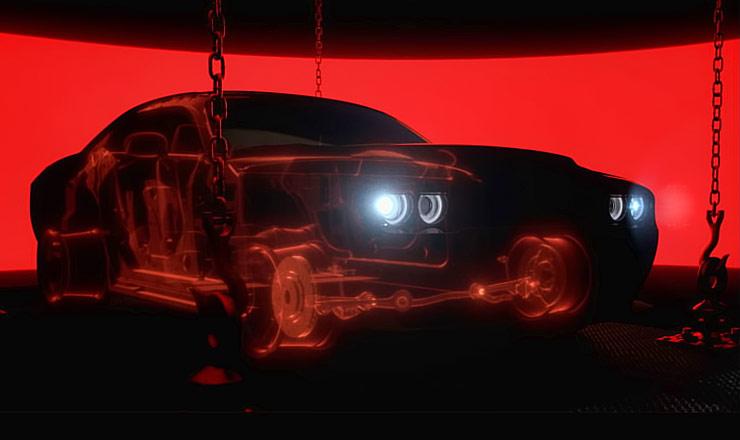 The latest Dodge Challenger SRT Demon teaser has revealed the car will have a special ‘torque reserve’ system that will enable optimal engine torque for hard launches at the drag strip.

The ‘torque reserve’ system, as Dodge calls it, essentially works like an MSD 2 Step ignition. The system comes on automatically when Launch Mode is engaged and limits the engine speed when building revs. This allows for the supercharger to be “pre-loaded” with boost without the engine power overriding the rear brakes and allowing the car to creep forward. 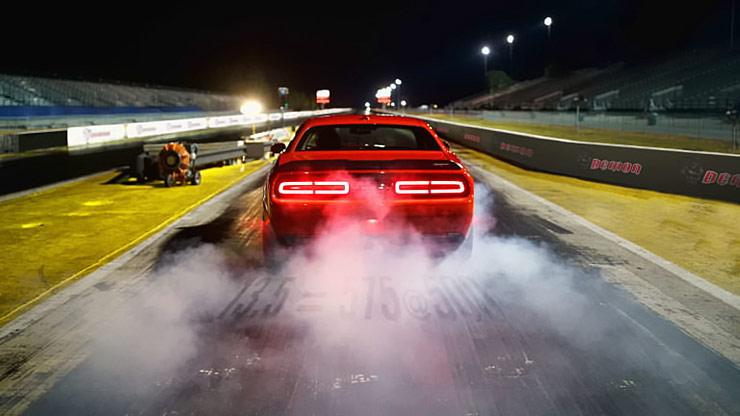 “To balance engine rpm and torque, the Challenger SRT Demon’s powertrain controller will briefly cut fuel flow to selected cylinders.” Dodge says. “This creates the noticeable change in the exhaust tone. The controller also advances or retards the ignition timing to fine-tune the engine rpm/torque balance.”