The Ford Shelby GR-1 concept spawns from a long line of Ford performance project cars and quickly establishes itself as one of the most contemporary and dramatic front-engine, two-seat, fastback supercars. 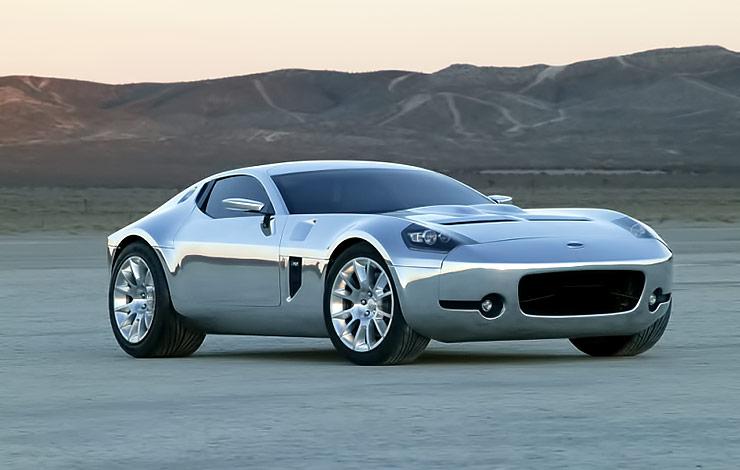 The Shelby GR-1 concept combines modern sculptured surfaces and a sleek muscular fastback design. All of the sophisticated mechanicals of this extraordinary coupe are wrapped in a sleek, muscular aluminum skin left bare and polished bright.

Race Inspired Exterior
The Ford Shelby GR-1 is a sinewy, athletic design with a long hood that blends seamlessly into the teardrop-shaped cabin with a fastback roofline and falling upper fender line.
–
The optimized wheel arches and compact overhangs define the striking stance while the strong shoulder line and smooth, taut surfaces express the car’s graceful yet athletic nature. The polished aluminum body panels further express the highly sculptured surfaces and define the emotional proportions in dramatic fashion.
– 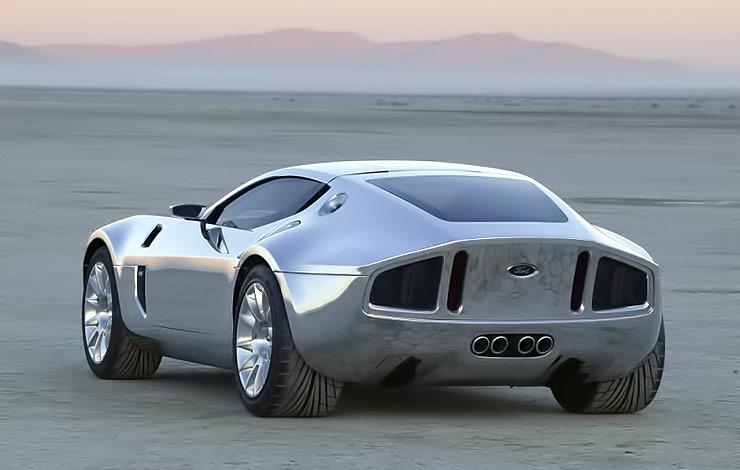 In the rear, a distinctive Kamm tail tapers to improve wind drag and features integrated transmission cooler outlets and a ground-effects venturi. It is further defined by a strong concave section and bold vertical tail lamps. 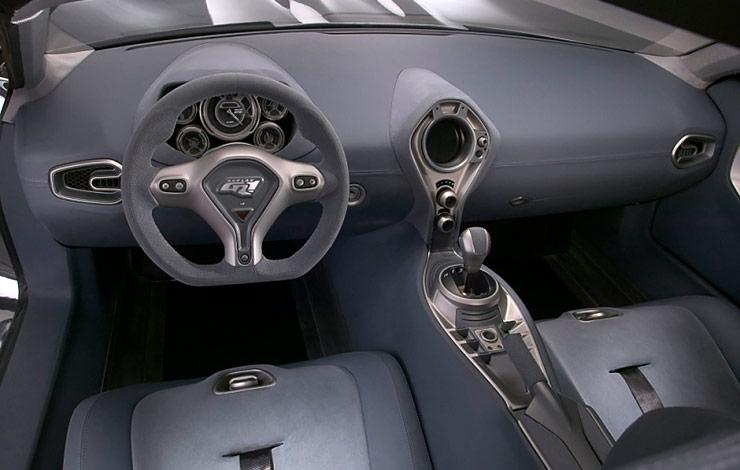 The center console features integrated toggles that control the fuel pump, ignition, windows, hood and rear-glass release. The race-inspired push-button starter and “baseball grip” gear knob are situated ahead of the parking brake, which has been incorporated into the tunnel armrest. The quick-release steering wheel has integrated headlamp, wiper and direction indicator controls.

Supercar Powertrain
Inspired by the biggest, baddest engine of them all – the renowned 427 – Ford engineers created a new aluminum-block V-10. This 390 cubic inch, 6.4-liter engine is adapted from Ford’s MOD engine family. It delivers the rush of raw power – with 605 horsepower and 501 foot-pounds of torque – associated with that big 1960s V-8 power plant without the aid of supercharging or turbocharging. 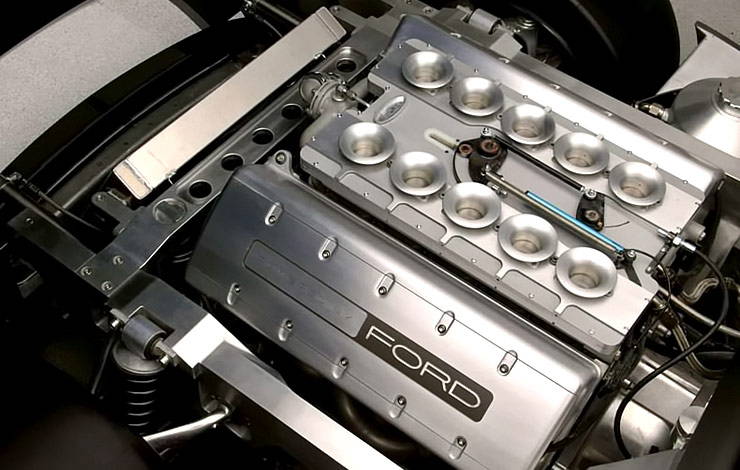 This combination of brute force and thorough engineering has created a rarity in the world of auto shows – a concept car that can actually do, rather than merely promise, 0-60 in under four seconds, and would easily exceed 200 mph if not electronically limited. 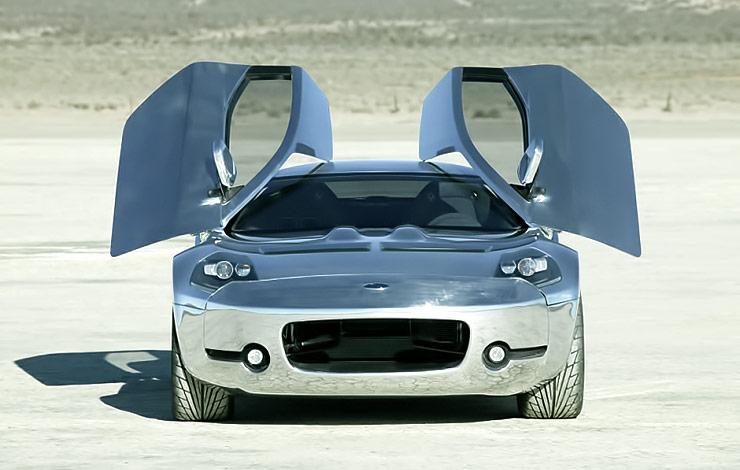