It took Chuck Smith, from Grand Prairie, Texas , seven years to convert a ’71 318 rustbucket Duster into this ready to rock 470-cube street brawler. 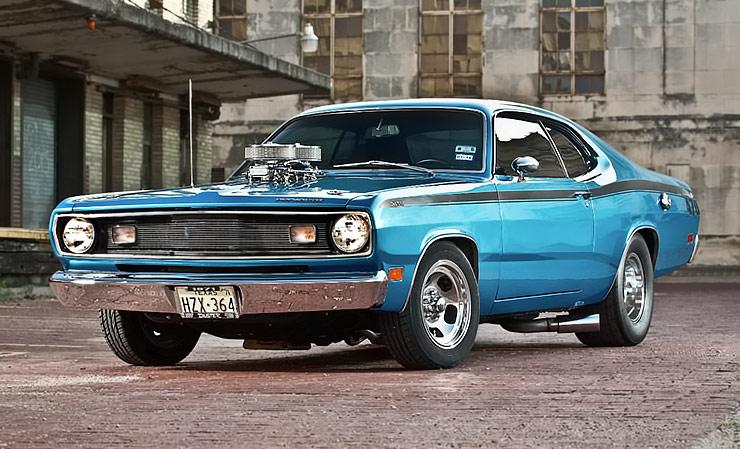 Where many car guys are thwarted by their marital partners, quite the opposite is the case with Chuck. His wife, Kim, who not only puts up with his wrenching proclivities, but also feeds his addiction by buying him everything from fuel pumps to hood hinges as gifts.

Thanks to her help, Chuck’s been able to build an 11-second, big-block-powered 1971 Plymouth Duster on a real workingman’s budget. This could just be the only love triangle in human history that actually works.
– 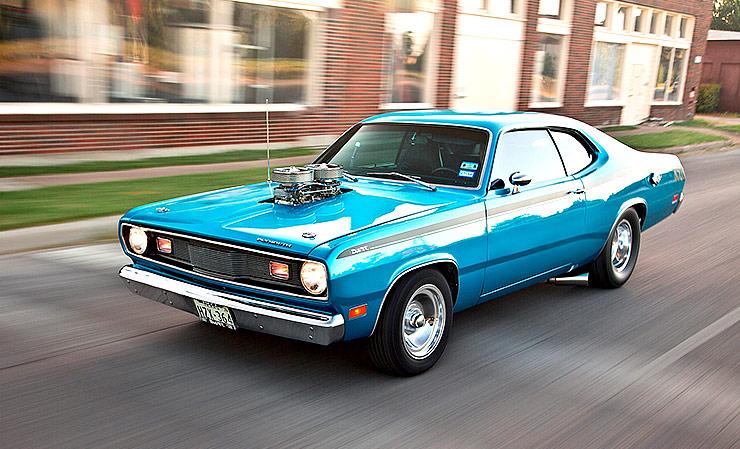 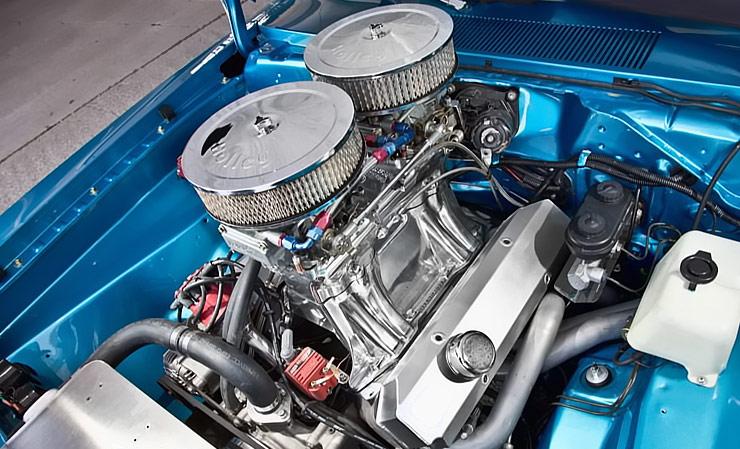 Pro-Parts 2” headers with 3” exhaust and Spintech mufflers handle the trash. The 727 was built by Phoenix Transmissions in Weatherford Texas to their prostreet specs. It has a 10” Turbo Action 3200 rpm stall converter and Cheetah shifter.

Chuck replaced 3 floor pans, trunk pan, both trunk floor extensions, both quarter panels, both door jambs, ash tray, repaired the rust in the doors and front fenders. He added sub-frame connectors, mini-tubbed it and relocated the spring hangers to the frame rails. 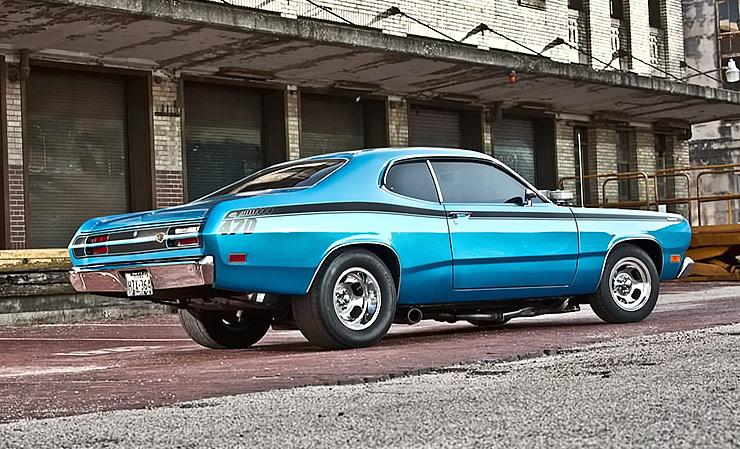 No non-Mopar paint here. The Duster wears its PPG B5 Blue with pride. Miraculously, Chuck’s online searching led him to an NOS black-center grille that had never been bolted to a car before. 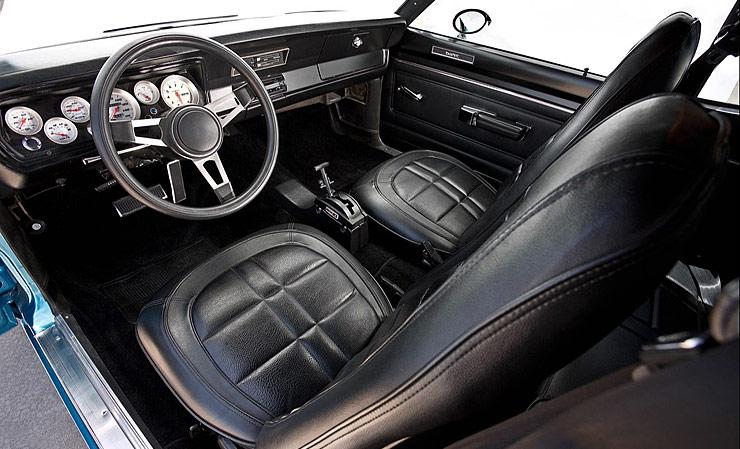 Thanks to Chuck’s mechanical aptitude, he transformed a jalopy of an A-Body into the ultimate street cruiser for about $30,000. While the Duster may pay tribute to that era street machines on the surface, the resemblance is superficial at best.
Thanks to modern technology and Chuck’s eye for aesthetics, it drives nicer, runs harder, and looks way better than anything from that era.
– 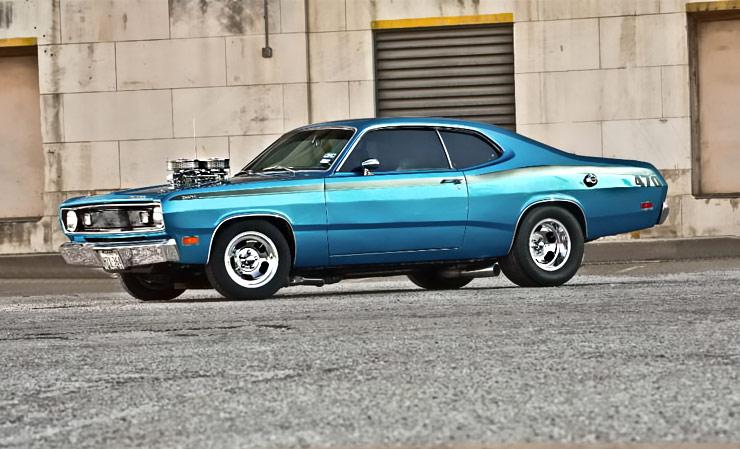