Many project cars reach a point in the build when you have to make a choice: keep building it as a driver or step it up and build it as a high-level show car.

Is the 1961 Chevrolet Impala by Joe Horisk daily driver or show car? A bit of both, actually, as the man did not feel right about making a decision.
– 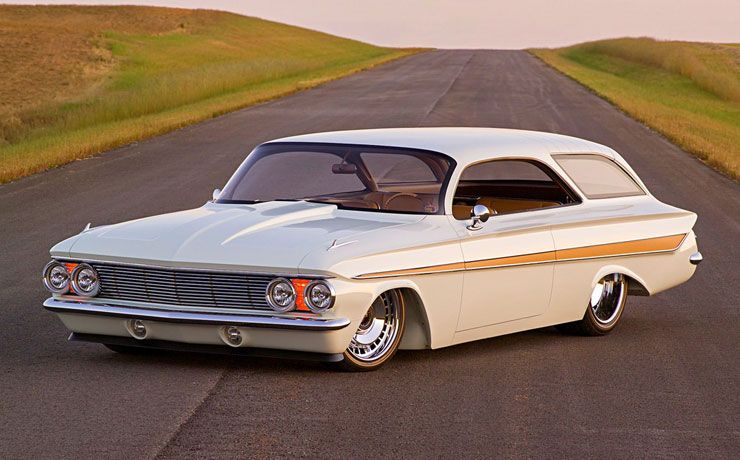 You’ve never seen a 1961 Chevy Impala station wagon like this one. This is actually two bubble top Chevy hardtops put together to create a wild radical custom station wagon. The Detroit Autorama say the 1961 Impala wagon make an appearance, and everyone was stunned; the upgraded white 1961 bubbletop featured a 600-hp Merlin 540ci big-block to make sure the power matches the overall exterior vibe. 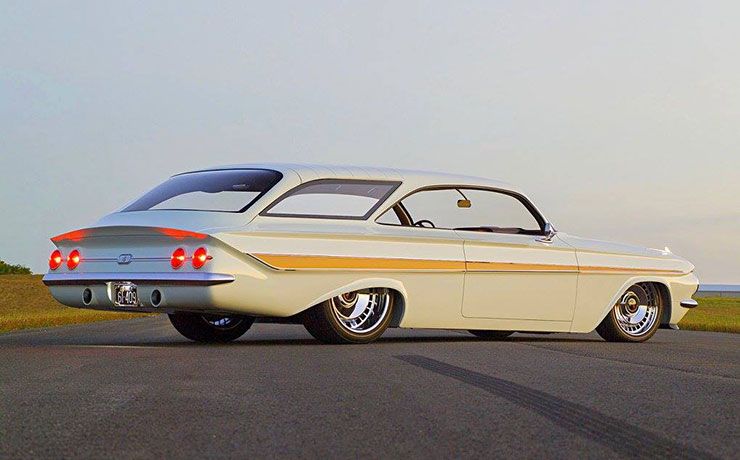 Designer Eric Brockmeye got involved from the beginning, and the first rendering was spot on. This project took over eight years to complete and started with One Off Rod & Custom Inc. continued with Greening Auto Company and benefitted from many hours of work and incredible attention to detail.

The timeless roof is everyone’s focus of attention and it was fabricated by hand, with AM Hot Rod Glass providing the glass. The rear glass was installed into a handmade hatch, all pillars were made by hand, and the window garnish moldings were modified to match the custom pillars. It all sounds difficult, but it turned out to be worth the effort. 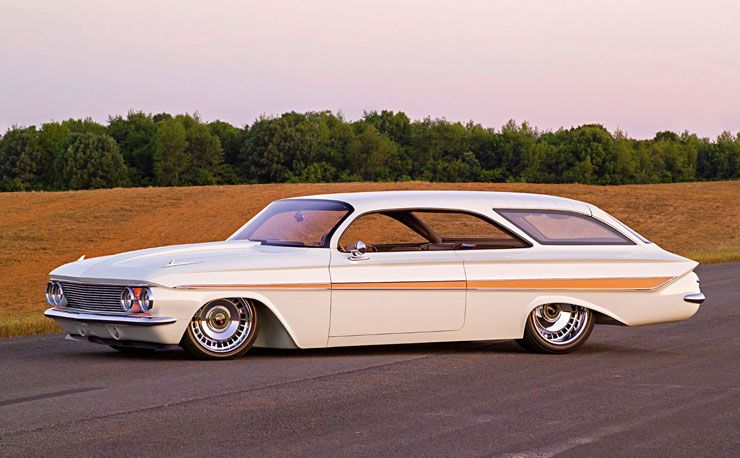 The frontend displays a clean look. thanks to a custom-fabbed Camaro-style bumper and custom driving lights. The rear bumper and taillights were created to complement to looks of the front of the car. On the aesthetic level, Greening Auto Company came in and created several components, such as the machined mirrors, while lights were incorporated into the reworked fender spears. Schott Wheels provided the 18″ and 20″ wheels, custom-built for the 1960s look with contemporary dimensions, wrapped in Diamond Back Classics modified Goodyear Eagles tires. The engine compartment looks equally clean, and hides a 1963 Chevy 409 modified by Carma Performance. The engine is fed by a custom EFI setup and was mated to a five-speed Tremec with a McLeod clutch. Inside, you will find stretched tan leather over the 1961 Cadillac Eldorado seats, trimmed with chromed aluminum. Lighting was incorporated into the custom armrests and the dash was hand-fabricated to be an updated interpretation of a 1961-1962 Chevy. Please note the Classic Instruments gauges, Vintage Air A/C system and more awesomeness. 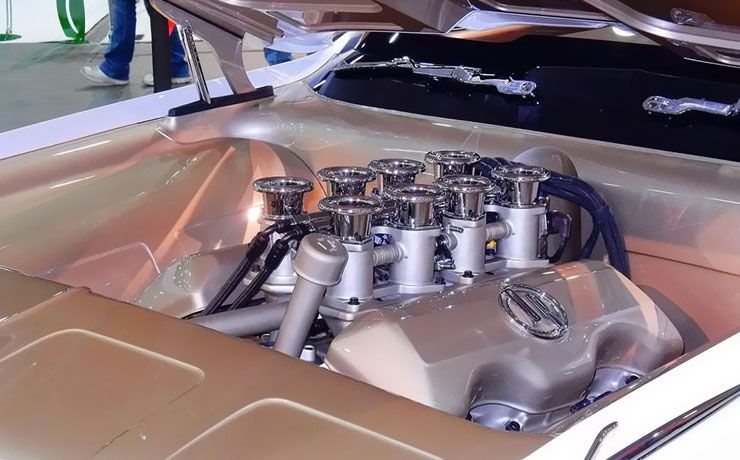 Amazing build, no doubt about it, with unmatched quality throughout.