A whimsical dream or true possible future of the car, well in 1959 Curtiss Wright decided to develop a ground effect vehicle, to you and me a sort of hover craft.

Curtiss Wright had been producing airplanes for many years when they started their ground effects program. They had developed the Air Car as a four-passenger commercial vehicle and hoped that it would be accepted by the public as a sort of air-cushioned equivalent of the family car. Lift was provided by two vertically mounted 180bhp aircraft engines and the air ducts on the sides and rear made it possible to maneuver around.
–

Two engines to either end turning 4 blade fans to create lift and propulsion. Unlike a hover craft with a huge fan to the rear the air from the internal fans was directed through moving vents all around the sides providing steering, thrust and braking!!! 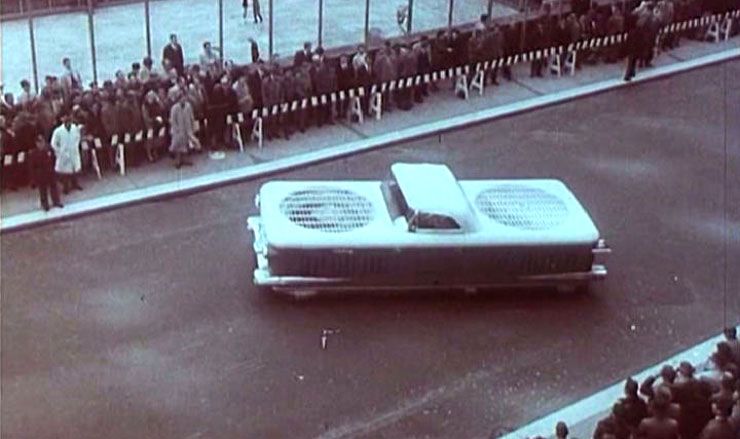 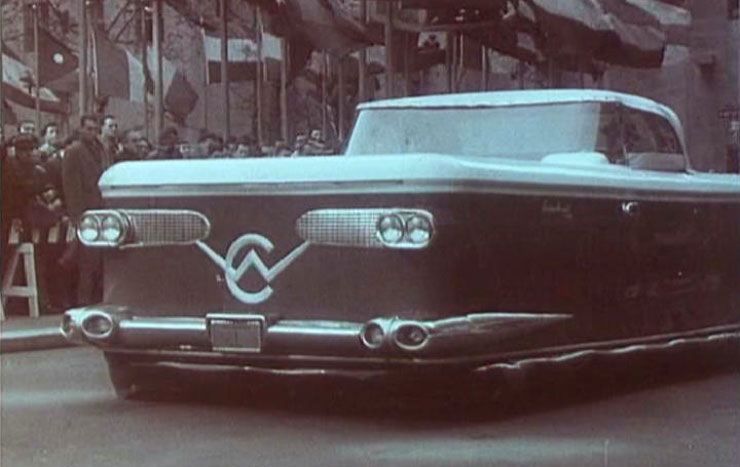 The Army Transportation Research Command purchased two Curtiss-Wright Model 2500 Air Car ground effects machines (gem) in early 1960.  The purchases were for engineering and operational evaluation as part of an ongoing investigation into vehicles for use in the military.

But unlike the pre-development marketing images the sleek lines were replaced with a rounded off box and it was big, very big 8’ wide and 29’ long and still only had room for two.

Both cars have survived : one is in a military museum in Virginia, in at least presentable cosmetic shape: 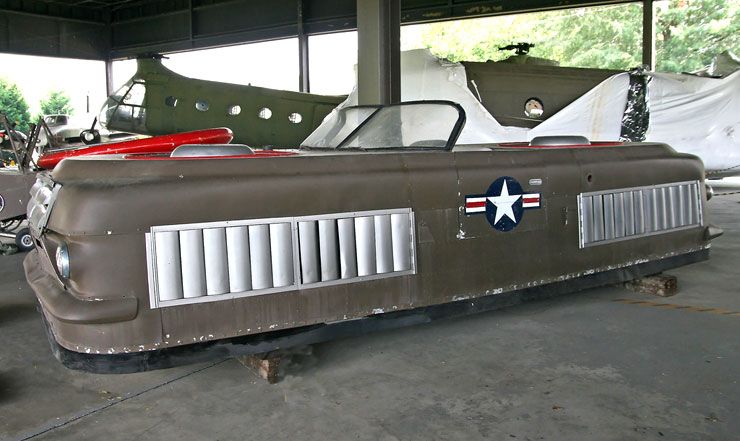 The other car is located in New Jersey & was up for sale on eBay late in ’15, very much unrestored : 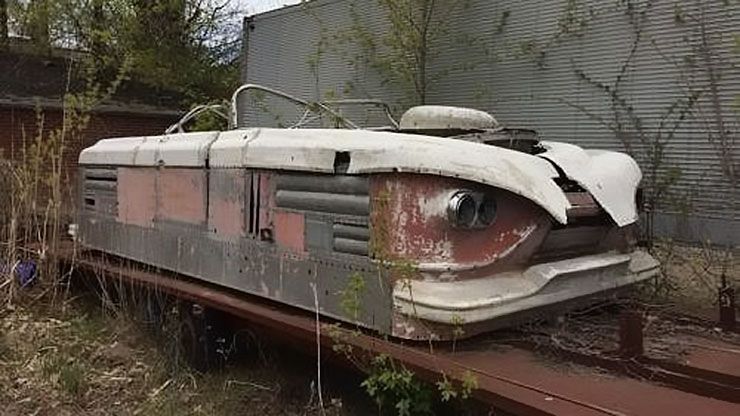 After several months of testing, the Army decided not to fund the project further, and it was abandoned in 1961. It was not really capable of all-terrain operation and never caught on commercially.

After all as a car replacement it was lacking not only in practicality, size, noise and manoeuvrability but also speed, as best it would only do 38mph, but check out the video’s below and judge for yourself.

Final version of the Curtis Wright Aircar in 1960. Testing was being made at the famous Daytona Motor Speedway.