The 1957 DeSoto Adventurer wowed critics with its spectacular styling and power. It has a 345 c.i.d. Hemi with 2 4-barrels, dual exhaust, full race cam, dual-point distributor, and 150 mph speedometer, all STOCK! 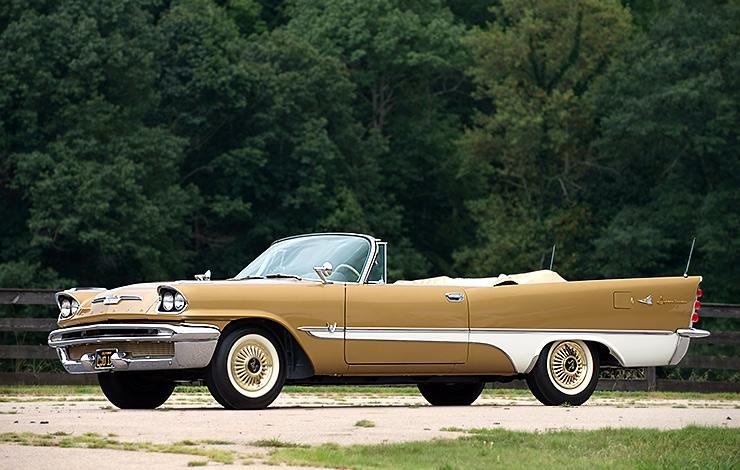 For 1957, the above slogan proclaimed that DeSoto was flying high with what Tom McCahill and others termed Chrysler Corporation’s most beautifully designed models. Long and sleek with tall, sexy fins terminating in space-age triple tail lamps that looked like they came off a UFO, the DeSoto continued to defy the market and sell like crazy, with 117,514 units produced. At the top of the line was the Adventurer, which continued to plow new ground as both a styling trendsetter and a performance innovator.

The Adventurer continued a color theme used across the board for Chryco’s “specialty” models, which included the 300, Fury, and Adventurer. Left in the lurch was the Dodge D500, which could hang with the best of them on any race track but never got its own stall in the barn. The 1957 Adventurer, like its 1956 predecessor, was available in two color combinations; Surf White with Adventurer Gold inserts or Black with Adventurer Gold inserts.  It appears that you could reverse this, however, as there is a factory photo in the gallery of a convertible that appears to be gold with white inserts, and there is also a coupe in the gallery with the same combination. 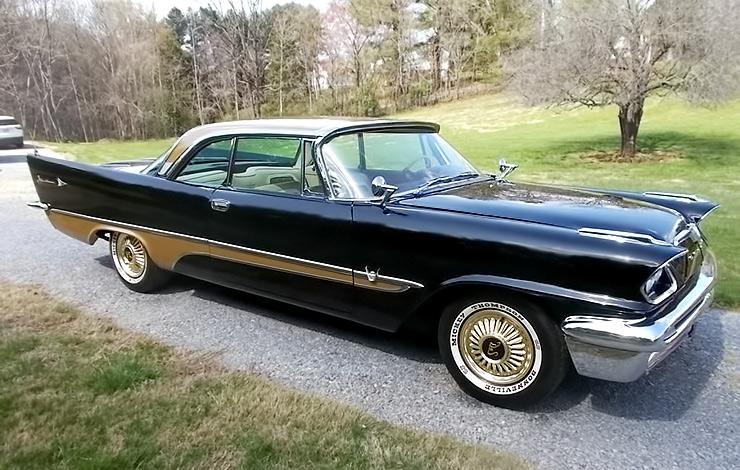 Continued where the beautiful gold anodized aluminum wheel covers, which looked like turbine wheels. Inside, you got a beige and white trimmed darker brown cloth interior which bore a strange resemblance to the Plymouth Fury’s design. Door panel design appears to have been shared with the 300, having very similar brushed aluminum inserts. The dash was two-tone brown and tan and so was the steering wheel. 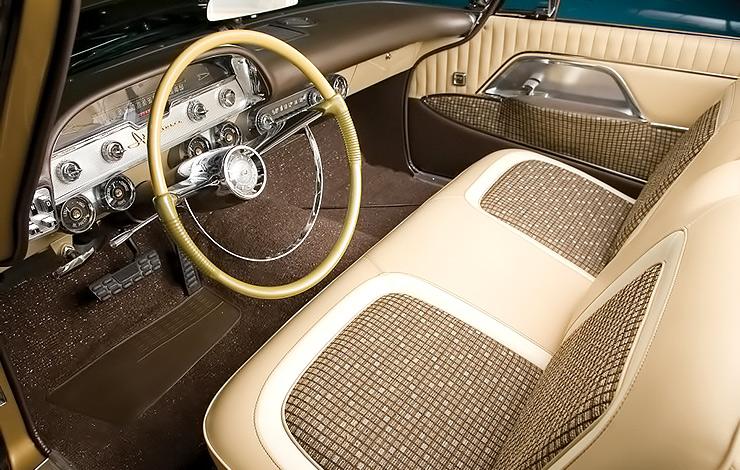 For 1957, like the 300C, the Adventurer was available in convertible form. Customers took home 1650 coupes at $3997 each and 300 convertibles at $4272 each, most of which promptly either fell apart in the driveway or rusted to death in six months. That’s probably why only about 60 1957 Adventurers remain, which makes them worth quite a bit of do-re-mi. The quality control issues were a big problem for Chrysler across the board, and would contribute mightily to the demise of the DeSoto. It was not uncommon for DeSotos to spend the majority of their early days at the dealership having water leaks and other unforgivable defects repaired. Word traveled fast, and DeSotos’s sales plummeted 70% the following year along with the rest of the corporation’s offerings. 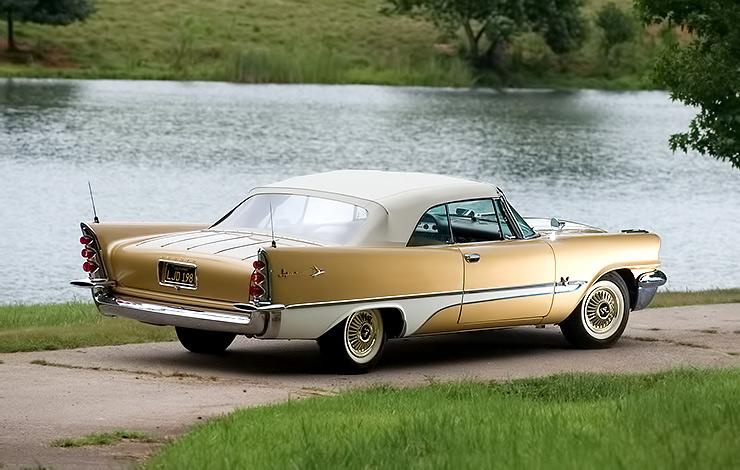 The big news was under the hood, though, with the 345 CID Hemi producing 345 horsepower at 5200 rpm, the first production car to offer one horsepower per cubic inch in a standard powerplant. This V-8 was definitely a high output engine, but unfortunately, the car weighed in at 4040 lbs. for the coupe and 4235 for the convertible, so performance was a bit pokier than one would expect. Then again, not too many Adventurer owners were concerned with quarter-mile times. Fast or not, all it had to do was sit there and look like it did and the deal was done. This would be the last year for the expensive to produce Hemi, however, with the 361 wedge taking over under the hood in 1958. 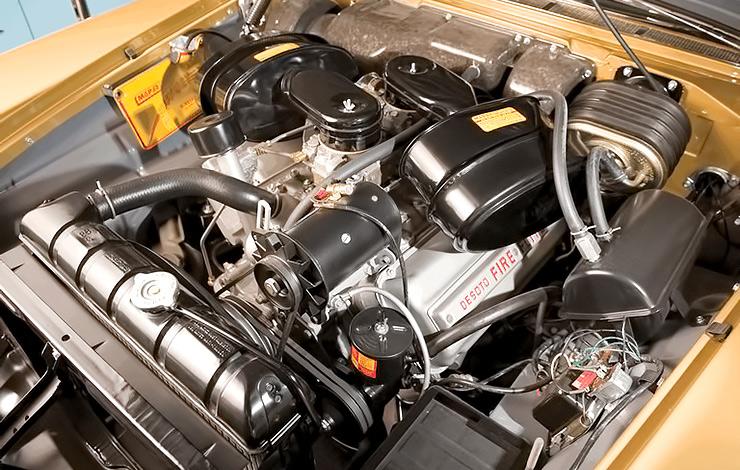 If you can find any 1957 DeSoto Adventurer, grab it up. Most of the ones left were western cars, and are well worth the old “rotisserie” type of restoration. You can’t lose money with these, I guarantee. The looks alone will sell the car for you. When somebody hears that Hemi rumbling and sees those space ship tail lamps and exhaust vapor trails, you’ve got a winner.
Some things just never go out of style.