When was the last time you saw a 1955 Willys Bermuda? Never? Ок, then let’s tell the story about this car. 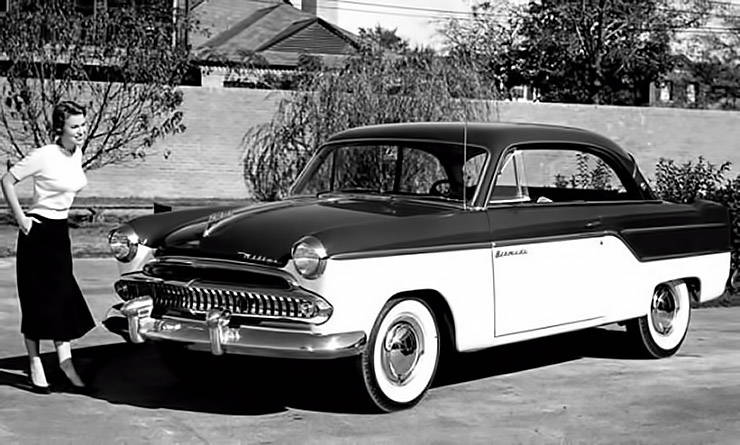 It took Willys-Overland ten years to re-enter the regular passenger-car sales arena after civilian car production ceased in 1942 and Willys, especially, had concentrated all their efforts on war production—the best-known product being the amazing Jeep. It was also the Jeep that led Willys into civilian production after the war. In addition, two- and four-wheel-drive station wagons, panel delivery trucks and pickups joined the Jeep line while a cleverly designed sport phaeton called the Jeepster was built from 1948 through 1951.

A decision was made at Willys-Overland to try and capture some of the booming passenger-car market of the early ’50s, and in January 1952 the new Willys Aero hit the dealerships. The Aero was a cleanly styled, slab-sided car in the modern idiom, offered in four trim levels: Lark, Wing, Ace and Eagle. It was initially available only as a two-door sedan, but the Aero series was expanded to four-doors and a two-door hardtop in the Eagle line for 1953.
– 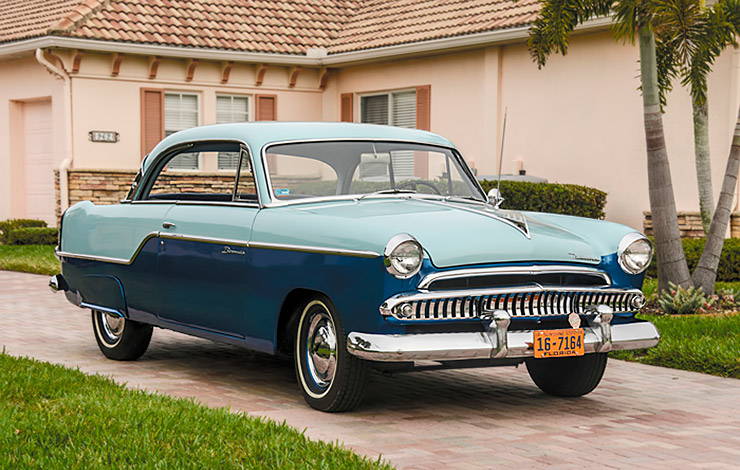 During the introductory year, two engines were available—the old flathead six powered the base Aero Lark while the other three lines used an F-head six as their standard engine.

In April 1953, Willys-Overland was acquired by Kaiser for about $60 million. The company name was changed to Willys Motors, Inc. and Kaiser moved their passenger-car production to the Willys plant in Toledo, Ohio, while selling off their Willow Run, Michigan, Kaiser-Frazer auto plant to GM. 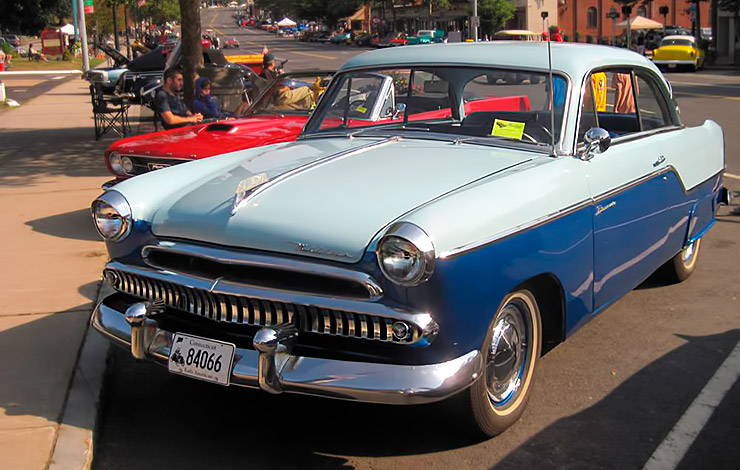 Willys cars for 1954 remained virtually unchanged on the outside but did have a revised front suspension for better handling, while the Ace and Eagle could now be ordered with the more powerful 226 Kaiser flathead six, dropping their 0-60 time down to the 14-second range. Sales were disappointing, however, with just 9,344 passenger cars delivered in calendar year 1954. 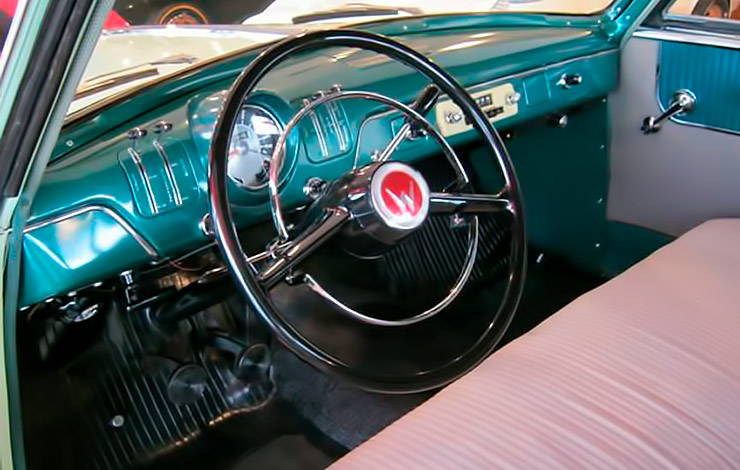 Based on these dismal figures, Kaiser decided to bring an end to Willys’ passenger-car production and to concentrate on the Jeep, but not before restyled 1955 offerings appeared with snazzy two-tone treatments, padded dashboards, lively interiors, full-width grille with vertical chrome bars and chrome headlamp visors.


Considering that these changes must have been done on a tiny budget, the ’55 Willys are attractively updated cars. But in a year that saw the low-priced three come out with sensational new styling with optional V-8 power for Chevy and Plymouth, Willys didn’t stand a chance and called it quits after selling only 6,500 cars. 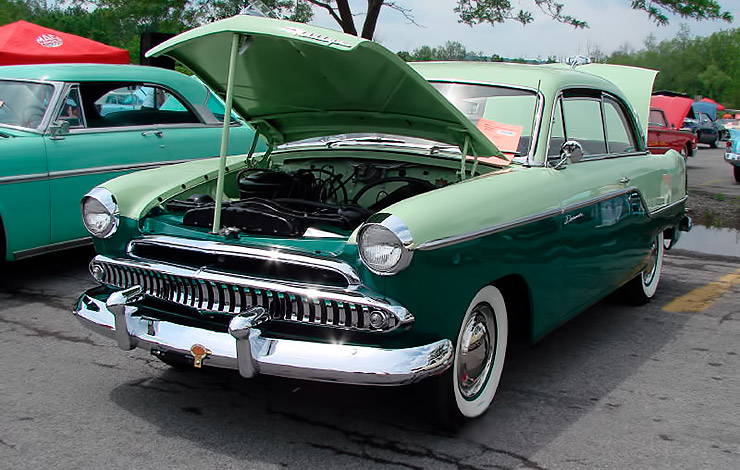 Of this number only 2,215 were the Bermuda hardtops, the most costly of the ’55 Willys. Though they may strike some as a bit overdone in the chrome plating area they do have pleasing lines, nifty interiors and respectable performance with the Kaiser-derived 115-bhp six. Almost needless to say, they are also quite rare, subject to rust like most ’50s cars and very difficult to restore in the sheet metal and interior areas, while the mechanicals are relatively easy to come by.

If you find a clean example, you will be able to buy it for contemporary used-car money, but unless you go to a Kaiser-Willys convention your chances of seeing one coming the other way are practically nil. And that gives you a very exclusive and extremely rare collector car at a very modest cost. 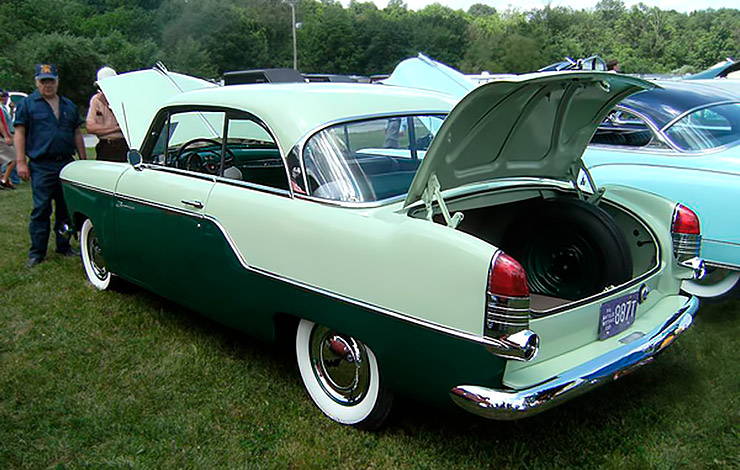 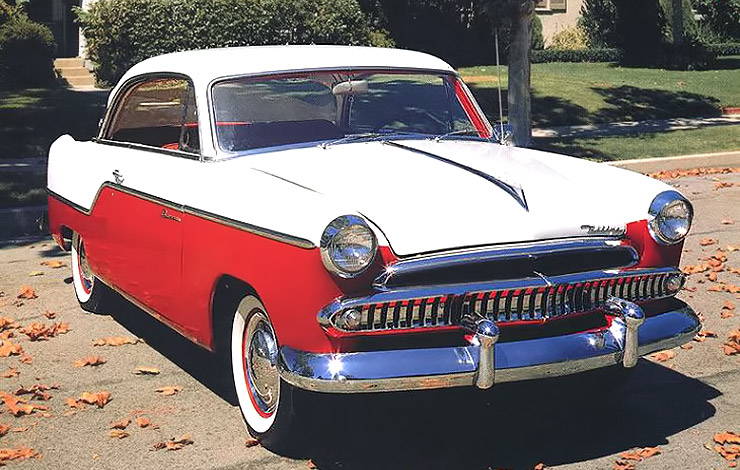