Named the “Death Star,” this incredible Vette is powered by a powerful supercharged V9 LS9 engine and has to be one of the coolest custom Corvettes ever.

What do you do if you have a 1954 Corvette that has been sitting in a barn and was destined to be used as a parts car? Dump thousands of dollars into making it a factory fresh terrible car, I think not. In the case of this 1954, the owner had quite a different idea, create a Monster Vette. 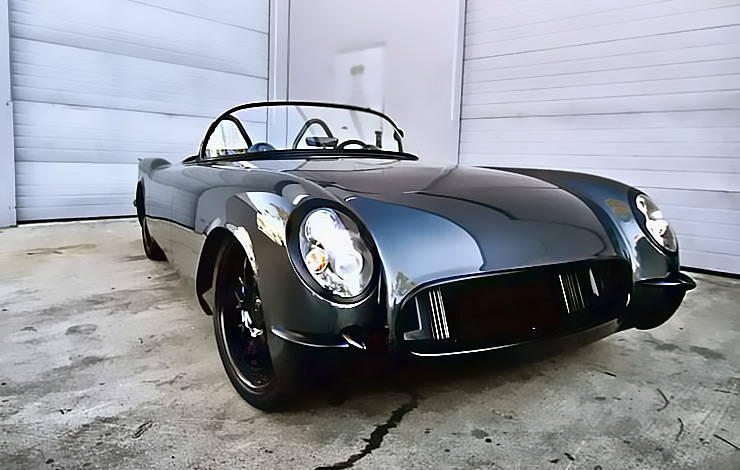 The project was handed over to the master builder Jason Pecikonis and his crew at Timeless Kustoms in Camarillo, CA. Starting with the bare fiberglass shell they got to work. This project would fix everything that was wrong with the original 1954 Corvette. 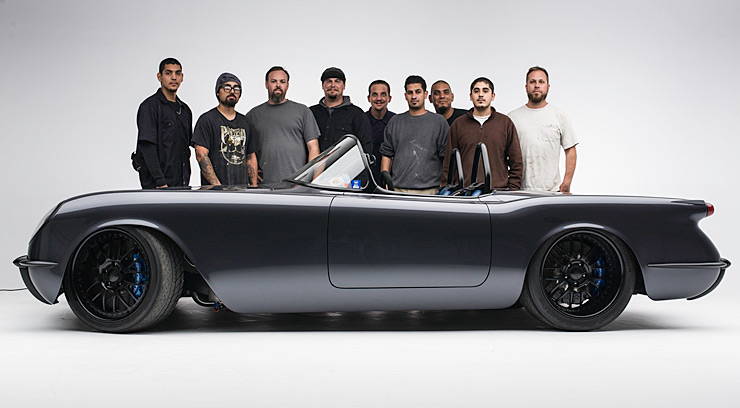 Jason began with the beating heart of the Vette. In a go big or go home style, he decided to drop in the ZR1’s supercharged LS9, which puts out a whopping 638hp in stock trim, or 590hp at the wheels. The LS9 was mated to the stock 6-speed corvette transmission with a limited slip diff at the rear.

In the handling department Jason started by contacting Art Morrison, a guru in making hot rods and muscle cars handle like modern sports cars. A Morrison GT Sport chassis was used. Which is engineered to make the vintage Vette capable of pulling over 1G in acceleration, cornering, and braking. 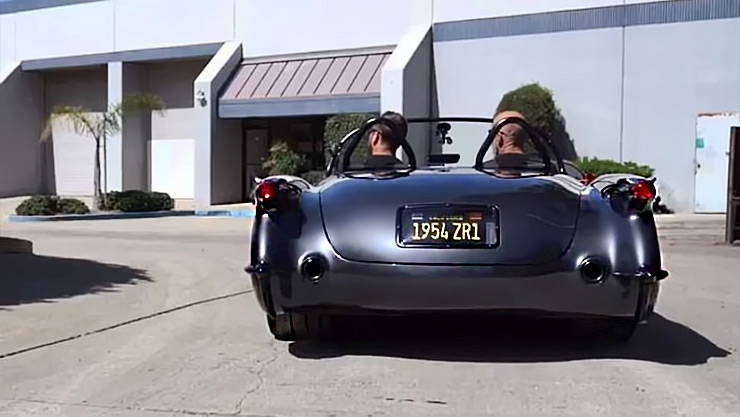 Speaking of braking, with a ZR1 motor why not fit the massive carbon ceramic ZR1 brakes featuring six-piston monoblock calipers. Of course the build does not stop there, custom 19×10 and 19×13 alloy three-piece forged wheels were used with Hoosier slicks.

In the styling sector Timeless Kustoms is known for their clean and finished look. So Jason shaved off all the trim and smoothed out the beat old fiberglass body. The results are stunning and sinister looking, like a car you could see Darth Vader driving to prom. 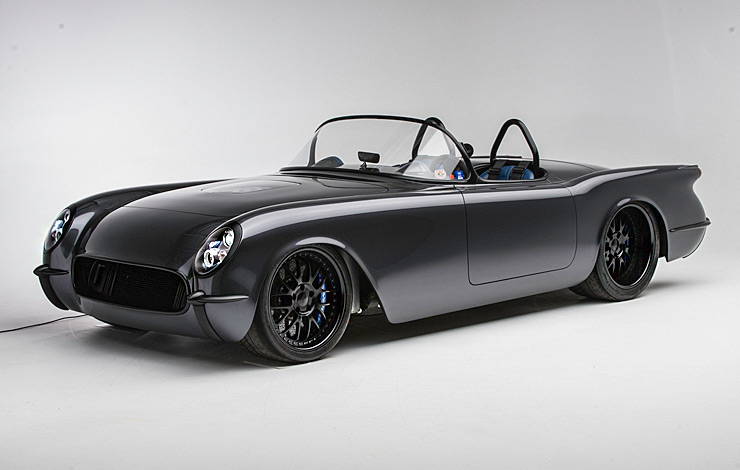 Perfect for death star sized clouds of smoking billowing from the tires in the high school parking lot while blaring his theme song. In a similar fashion to Mr. Vader, Jason decided the stock 638hp was not enough and he need planet sized power. With the aid of performance parts from Lingenfelter, the 2700lb 1954 Vette can put down a hairy-chested 800hp, or 720hp at the wheels. 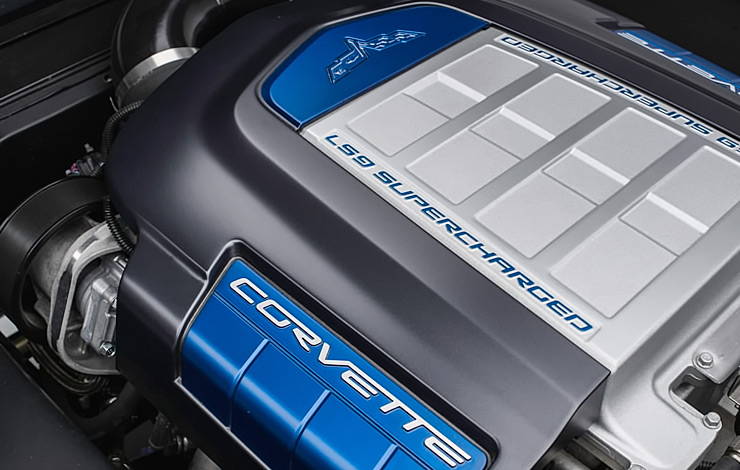 With the aforementioned exotic components used as a base, the guys from Timeless Kustoms built a true one-of-a-kind Super Car. The Death Star Corvette has the speed, composure, and menacing looks to do Darth Vader proud. 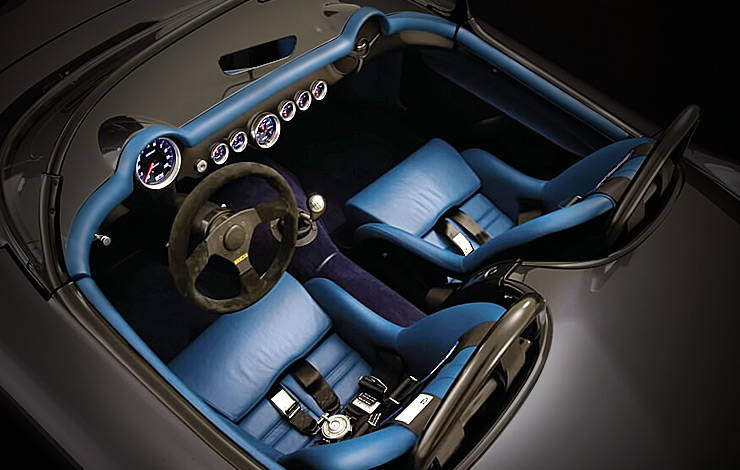 In the video below you can see what this awe-inspiring monster is capable of. 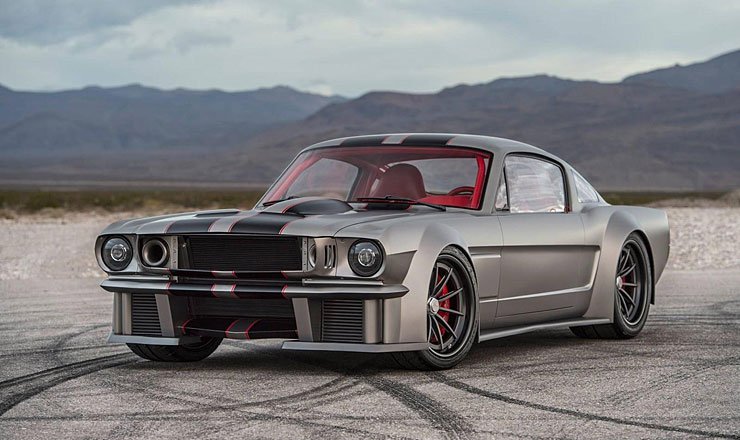