1953 was the first year of the “foreign look” for Studebaker. The “Champion” had a 6-cylinder engine and the “Commander” had a V-8, but they both looked alike. 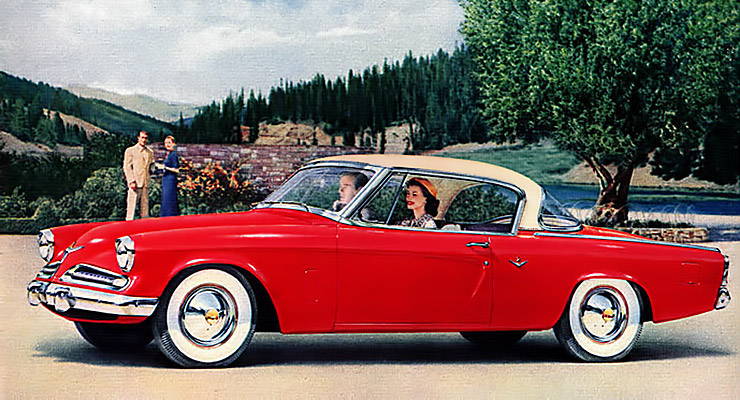 In the early 1950s, while Ford and Chevrolet were duking it out for top billing in the automotive world, Studebaker—the 100-year-old car company that could—was ready to release an automobile that would forever steal the show and earn a lasting reputation as the most stylish car of the decade, if not all time. Officially, James J. Nance and the rest of the Studebaker team called its 1953 models the Starlight and Starliner, but you may know them as Studillacs, Loewy Coupes, or the “American car[s] with real foreign car flair”—the commercial tag line that stuck with the car long after its commercials went off the air.

The Studebaker Prepares to Steal the Show
–
The 1950s was a defining decade for automakers across the country. On the heels of the World War II production halt, the top spot in the American marketplace was up for grabs and Ford refused to miss an opportunity to notch its way up to #1. So it upped production, which incited a price war and spelled certain death for independent auto manufacturers like the Studebaker Corporation. But while Studebaker did ultimately shared the same fate as Nash, Hudson, and Willys, Henry and Clem’s little South Bend business wasn’t going down without making a big splash first.
– 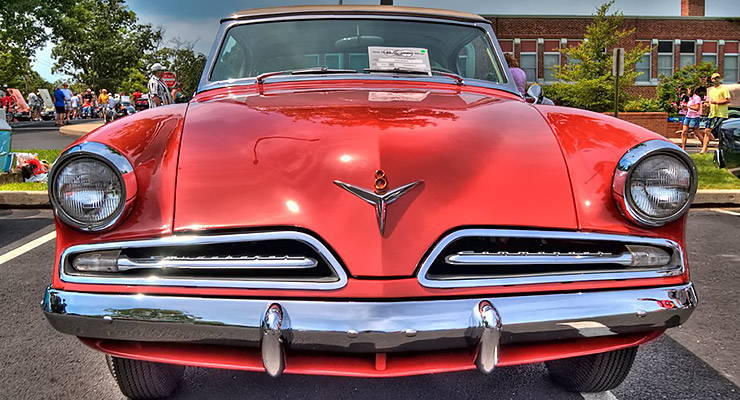 The Loewy Coupe was named for the design firm that thought up the car’s legendary body style. Studebaker hired Raymond Loewy, the famous designer of Loewy and Associates, as a consultant in 1936 and were so impressed that, just three years later, Loewy was front and center, working alongside Virgil M. Exner, Studebaker’s head designer. Studebaker was prepared with cutting edge designs, living up to its ad slogan, “first by far with a post-car car” and paving the way for the car that people still affectionately call the Loewy coupe.

Set to debut in 1952, the 1953 Studebaker was both fashionably late and way ahead of its time. Studebaker had planned to release the car in time for its centennial anniversary but pushed it back a year in order to meet wartime demands. When the brand new design finally did hit the scene, it was a force to be reckoned with, price war or not.

Robert E. Bourke of Loewy and Associates originally designed the 1953 Studebaker as a show car. The body sat on an extra long chassis—120.5 inches instead of the standard 116.5 and you could tell what was under the hood by checking the badging. An S symbol denoted a six-cylinder engine, maxing out at 85 horsepower.  But if you really wanted to fly, you would look for the V-8 symbol, indicating that the Studebaker you were admiring was equipped with a 232.6 cubic inch overhead valve V-8 that cranked out 120 horsepower. 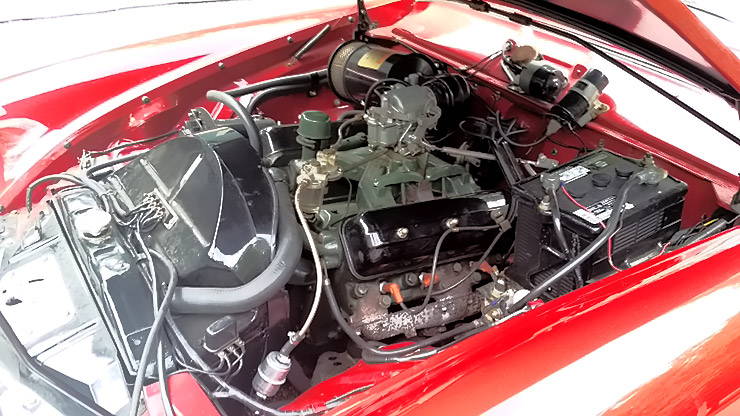 But it was its ability to turn heads, not race the streets that sold the 1953 Studebaker. Marketed as “the new American car with the European look,” the Loewy coupes were long, low, and light, and soon the automotive press and the buying public alike were echoing the company’s ad campaigns. The 1953 Studebaker stood out in the showroom and on the street as the most gorgeous American car to date, outshining foreign favorites like the Talbot, the Buggati, and even the Ferrari. Standing at 56 inches, the Studebaker was dwarfed by every other American car in production, making it sleeker and more dramatic than its square, flat-faced competitors. The sloped hood merged beautifully with the car’s smooth lines and its bezeled headlights and toothless chrome grille were perfect complements to the Loewy’s elegant frame. Car buyers were so impressed with the pillarless Starliner’s sleek look that many overlooked reports of the squeaking and rattling that resulted from such a flexible frame. To combat this problem, Studebaker offered the B-pillar Starlights, which promised more rigidity and less rattling. But the Starliner stayed the star and, despite rattling frames and production delays, it continued to receive most of the attention.


The car’s light weight and low center of gravity reeled in customizers like Bill Frick, who sold nearly 300 converted “Studillacs” in 1953 alone. To make the Studillac, Frick replaced the stock engine with a 331 cubic inch Cadillac V-8, turning it into one of the fastest cars on the road. With its 330 foot pounds of torque and 210 horsepower, the Studillac could go from 0 to 60 in less than 9 seconds—a whole 6 seconds shorter than the conversion’s speediest foes. After working out the kinks, Studebaker came out with a new-and-improved Starliner in 1954 that sported a stiffer frame and egg crate treatment, meaning no more squeaks and rattles. But the alterations proved to be too late. The Studebaker’s 1954 sales were less than half of what they were in 1953 and, in the face of the Ford blitz, the flailing indie company was no longer able to keep its head above water. The Packard Motor Car Company bought the Studebaker Corporation in 1954, signaling the end of head turners like the Loewy coupe. In 1963, the Studebaker’s original South Bend plant was closed, followed by its cousin in Hamilton, Ontario just a few years later. In 1967, the company had burned out, though Wagner Electric kept the Studebaker name alive until 1979. 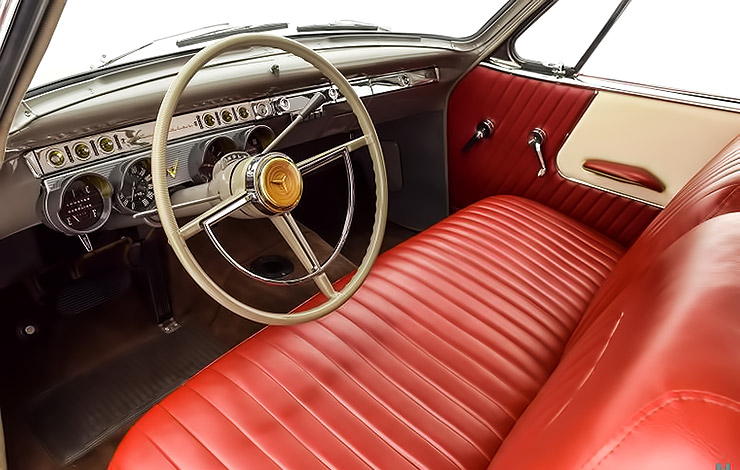 Gone, But Not Forgotten

Given the incredible styling of the 1953 Loewy coupes and its nearly identical brothers, the demise of the Studebaker is considered by many to be a tragic one. However, though the company may be gone, its cars have certainly not been forgotten. Despite all their best efforts, it isn’t Ford or Chevrolet who can claim the title to the best looking car of the 1950s. That award goes to the humble 1953 Studebaker, whose legend will long outlive its name.