WelderUp probably is not your average car customizing shop, but their creations always grab our attention. 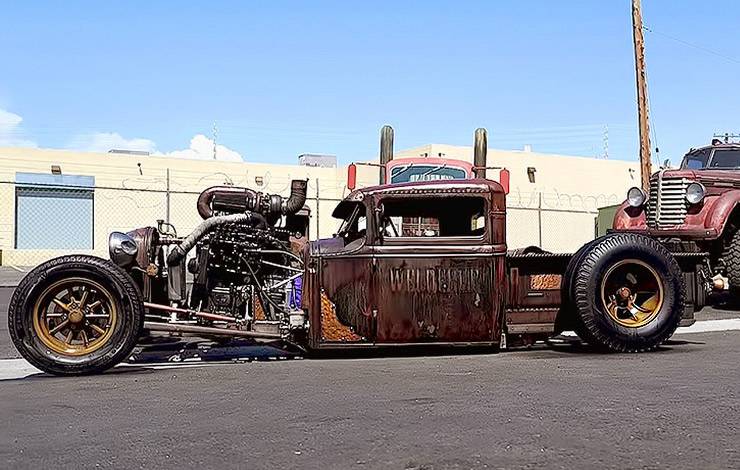 There they build some of the wildest rat rods known in the car scene. Owner Steve Darnell along, with his crew Travis “Von” Deeter, Justin Kramer, and Danny Coggins are four out of six masterminds behind the creative mind-blowing creations made on the TV show.

Car owner Bobby Hughes decided to have WelderUp build his creative custom copper-accented rat rod pickup you see here. The team at WelderUp stepped up big time and set the bar higher in the rat rod scene. It is equipped with more copper accents than a metal shop supplier would have on hand.
– 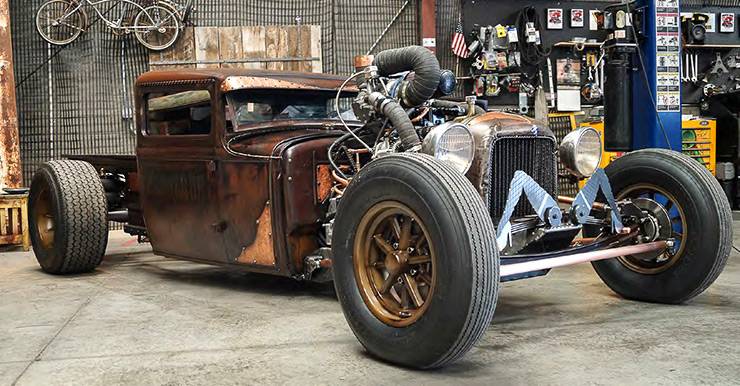 Power comes in the form of a 2013 Cummins twin turbo 6-cylinder diesel engine that is rated at 400 horsepower.
– 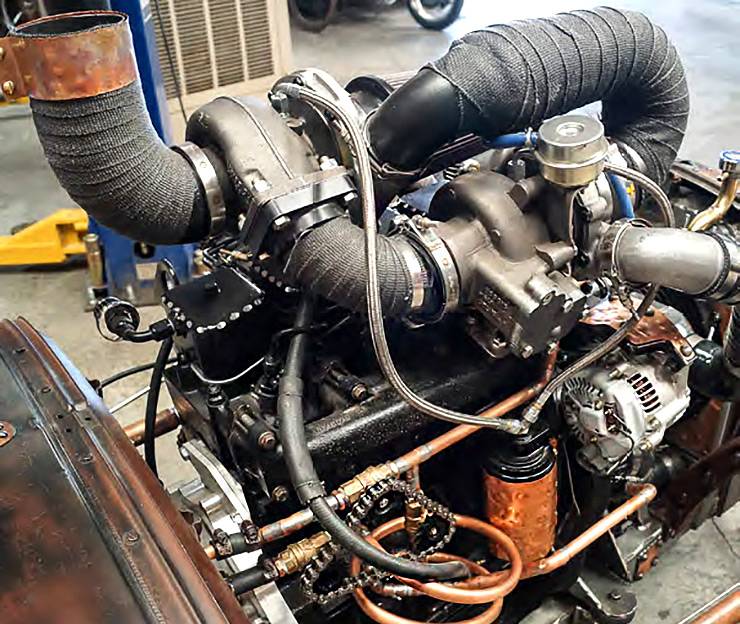 This 1930 Ford pours more black smoke out of the turbo exhaust pipe than an old fashioned locomotive.

The motor was built by engine specialist Industrial Injection, and allows the twin turbos to collaborate together with an even flow. Most of the engine parts were either copper covered or blacked out. The frame was custom built out of hammered steel. Dropping the Copper Rod to the ground is a set of airbags to adjust the desired ride height needed for your daily struggles on the road ways. Tying in the flow of the copper style on the doors, the shop’s “Welderup” logo was painted onto them.


While painter Travis Von Deeter decided to follow the copper theme of the rat rod with a paint choice, a rusty patina that was fitting for the truck. Traveling into the interior, you will see leather bucket seats along with finished wood trim center console and matching wood flooring panels. WelderUp spent numerous painstaking hours on this unique Ford pickup. You can see all of the talented work and creativity that they used to master this rod. Shop owner Steve Darnell is a mastermind and he had a big part in this build, along with help from the whole crew at his shop. 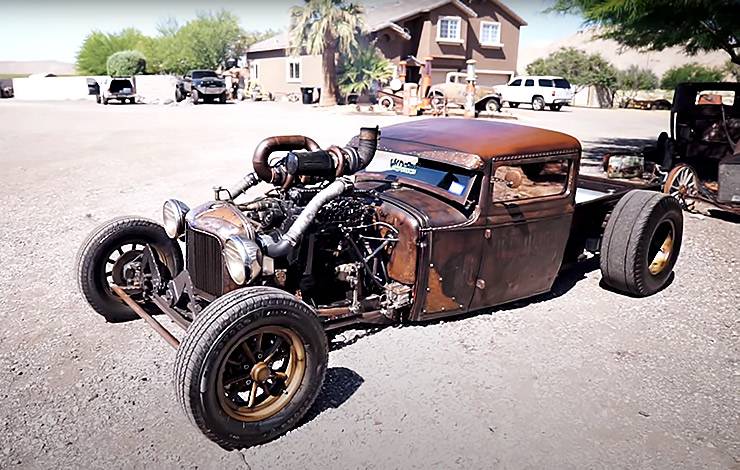 Bobby must have had a crystal ball looking into the future because everyone involved in the Copper Rod build nailed it on first try.